Going to resurrect this topic as the elections are getting close and people need to be reminded of the sack of crap that Red Flag Laws are.

If a person is truely a “danger to themselves and others” then they need to find a legally sound way to handle the situation,

There are already legal procedures in place for exactly this situation. They are for the commitment to institutions for evaluation of mental competence and safety. They are distinguishable from Red Flag laws in that they require a legal hearing with the individual having proper legal and medical representation before execution of a commitment order. Note that they are about removing the potentially dangerous (to self or others) person from general society, not the removal of only one possible implement of threat from the individual.

[WARNING: Violations of an individuals right of Due Process of Law occur weekly around the nation by enforcement of Red Flag Laws & similar types of legislation.]

Personally, I believe in resources! After all, I consider myself somewhat resourceful. Legal/Medical options exist nationwide, In the state of Louisiana we have what is better known as “Physicians Emergency Certificate.”

These acts are meant to safe guard its citizens from harming themselves and other citizens.

ABUSE OF COURT PROCEEDINGS, inflicted by former martial, non-martial sex partners, dissimulated family members, or friends! These types of behaviors and actions are illegal and offenders will face legal ramafications but the damage will already be done! Possible consequences of false accusations are such as,
incarceration, damage to public image, job, loss of friends, family, property, and even financial ruin.

Don’t be shy! IF you disagree with me, please share!

I could not disagree with you more. My son’s ex GF accused him of threatening them and of a hate crime with ZERO evidence. But the court hit him with a retraining order and are keeping him from even touching a firearm for 6 months over this “persons” unfounded allegations. Abuse of court proceedings may be a thing in in Louisiana, but it sure isn’t in Michigan!

This gets into a weird area. We know false accusations happen. But many jurisdictions are very reluctant to press charges even when it’s proven, because it would (supposedly) have a chilling effect on real victims, who would be afraid to come forward out of fear that they could face reprisals if they can’t prove the charges. So subjects of false accusations are frequently left damaged, with little recourse or ability to claim restitution.

Agreed! Which is why I so vehemently oppose these Red Flag Laws. WAAAYYYY too easy for them to be abused!

I think there’s an actual term for this when it comes to red flag laws. I can’t remember what it’s called, but it’s when someone makes a false allegation against you simply to take your guns away.

My state has a law against false informing (that’s not the term I was looking for, but it’s a term). I’m not aware if anyone has ever been prosecuted for this crime.

I could not agree more.

It violates a persons due process. 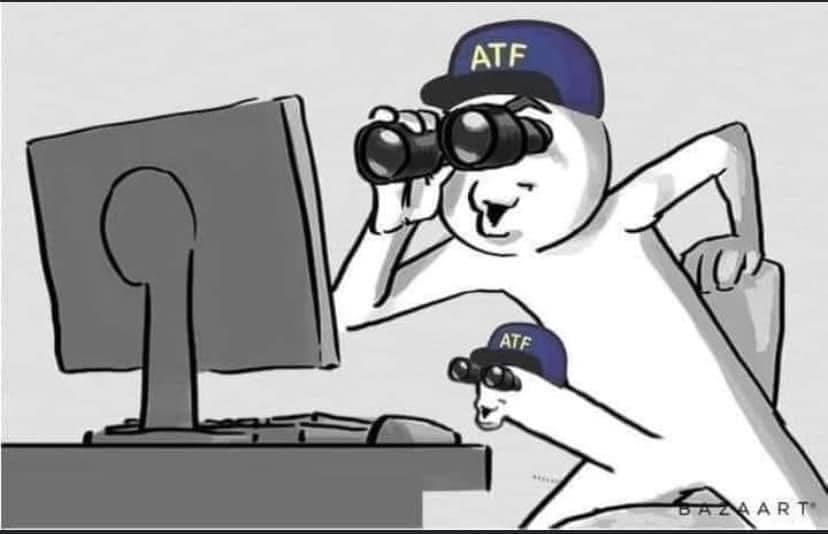 I feel that there should be Red Flag Laws, but how to do it is one of the muddiest laws that can be passed. On one side you have the wife of a husband that threatens to take away her credit cards because she charges too much on Amazon, so she takes away his firearms in revenge (I try to not be sexist, but just for instance). Then there’s the wacko that hoards enough guns and ammo to equip a small army and goes to Las Vegas to (you know what happened). I don’t have an answer. It’s been suggested that there be stiff penalties for filing false accusations; and making it well known that if you lie, under oath, you go to jail. The problem with that is that it ties up the courts and, in the meantime, nobody knows what the outcome will be. For a police officer to make that determination on the spot is unfair to him/her and the parties involved. To limit the amounts and choice of firearms, ammo, etc. isn’t fair either. I get ads to buy in quantity on a regular basis and that makes sense just like buying stuff at Costco. We elect and pay our legislators to come up with the commonsense answers. I hope we can trust them to do that.

I hope we can trust them

Sorry as this is off-topic, but do we know what happened? We know what we were told what happened. I don’t see how this would have changed with a Red Flag law.
His girl friend stated:

In a statement released through her lawyer at the time, she said she never imagined that “kind, caring, quiet” Paddock would be capable of what he did. “It never occurred to me in any way whatsoever that he was planning violence against anyone.

Officials wrote: "Throughout his life, Paddock went to great lengths to keep his thoughts private, and that extended to his final thinking about this mass murder.”

We elect and pay our legislators to come up with the commonsense answers. I hope we can trust them to do that.

Clearly, we cannot, no evidence to date of that.

Red Flag Laws are a direct violation of the 2nd, 4th and 14th amendments to the constitution.

You are forgetting the 6th Amendment which all of the red flag laws I have seen blatantly violate.

Dave not trying to be rude, but have you paid any attention to lib politicians and or all to often to some Republicans as well, have liberals come up with any common sense laws which you can agree with when it comes to gun control? Trust them? NO and NO!

I feel that there should be Red Flag Laws,

A couple for problems there:

As I noted above, every state already has laws that provide for both concerns.
.

Thanks to all of you responding. This is clearly a hot topic. Our country is and will always be a nation of different viewpoints. We are also a nation of laws. Some are realistic and some are not. That’s why I say that Red Flag Laws are so muddy. What the constitution stipulates, and reality are all too often not in step. I agree with all of you, but in real life, it’s just not happening. As far as our legislators go, vote for someone that can get things done for you, your community, state and nation. They need to represent us and get the work done.

When any law violates a persons right to due process… it should be done away with.

I agree with @Shamrock. It violates the 6th also.

-Right to face your accusers.
-Right to have counsel to your defense. 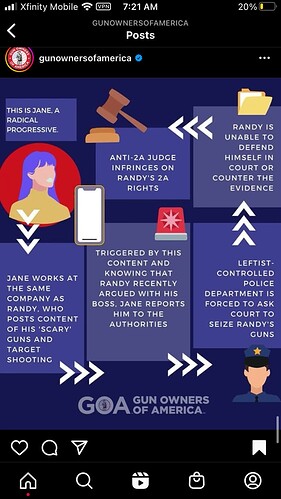 EXACTLY why RFLs are NOT in anyone’s best interest…

Of course this should be followed up by Randy suing Jane for libel, slander, filing a false report etc etc