Real talk about repealing the 2A 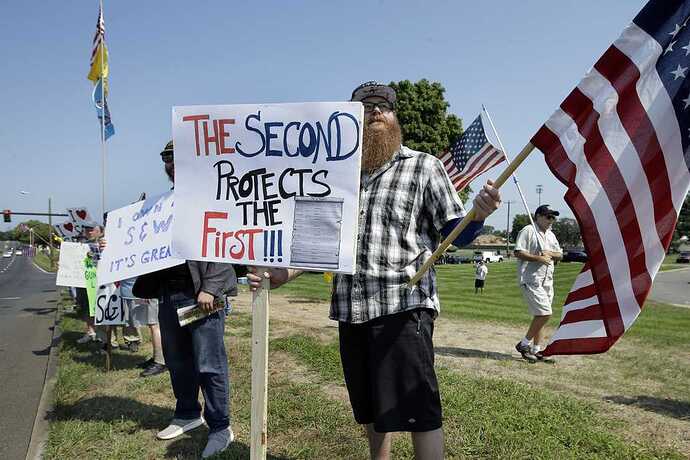 Connecticut Gov. Ned Lamont says he’s moving ahead with efforts to ban the continued possession of so-called assault weapons, even though several Democratic lawmakers in the Nutmeg State have sh...

Then let this BOZO STAND BY HIMSELF since he’s so bold and brazen. Then he can really get a whiff of what he’s shoveling. And a good dose of the Declaration of Independent and the US Constitution with all of its Amendments. He is the one who’s actually trying to tear this Country apart, by picking unnecessary fights. He should be arrested right now for attempting to incite rioting. When he’s left standing in cold, then it will be plain to see just how much smoke he’s blowing because of the false sense of security that he’s established for himself. He’s in the very region where it all went down in the first place, my goodness! SMDH! He’s either on something or withdrawing from something.

Since he is so convicted, why not lead by example; get rid of that protection detail. and any other security apparatus and be truly “open to the people.”

The Constitution is NOT subject to anybody’s WHIMS!

He thinks he’s saying what people want to hear, that is all!

He hinted at this before being re-elected, but didn’t actually make a move 'til afterwards. You’d think he would’ve learned earlier in the year when his 80 plus page gun control proposal ended up being 3 pages. Clown was after everything then, and would’ve turned many of us into outlaws overnight.
laMonts also getting sued by the NAGR…wish it was GOA or FPC, but seems those groups don’t bother helping the northeast.
The following article about sums up my main reason to move this coming year. Even the twice loser of a GOP candidate for governor is anti 2A…freaking taxes we pay, and the lack of representation we get. The quotes from our “reps” are pretty nauseating and unfortunately typical. 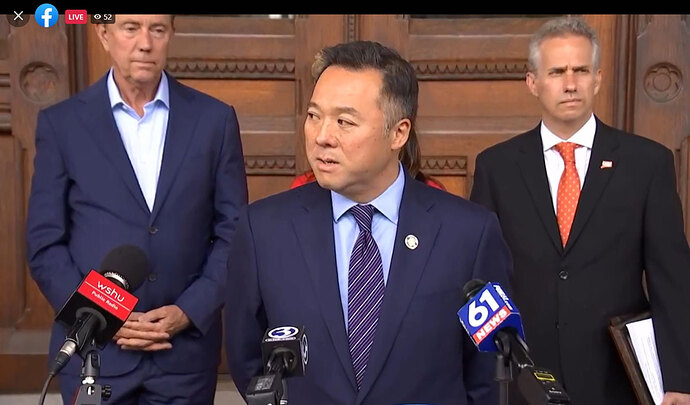 Attorney General William Tong, Gov. Ned Lamont, and CAGV Jeremy Stein Some of the Sandy Hook families were in a Waterbury courtroom Tuesday, while state

The following article about sums up my main reason to move this coming year.

Glad I live in Texas and have A good Governor

Doesn’t real have to have a sense of rational to it?Where is our compassion for these misguided statements? We are only furthering his cause by making light of it unless we are going to do something to help him. Bad mouthing him for his misguided ways only makes light of his cause and causes negative thoughts/emotions in us. Life is difficult but I am up for the challenge an can only hope we All are.

Why not simply impeach him for disavowing the oath of office to which he swore?

Sounds awfully simple. After all, he fought to get that job; now he deserves to lose that job. Amen.