Range targets - show them off! 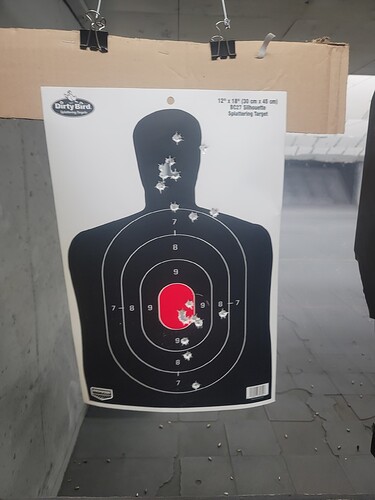 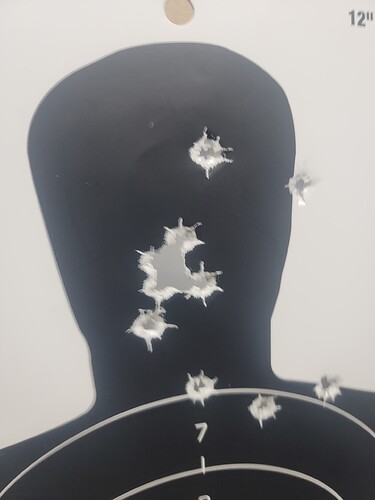 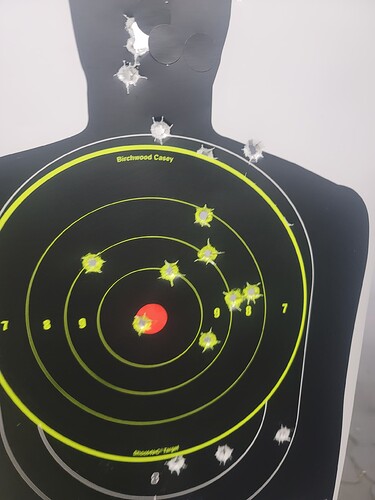 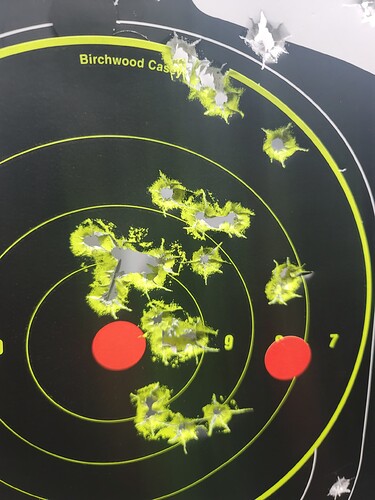 For some reason my New Canik wont fire 50 Grain. Jams every other round sometimes every round. recoil isn’t enough to kick back slide enough to rerack and camber next round. Friend of mine thinks the spring just needs to break in more

You seem to know a bit about critical defensive fire so if i could ask you. Brand new gun owner learing one step at a time. Obviously first few times out I have been working on safety/ Control and technique. First time i tried rapid “burst” type fire ( 3 or more consecutive rounds) i found myself drifting across my target.
Is that simply due to my hand control " grip " as I assume or is there something else to it 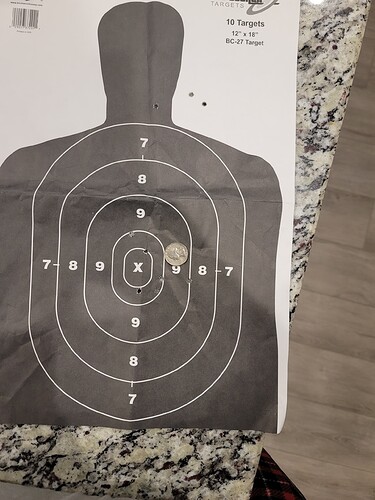 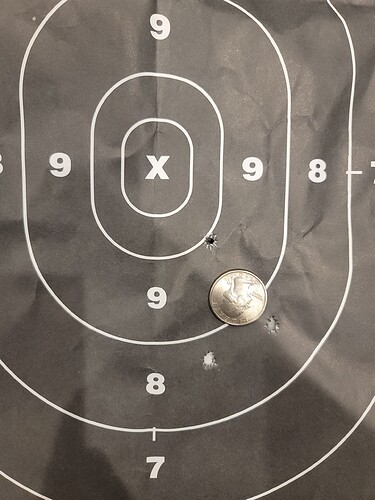 New Canik wont fire 50 Grain. Jams every other round sometimes every round 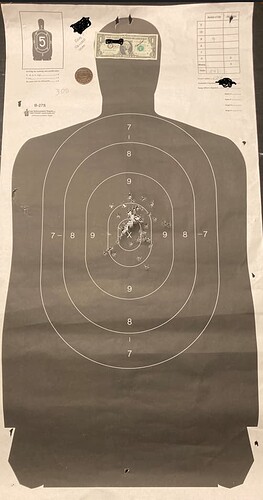 I regret to inform you that your target has passed away!
Nice job!

And do you realize that shooting US Dollar is a federal crime?

Congrats ! Not the crime, the score.

With regard to defacing currency, the crime occurs where there is specific intent rather than merely the act of defacing:

Yeap… but how do you define sticking dollar bill to the target and shooting at this?

Certainly not as intent to render evidence of debt unfit to be reissued.

I didn’t shoot the dollar bill. Mas signs a $1 bill if you tie his score on the qualification. I put the bill on after the shoot to document the training.

However, you raise an interesting point. With inflation, shooting $1 bills may be cheaper than shooting paper targets.

With the inflation rate you are still good. Mr Ayoob’s signature is worth all the world’s money

But that’s a good idea!

Barry, While long…lol That Video was very informative. Being brand new to pistol ownership I am still trying to learn all about the different ammo why it’s different and why the price varies so drastically. ( like holly crap lol)
that definitely helped me understand a little more that every firearm definitely fires different rounds different, and not to follow the hype.
my one question though, I was told it is safer to carry hollow point as you carry rounds mainly because of lack of travel, Basically once they hit their target that’s as far as they go to a point and less risk of going through the intended target and hitting civilians or other innocent bystanders. While yes I know as a responsible gun owner you always have to be aware of your surroundings god forbid the day ever come.
Does that statement of carrying hollow point hold any water ?

Depending on the ammunition, distance, and caliber, a hollow point round can still pass through and keep going. Ball is particularly good at continuing to travel due to the lack of energy transfer. I personally prefer Federal HST or Speer Gold Dot. What I did was watch videos of FBI style ballistic tests, and asked around to see what people I knew were carrying. I have a 45acp Winchester ball round and an HST I recovered from the dirt, and they definitely tell a story imo.

No worries, we are all here to learn from each other. As with the range and hunting, always be aware of what’s beyond your target. I’d hate to accidentally wound an I’m person during act of stopping a threat. Hollow points are, in most cases, better at transferring energy to the target, but they don’t always stop in your target. While a hollow point is preferred for defense situations, I would definitely rather have a ball round over a stick. 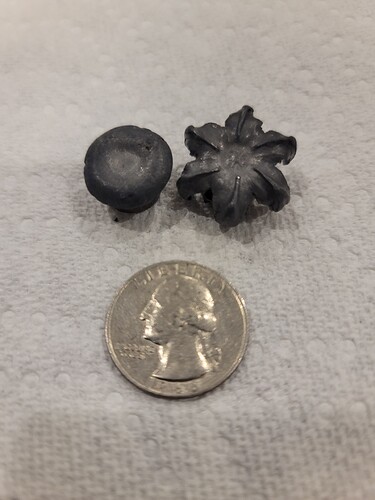 Basically once they hit their target that’s as far as they go to a point and less risk of going through the intended target and hitting civilians or other innocent bystanders.

You summed it up well!

And consider that an expanded hollow point bullet that has passed through a bad guy has lost a lot of energy and is a wide flattened mushroom shape, instead of a truncated cone shape. You still don’t want to hit an innocent person, but the potential energy is going to be less than if you missed the bad guy and the innocent was hit first.

Thank you for taking the time to watch the video I posted. I feel like there’s much more information in there than what the title leads you to believe.

The ultralight 50 grain rounds theoretically would have the least amount of over penetration. But it’s likely they won’t penetrate enough if presented with a less than perfect shot angle. The penetration could possibly be inadequate for someone in a leather jacket and heavy winter clothing…

There are a lot of seemingly abstract numbers when you get into the firearm world. The measurement of bullet weight in grains being one. For perspective there are 7,000 grains per pound. 437.5 grains per ounce. So “normal” 9mm bullets weigh a touch over 1/4 ounce. The little 50 grain civil defense bullet is less than 1/8th of an ounce!!!

@Nathan57 is a firm believer in using ammunition that meets the fbi ballistic gel penetration standards.

Best wishes to you on your quest for knowledge here!!

“Every advantage has a disadvantage.” Barry54