Not sure how I feel about this.

I hope that the lack of the red wave at the mid-term elections has woken up the Republican party.

it seems as though Trump shoots himself every time he says some thing, and he didn’t call out the people on the stolen election,don’t know it that really would have done,given to the Passivity of the People, but that would have shown or not shown how far America has fallen or not fallen !

If they hadn’t raided MAR-A-LAGO I don’t think he would have ran. Now he is pissed and want’s revenge, although I don’t think this is the proper platform. You can only take being

on for so long.

Heard this on the radio:
“If he focuses on Inflation, Border, Crime and stays totally away from stolen elections he may just have a chance”.

I have to agree.

It was a “clean” speech and focused on Biden’s accomplishments or lack thereof.
Make America Great Again, literally!

He has my vote until someone beats him in the primary.

The epic battle will be between DeSantis and Trump!
If it gets nasty we are back to square one!
We don’t need that type of drama.
The first big challenge is how to get rid of traitors within the party, Mitch McConnel needs to go! 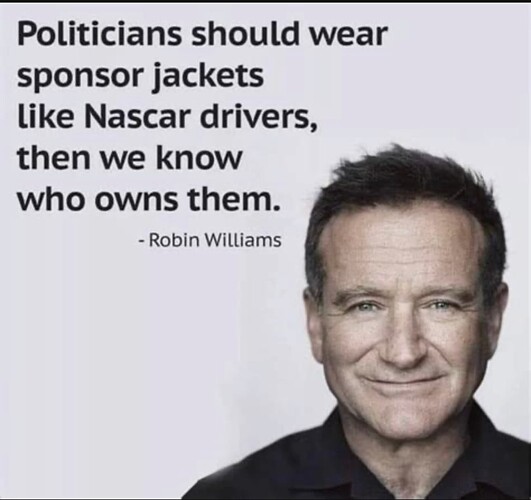 Well, if the way he has been attacking fellow Republicans is any indication. I don’t know how I feel either.

I fear Trump style attacks on anyone running against him in the primary will further fracture and weaken the Republican party. If I were Desantis I would sit this out which is unfortunate because Desantis is the President we need. Further Trump running means all the lib nuts will be fully engaged and active against Trump and even if Trump gets elected will he face 4 years of constant attacks and impeachment hearings.

With that being said if he wins the nomination, I would vote for him, we need to get the failure Biden and or anyone else that runs in his place out of the Whitehouse.

Ha ha, you know, Trump is probably the closest thing we’ve had to that. Because everywhere he goes, he’s sporting Trump brand products. I’ve joked about how he’s the most transparent president we’ve ever had, and it turns out we don’t like transparency as much as thought we did. That was in reference to his stream-of-consciousness Twitter feed, but I guess you could also say we knew where his money was coming from, unlike his competition.

Here’s a possible (probable?) scenario: Trump doesn’t win the nomination, runs as a 3rd party candidate (as he’s done before on multiple occasions), and splits the GOP. Biden wins in 2024.

I have a great respect for what President Donald Trump can do. I think he can turn the country around for the better. For the life of me I can’t follow politics. It is like watching a sport where the rules keep changing and I can’t keep up.

Ha ha, I’ve said the same thing. Or rather, I’ve said I used to know what the rules are. Since 2015, I have no idea. Trump is a big part of that change, as he definitely broke the mold, but it’s also the reaction to Trump, social media, cancel culture, etc. Politics used to be somewhat predictable, but now it’s just chaos.

In a way, he did. He said he’s going to insure we have voter ID, one day voting, and paper ballots.

Maybe that’s not directly saying they stole it, but it does say we’re going to take away your burglary tools.

The more I think about it Trump can only turn it around in the media; it is up to each individual to turn the country around.

Kind of like the AZ SOS supervising an election in which she’s a candidate?