Kevin Michalowski, Concealed Carry Magazine Editor, discusses the slingshot method of releasing the slide in this Into the Fray from 2017. He gives a few different points as to why he uses it and why you might want to use it. 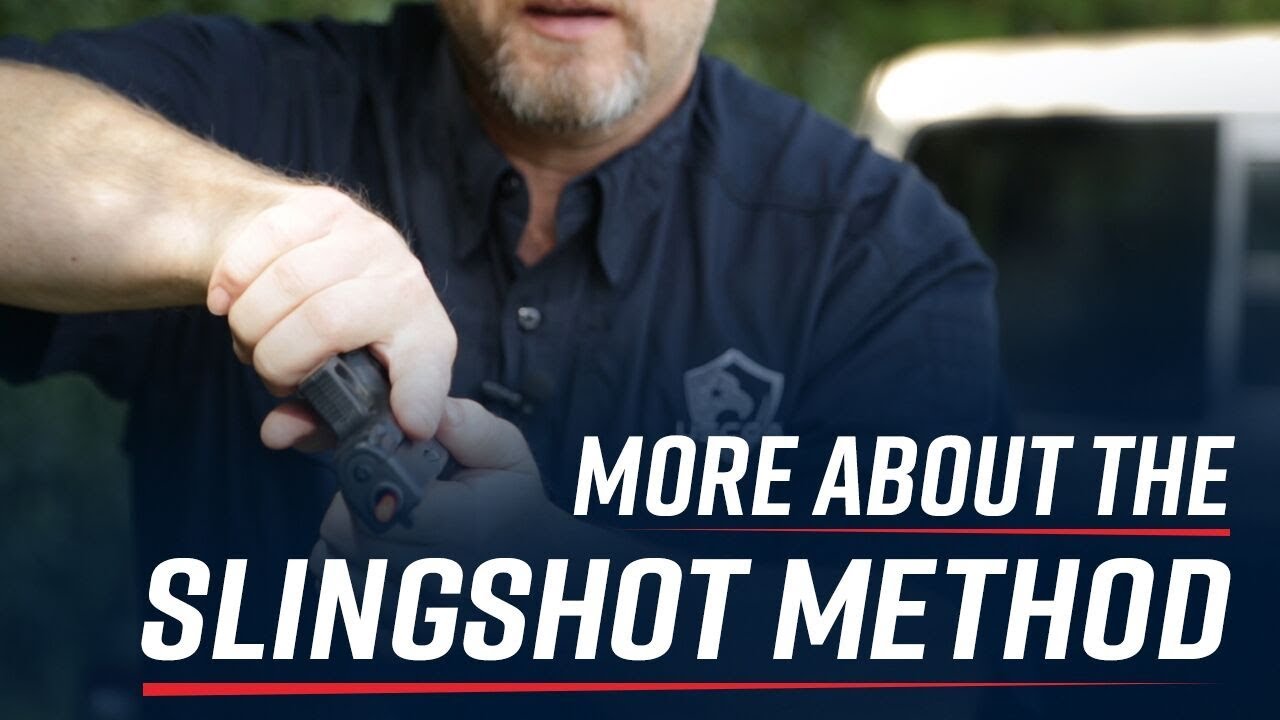 One other popular method for racking the slide is to make a C with your hand over the top of the firearm.

Which method do you use - share your why below!

Full grip, back of palm and fingers, better grip/control and it uses gross motor skills rather than fine motor skills.

Over the top is my first choice, but there are few situations I’m using slingshot - mostly during clearing malfunctions. Being left handed, slingshot method forces ejection port to face down.

With my first semi-auto, I adopted the slingshot approach without thinking about it. I have tried to change, but old habits die very hard when muscle memory is involved.

Hold the slide, push the firearm.

I prefer under the leg or behind the back over either you listed.

The only sling-shot I do is my Ruger Mark II. The slide is internal and if you’re not familiar with that firearm there is like a cone cup thing on the back you grab to rack it. 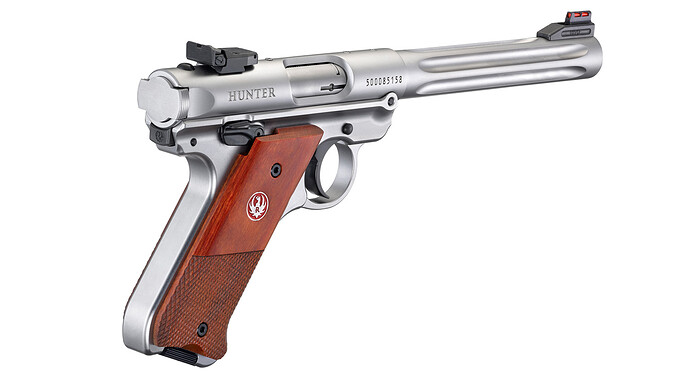 I use both but in differing circumstances. Not always a good idea, but I have an issue with beefy recoil springs, like on my Kimbers. Not such an issue in 9mm and .22LR. Actually, not such an issue on my SIG 1911, just Kimbers.

IMO… the “slingshot method” I keep seeing on YT is not what I’ve seen personally… maybe it’s called something else? If I showed you overhand racking that only used the pinky and thumb and said overhand racking doesn’t give you a good grip, someone would say that I’m doing it wrong, correct?

The “slingshot technique” I’ve seen and previously used is the same palm and fingers grip as the overhand, except the palm is on the ejection side of the slide with thumb running under the ejection port. The grip on the frame is the same except it adds the thumb for extra grip. I’m not saying it’s better than the overhand technique, but I don’t see any YT’ers illustrate it when they are making the racking technique arguments.

Both depending on weapon & of course slide release/lock .

I always love this discussion for this reason. …and the good ole almost forgotten Luger action! There are other semi-auto pistols with which I find the hand over slide (HOS) method to induce malfunctions. Micro or pocket pistols (aka mouse guns) are hard to use the HOS method with without eventually inducing a Type III malfunction due to the palm of your hand covering the ejection port. I’ve also had a quite a few students show up with sub-compacts who unconsciously bring their support hand over the top of the slide by coming up and over the muzzle and front sight post when they get in a hurry. Not good! I have invested a ton of time in BOTH methods over decades so that I can use whatever works best in any situation and so that I can teach both effectively. In my opinion, the main things are to pull the slide/cocking device with the support hand while pushing the pistol forward with the shooting hand and to avoid riding the slide forward.

That was the same way I started doing it as well. It would be hard for me to un-learn years of muscle memory.

While stranding on one foot with your eyes closed. That’s the ticket

Slingshot
Why?
Any other way is awkward for me.
It works for me !!

I’ve always done the slingshot. Never really thought there was another way.

In a Dynamic Critical Incident when your adrenaline flows, you’ll lose much of your fine motor skills. Empirical data shows that C-over-the-top, as it’s referred to here, takes less fine motor skills and is more efficient at racking the slide.

Four fingers and a palm have more strength to clear a malfunction than a single finger and thumb.

The reason I personally chose the “slingshot “ method over the C-clamp is primarily because I’m a left-handed shooter. When I roll handgun inboard the ejection port is towards the ground.
However, I routinely train all 3 methods of returning the slide to battery; slingshot, c-cup and “slide lock/slide release” (slsr).
When I practice the slsr method, I use all 3 methods of release; strong thumb, support thumb, and trigger finger. Being left handed has allowed me to be more creative in handling situations. These methods have been criticized by some because it uses “fine motor skills” as a remedy. Well, “fine motor skills” are required to press the trigger and the magazine release.
I also train and practice strong hand and support hand only manipulations.
To me, it is all about training, practice and discovering options. The only wrong way, is the one that doesn’t work.

The only sling-shot I do is my Ruger Mark II. The slide is internal and if you’re not familiar with that firearm there is like a cone cup thing on the back you grab to rack it.

I have an old Ruger MKII also. Had it for years and I still have to get the manual out so I can put it back together every time I clean the thing.

I actually use both racking methods depending on the weapon and circumstances. I bought a set of Arachno Grips for my P-365 and wow what a difference. Always use slingshot on it.

Now that arthritis is taking a toll on my hands and grip I bought a 3" wide roll of 80 grit walkway non slip tape that I cut a piece of and stick it to the top and or side of the slide of a couple other weapons. Makes a HUGE difference in grip and ability to rack the weapons.

Hey @Steve162 , during a possible DCI what at point do you think about and make the decision of which method you’re going to use?