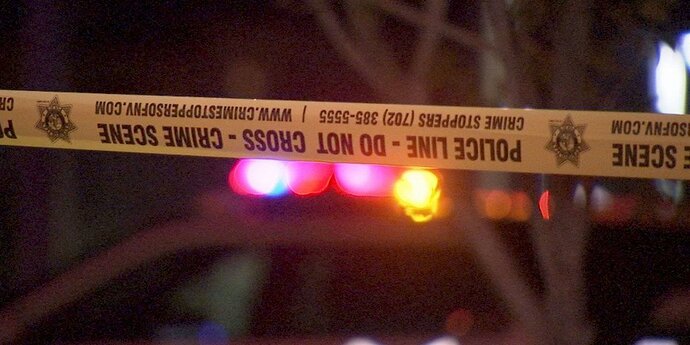 The Las Vegas Metropolitan Police Department says a man who shot a 16-year-old early Monday morning in the west valley did so in self-defense.

Sounds like a good shoot. Age is irrelevant, he heeled first. There are kids younger than that killing people for their car keys as gang initiations. I would not take a bullet because it was a kid doing it. Period!

Yea. I was robbed about 4 years ago by two kids that was about 16 or 17 they robbed me in the daytime at gun point the kids now days think that it’s like a video game out in public until it don’t go the way they planed

Hey, grammarian, he did not emphasize “that was”, “don’t”, nor “planed”. Neither did he put a space at the end of his statement nor a period. It would appear you misquoted him, or, yourself, made several errors. What is your point? Are you incapable of understanding him?

I saw he was up to his old tricks of changing the title of a topic after people started commenting.
That is why I still have him on IGNORE!!!

The title of the range thread was changed by the moderator.

I’m pretty sure that’s the way I wrote it.

If the man was in fear of his life and had no escape then that was a self defense shooting, age is not a player there have kid’s 3 and 4 that have killed someone, as i always say situational awareness and conflict avoidance go hand in hand. Stay Alert Don’t Get Hurt.