The article offers some insight into motivation of a sick mind. 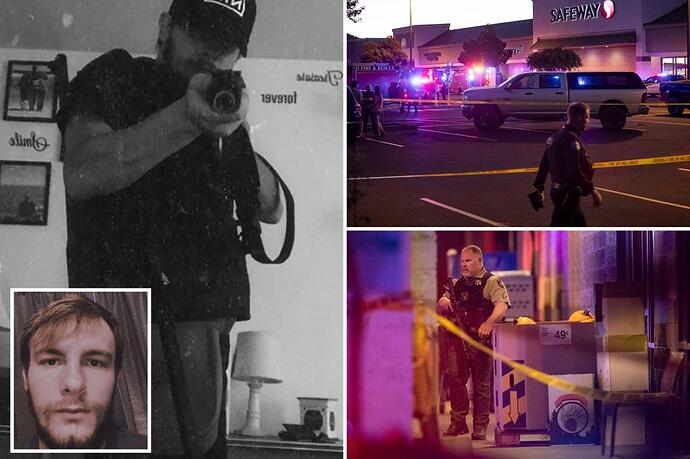 “In his rantings, he blamed the isolation of COVID-19 lockdowns as well as feuds with his family and frustrations at being unable to find a girlfriend.”

I’ve shared this story several times, but I once had a psychologist warn me against trying to understand the motivations of people who are mentally disturbed. In this case, it was in the aftermath of the “Dark Knight Rises” shooter in Aurora, Colorado. All of the news outlets were obsessed with the shooter’s motivation.

This psychologist looked at me and said with what little information that had been released, she could already infer that he was not a rational person, and rattled off some likely conditions. Then she said (I’m paraphrasing), “They need to stop trying to understand why he did what he did. He didn’t have a rational reason; he was crazy. If you could understand why he did that, you would be crazy, too.”

Or as J.R.R. Tolkien wrote, “It is perilous to study too deeply the arts of the Enemy.”

she could already infer that he was not a rational person

In all fairness, I haven’t talked with a rational person in years.

I haven’t talked with a rational person in years

Spending too much time on this board?

I agree with the professional opinion. However, there are themes we see over and over

I am afraid a subculture has formed, yes, it is a deranged thing, but dismissing it is not prudent. What I’d like to happen, is federal law enforcement conducting a study on this, and on methods to disrupt it.

That’s true, and there’s a definite profile as well. Sorry, I didn’t mean to imply that there’s no value in researching these crimes. Just sharing a warning I received a decade ago- don’t get lost in the search for answers, because sometimes there aren’t any.

An oft-repeated question that I would paraphrase, where were mass shooters in the 40’s, 50’s, or 60’s?

We have lost the value of applying the “Board of Education to the seat of knowledge.”

An oft-repeated question that I would paraphrase, where were mass shooters in the 40’s, 50’s, or 60’s?

Weren’t the 60s more known for assassinations than mass shootings?

I think evil has always been with us. Check out, for example:
List of attacks related to secondary schools - Wikipedia This lists many events in each decade since the 1850s.

There is also one of the worst attacks ever on a school in the United States, committed in the 1920s and without firearms.
Bath School disaster - Wikipedia

@Ouade5
Let me clarify, my comment was limited to perpetrators within the age range of the Columbine and Dark Night shooters.

If somebody understands crazy person, that means he / she also crazy.
Mentally unstable person needs a treatment, not understanding nor interpretation.

So the sick little bastard wanted to get famous by killing innocent people at a grocery store. No friends, no sex, no what ever, he get’s no sympathy from me.

Weren’t the 60s more known for assassinations than mass shootings?