There are now 20 states that do not require a permit for concealed carrying a handgun. Starting September 1, 2021, Texas will join the ranks becoming the 21st constitutional carry state.

If you live in a Constitutional Carry State, will you be taking the training to get a concealed carry permit for reciprocity when you travel?

What effect do you think constitutional carry has on the crime rate of those states?

There has been a lot of shootings in the town in which I live lately!!! I would rather carry and be safe for sure!!!

I bet crime goes down in constitutional carry states because the criminal will know that others carry also.

I took CCW training 2 months ago and sent in the papers that same day.
Still waiting for the card to show up in the mail.
It usually takes about 3 months for everything to get processed.
Still, I wonder if the FBI are slow-walking fingerprint requests to punish those of us who believe in the 2nd.

The first CHL I got was when I was living in Texas. My fingerprints are hard to take since my finger tips are very smooth. The first two attempts were rejected. I went to the fingerprint guru at the Dallas P.D. and sent in a third card. While waiting for the results I called the CHL dept. in Austin and got a secretary that said they never reject them more than three times so I would be good to go.

When I moved to Oklahoma I converted the Texas CHL to non-resident. The SDA(Self Defense Act) license in Oklahoma is a similar process to Texas. You get two tries to pass your fingerprints before you must go to OSBI headquarters in Oklahoma City. After two rejects I went to OSBI and the person there just used a roller and ink pad. When I told him his process was the same that was already rejected, he told me the difference was he would guarantee that I passed.

So, I guess like the no more than three rejects rule, there are a set sequence of steps they follow. Unfortunately none of the processes appear to be expeditious. But I wouldn’t rule out your comment about the FBI.

What scares me is the fact that, although a very small percentage, there are those uneducated few that will be carrying with the mindset that a gun is the first response to any conflict not the last defense.

Imagine, if you will, 2 cities. City #1 has passed a directive that all law abiding citizens of age are required to possess and carry a firearm at all times when out in public UNLESS they have a religious or personal conviction against obeying this directive.

City #2 passes a similar directive that FORBIDS any citizen from possessing a firearm for any reason.

You are a convicted felon who wants to rob, murder, etc.

Which city would you choose?

LA, Chicago, NY, Detroit and many more…is that why they are so highly populated ??

The way I’ve been hearing it, all of the populations of these cities are being reduced-one way or another.

City #3.
It’s where the government keeps its nose out of my law abiding business and lets me live in peace. 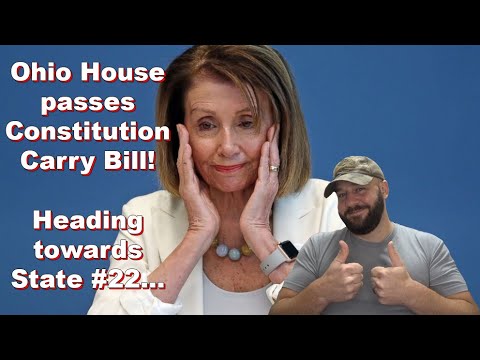