Migrants need to learn English because that’s the only way they’ll get ahead. You can speak whatever language you want in the United States. We’re not China, we don’t repress other languages because we’re afraid of what they might be saying. In my hometown, we had a lot of German speakers. I couldn’t communicate with them, but it never bothered me that they were speaking a different language.

Where Spanish enablers sometimes miss the mark is that when they graduate students who can’t speak English, they fail to prepare them for civil life. Spanish speakers can actually get by ok, other languages less so. But the laws and common language of the nation are in English, and those who never learn it will always be treated as after-thoughts.

Look at the way we dissect the 2nd Amendment and argue over comma placement. Can someone who speaks no English defend their right to bear arms?

Look at the way we dissect the 2nd Amendment and argue over comma placement. Can someone who speaks no English defend their right to bear arms?

Coming from countries that they are not “allowed” to possess firearms, many probably believe that we should not be “allowed”, either. The huge cultural shift in our country enhanced by the different languages is affecting us, and our nation. These were some of the reasons for the fall of the Roman Empire. Remember the Biblical story about the Tower of Babel? Same issues.

The huge cultural shift in our country enhanced by the different languages is affecting us,

Again, though, I don’t think language is the issue. Plenty of English-speaking Californians flee to Texas and vote for the same things that ruined California. And plenty of non-English speakers come here because they want the freedoms and opportunities that we have. I have a relative who migrated here, and yes he now speaks English (along with several other languages). Like many new gun owners, he was very uncomfortable at first. Now he’s a citizen and enjoys freedoms that he didn’t have growing up.

Now, there’s a distinction. He’s a legal immigrant. Illegal immigration is an issue, for sure. But if someone’s language doesn’t really bother me, much. We barely speak “English” in this country, anyway.

We barely speak “English” in this country, anyway.

Due to the immense immigration, legal or otherwise, people from other countries bring their culture with them. Yes, that can, at times be good, but if they do not let go of their culture and country, it negatively impacts our society and nation. Again, use the Tower of Babel and the Fall of the Roman Empire as learning guides.

Both my wife and I are second generation US. Neither of us hold onto the idea that we are X, we identify as Americans. Many that come and speak other languages, do hold onto their culture and do believe they are still X - La Raza is a good example of that. The 3%ers are named that for the idea that only 3% of colonists fought against the Brits. How many of those immigrants do we need, then, to overthrow our society? We already have at least Spanish in all of our documents and labels. It is not that they can’t speak English, they do not want to learn it.

In the short amount of time I spend in other countries while leisure traveling, usually a week to 10 days, even though they mostly speak English, I end up picking a bit of their language and dialect, why can’t these immigrants do the same? The answer, they do not want to. Why is the question to ask, and the answer is one you clearly do not want to accept.

Bingo. No common language - no common goal.
To exacerbate things, our global adversaries all have common language, and do not subscribe to “melting pot”, much less “salad bowl” concepts.

There is no incentive for them to learn English. They are getting along just fine and far to many on our dime.
I’m in Az and I see what they are doing. Stores are hiring Mexicans legal or not because they speak Spanish.
We feel it’s gotten out of hand. Sorry.

We will be dealing with this subject for a very long time. What I hate is when you pick up the phone and you are told "if you want to speak in English press 1. If they want to speak in Spanish or some other language they should be pushing 1 not us. I do not care who comes into our country as long as it is the legal way. If people want to come to our country they should adopt our way of life, not try to bend us to their way of life.

Exactly right William400, and we need to speak up about it.

While I think the AR is a fabulous defense gun it’s hard to carry in your purse. Consider getting your wife a Smith and Wesson M&P 380 EZ. It’s a great gun for women and especially starting out. The ABSOLUTE best gun advice I’ve ever gotten is NEVER LET YOUR HUSBAND PICK YOUR GUN!

Dennis the same thing is happening here in Kerrville, Texas as well. I guess as long as we have the Biden administration we will be stuck with it. Hope you have a wonderful day.

That’s right, but we have to let our senators and representatives know that we aren’t happy and we are watching how they vote on things.
You have a great day as well William.

Didn’t pick hers, simply bought it for her after she qualified with the S&W M&P 9 EZ: 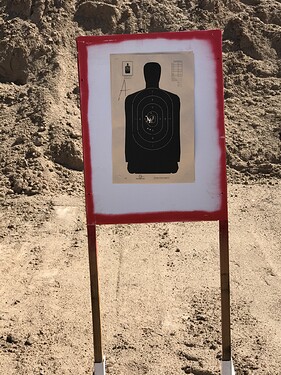 Excellent! That gun wasn’t out when I bought mine or that would have been my choice as well.

Thanks Dennis and hope you have a wonderful day.

Yes, I should have said with proper ammo selection, no green tips! 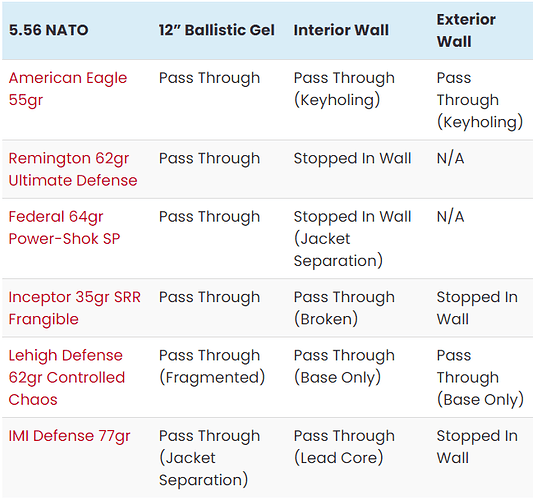 Potato chips. I like that, Kind of like the government attitude regarding money. “Spend all you want, we’ll “print” more.”

I am curious. If they manage to pass a “law” banning AR-15s, and given the number of National Guard troops sent down to D.C. to protect our “fearless leaders”, how many of those “leaders” will be willing to walk down the Capitol steps to inform those troops that, when they get home and take off their uniforms, they’ll have to turn in THEIR AR-15s?

You mean all those un-armed Soldiers standing around in D.C. with no ammo issued to them? I’m sure they’ll be happy to turn in their worthless M4s. Their personally owned AR15s? They were all lost in a boating accident during the mobilization to D.C.