I started another post in the training section about whether to use the slide release to your gun or sling shot it when reloading. Through that discussion I found that all M&Ps have slide locks, not slide releases. I have three M&Ps; PC 9mm Shield, 45 shield, 2.0 full-size with 5” barrel. I have always gone over hand to rack the slide for a reload, because that’s the only way for the shield 9mm to chamber a round. That being said, I have been able to get the 45 Shield and my 2.0 to chamber by pressing the slide stop. The Manuel says nothing about this. The Manuel just calls the slide stop a slide stop, and it says to rack the slide to chamber a round. I’m curious to hear I put from other M&P users.

I responded on your other post about owning a MP Shield, 9mm. I have been able to use the slide lock as a release but it is a hard press. It doesn’t want to move sometimes after I have been shooting a while. I think my thumb gets tired.

I actually have two Shields and one is a little easier than the other. Somewhere I learned that it was not intended to be a “Release”, so I have started now just skipping the slide lock and using the manual hand rack, that way I will be consistent with my other pistols. I do really like the Shield and am thinking of getting one with the red dot already mounted. The Shield fits my hand like a glove.

For me it’s easy. If slide stop cannot be used easily as release - it means it was not designed for it.
However it doesn’t mean you cannot use it as release.
The are few situations you want or have to hit it to close the slide.

When you want to do fast reload, as fast as you can - it won’t work in any M&P handgun.

@Scoutbob, I’ve jumped with the answer from the other thread:

M&P 2.0 with newer slide stop button gives option to have auto slide forward when you slam a mag.
Not everyone is willing to do this because you loose warranty, but it is possible: 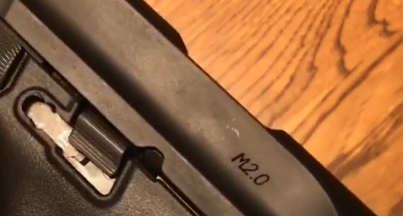 Removing the small part in front of the button on left side makes the trick. It also makes it easier to press button on the other side.

Hmmm thank you for this. Like I said in the other post, I pulled the gun out and hit the slide stop and it was actually easier than I remember. I have just never regularly used it to avoid wear. I also want to train universally because I would hate to use my 9mm shield and mess up my reload. The 9mm shield slide release is not going to budge.

I just wish the M&P 2.0 Manuel specified pressing the slide stop as an intended option by the manufacturer. I read in another forum that they did make significant changes that were not addressed in the Manuel. The good thing is if for some reason I could only use only my right hand (like you said in the other post, it’s not ambidextrous), I would be able to release the slide. I wonder if S&W made this release feature a real slide release, but they don’t want the life time warranty to cover the slide lock being worn down

I’d say - if not written then not designed.
And have no idea why M&P designed it this way.

Riding the slide is definitely universal. 100% semi autos will work this way !

I agree. I’m a stickler for following protocols, so doing something against the Manuel (other than the silly legal jargon) would bother me. I love my M&P, but this is definitely a downside of M&P. I’m finding many instructors recommend using a slide release for quick reloads. I’ve heard instructors say the opposite too, but I would like to have the choice. 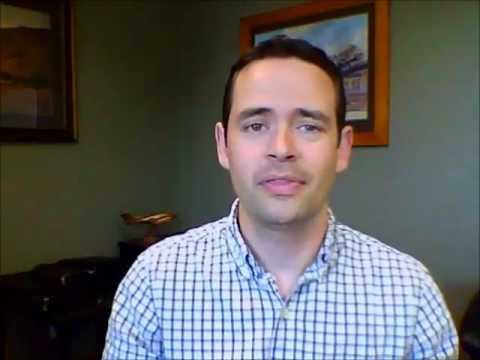 This guy actually sanded down a 1.0 with 600 grit sand paper to make the release easier to use. I wouldn’t feel comfortable with that, but it is interesting. People have been using the M&P slide lock as a release. I have heard others say that just because it’s called a “Stop” doesn’t mean it can’t be a release. Apparently Glocks mag release button is called a “mag catch”. BUT unlike M&P glock specifies the use of the mag release as an appropriate way to chamber a round. M&P does not.

We do whatever works the best.

If there is an option for slide release, I’m using it. Otherwise I ride the slide.
The only exception - I love auto slide forward

. This is my first choice if possible.

Regarding Instructors recommendation - they have their own thoughts and teach according to them. However I value Instructors who can teach whatever I am comfortable with after they confirm it is correct.

Slide release or ride the slide?
Weaver stance or Isosceles stance?
All is good if you can execute it fast and accurately !

I constantly use the slide stop/release to close the slide. At first it was a hard press, but as with all/most moving parts it became easier with time and regular cleaning and lubricating. If you haven’t been using it as such it’s likely just stiff from lack of use.

Thanks for the input. Just for clarification, which M&P model are you referring to?

@Scoutbob - great video. I didn’t know it could be done on M&P ver 1

I am an M&P man myself. I use the slingshot method because the slide falls forward easier. Now I have used the slide stop and the slide did go forward but it takes more effort. I have not looked at the manual so I don’t recall if it mentions anything about it.

M&P 2.0 9C
I just got a full size performance center optic cut M&P 2.0 and noticed the slide stop/release is pretty stiff. I’m sure it will ease up with time and a little lube.

I have zero issues with shield 45. Its just as easy as any other gun…

I cleaned my 45 yesterday, and noticed it was really easy. I’ve used it as a release at the range a handful of times, but I have always gone over the top to rack the slide. Part of this is because I have instructor who taught me this (there is another topic on this in training). The other part is my first carry gun was a Shield 9. The slide stop does not work as a slide release at all on the 9 (I haven’t messed with the 2.0 shield 9). So I’ve always had to rack the slide to chamber a round. I’ve discovered that M&P does not advocate for using the slide stop as a slide release. BUT it obviously works on the 2.0s I’ve handled (I coincided the 45 the first 2.0 because it has all of the same upgrades). Glocks Manuel designates it’s slide stop to be an appropriate way to chamber a round. The M&P Manuel does not. That doesn’t necessarily mean it can’t be used as one. It’s just interesting to me.

I agree. My only argument is hitting a slide release will always be faster. That being said, I’m sticking with over the top. This method works for all of my firearms, but the slide release method does not.

I agree. My only argument is hitting a slide release will always be faster. That being said, I’m sticking with over the top. This method works for all of my firearms, but the slide release method does not.

I agree with you both.
In 100% cases riding the slide works ! Using slide release may be faster… How to balance these?

Most of us carry one EDC handgun - why don’t practice the best method for this one? But keep in mind the other option is also available.
If you have 2 handguns at home - dry fire with both. Learn how to fast reload EDC, then throw it to the ground, take another one and reload it the other way.
Then you will always remember how to fast work on your EDC and all other handguns.

I have zero issues with shield 45. Its just as easy as any other gun

You are %100 correct. The shield 45 slide release works just fine. I’ve been practicing both methods lately with it. My M&P 2.0 full size slide release also works.

Shield 9 does not still, but that’s fine. I practice relaxing with slide release and racking the slide now. Doesn’t hurt to be able to do both.

If it works, I’m going to learn to use it.