Lauren Boebert and her neighbors

Lauren Boeberts Neighbors are reportedly claiming that she shot their dog, after having a long history of her son playing with them, bringing them to her house, and being familiar with the property.

Apparently one day the dog got out of the house, and the dog attacked Boeberts Lamb, and according to the neighbors on the Facebook post, Boebert shot the dog, and they went around asking, where the dog is because it went missing, and Boebert didn’t tell them they shot the dog, and that Boebert hid the body, that she knew it wasn’t dangerous, they knew the dog, they could of got the dog, while simultaneously saying the dog had hunting instincts, and that they found out that Boebert shot the dog through the appropriate authorities, who fined them for having a dog running lose.

Another neighbor went online on the post and told them their SO shot 2 dogs and not Boebert, Boebert is denying that she shot any dogs. 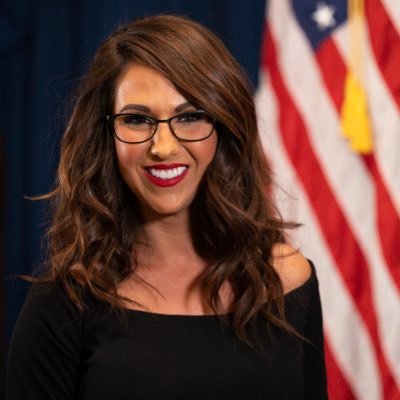 @laurenboebert
For the uninformed trolls: The story that was started saying I killed a neighbors dog is not true. I've never shot or killed any dog, ever. A neighbor told the police that he shot two dogs.

@laurenboebert
As I understand it, the dogs he shot were wounding and killing livestock in our neighborhood including several of our family's goats. Again, I had nothing to do with this and I believe there is a police report that verifies the neighbor's account of why he shot the dogs.

Yaritza Mendoza
23h
·
Dear Lauren Boebert,
It took me a while to find the courage to want to publicly talk about the emotional trama you caused me along with many others. I was scared of the power you hold as a U.S. representative for Colorado’s 3rd congressional district. I was scared of the way you are praised around this valley. I was scared of the arrogance that your head is filled with while you carry a gun. I was scared as your next door neighbor. However, I am writing this now to let you know I am no longer scared of you. On August 17th, 2022 you took my bestfriend away with the “power” of your gun. My two year old husky omega was taken away from my family and I in the course of a couple hours.
Omega was NOT a violent dog. You Mrs.Boebert are aware of this. Your youngest son spent countless hours playing with her; he even would take her over to your house without our consent. We communicated with him to stop taking her off our property for safety reasons. We always allowed him to play on our property with our dogs. We also welcomed him every single time: he even created a friendship with my younger cousins. You were aware of his actions yet never communicated with him to stop.
Omega was in a wired fenced property. Her leaving the property was rare. On the other hand we had your dogs on our property multiple times. Your dogs would bark at my family and even scare us into not wanting to get off our cars. The authorities were contacted yet they did absolutely nothing. On one occasion your dogs attacked my eldest dog and ripped a piece of her ear. Yet regardless of the harm they caused to my dogs we never once had the heart to shoot them. Mainly out of respect for you as our neighbor.
Omega left our property on August 17th, 2022 early morning and in a matter of a couple of hours I was out looking for her. I searched for her for 5 consecutive hours. I walked around yelling her name. I posted online to see if anyone had information. Called all the nearby shelters. Until finally I knocked on doors. As your neighbor I would hope you had the same respect for me that I had for you. I would have hoped you had the decency to let us know you had killed her. Instead you waited until I knocked on your door after hours of hearing me yell her name. I did not find out from you that you killed her I found out from the authorities who also handed me a citation for a “Dog at large” along with the devastating news. I was given a citation due to the fact that you were considering her to be ‘violent.’
Omega just like any other dog had a wild instinct to hunt. And unfortunately in this situation she had gotten out and went into a familiar property, a place she been to because she had been taken there by your son and unfortunately hurt your goats. Any decent and human person would have grab my dog and had a conversation with her owner about the situation. Yet you decided to grab her, shoot her, then dump her far from the house. Your gun isn’t the solution to all your problems. Communication on your end would have been appreciated. I was willing help with the damages IF you had communicated. But I hope shooting my dog was enough for you. I hope that was the revenge you were seeking.
Lastly, I hope as elections are coming up that people can learn and realize how heartless you truly are. The world is filled with corrupt power hungry people just like you. We shouldn’t be giving people like you the position of ‘power’ in which you’re in. Yet unfortunately here you are.
Sincerely,
Omegas Bestfriend

There’s a fine line when it comes to keeping pet dogs fenced in or on a leash, and that’s “RESPONSIBILITY”. The neighbor also has a responsibility to protect their livestock from predators even if it’s a friendly dog, but once it gets that instinct for prey like in this case, how many more times would it likely continue to chase after livestock whether it be goats, sheep, chickens, or a CHILD etc. Guess the neighbor had to do what he had to do to put the dog down in his property mulling his lamb, and he also filed a report to the police which he did right. The police will handle it from there with the dog’s owner. The dog owner will just have to accept what happened and move on. Maybe continue being neighborly.

At any given time, I usually have at least, 2 female huskies as family pets, and then a rescue dog of some sort that I am training to be some sort of service animal, and another rescue I will be training to be a Canine Good Citizen in prep for service dog training when I finish with the current service dog.

But I always have a minimum of 2 Huskies. Now why did I mention this. I love Huskies, I think they are the best dog breed for a family. I’ve had at least 10. I know the breed and the first thing I train them in is my Invisa fence ( that sits inside my fence) and I train out their small prey drive(which is ingrained in them).

But despite all of my training and knowledge of Huskies, if a Husky gets out and is just running about. They can and will go after small prey animals.

TLDR: Keep your Husky from running loose. Huskies are escape artists and if you don’t contain them properly, bad stuff happens. 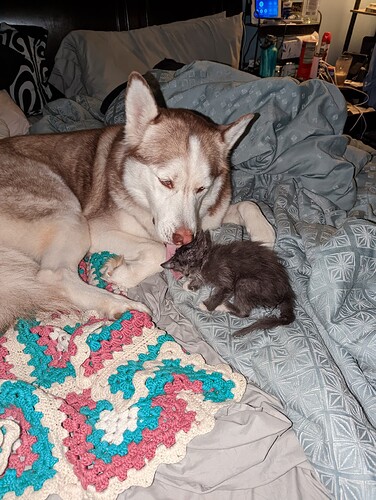 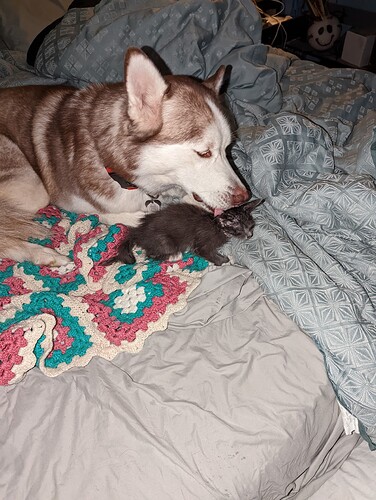 That Husky has raised numerous litters of kittens, we have 4 cats that are permanent. Yet she got out of the yard one day, as the guy who does our yard left a gate open. That’s Aria, and we had rescued a Husky from a kill shelter. They both had killed a cat each before I could get them back in the yard. We re-homed the rescue and Aria went right back to raising kittens and loving cats.

Lastly, I hope as elections are coming up that people can learn and realize how heartless you truly are. The world is filled with corrupt power hungry people just like you. We shouldn’t be giving people like you the position of ‘power’ in which you’re in. Yet unfortunately here you are.

Interesting how people started discussing merits of dog breeds and proper etiquette of keeping a pet, and no one noticed this little snippet and today’s date. Of course it is a political attack

and I would not bet $1 on this Mendoza character not lying to some extent.
They tried to accuse Matt Gaetz of trafficking a 17 yo girl, and it blew up in their faces. So, now a dog murder. Getting desperate.

Very badly made up as well

It took me a while to find the courage to want to publicly talk about the emotional trama you caused me along with many others. I was scared of the power you hold as a U.S. representative

Right there speaks of the BS this person is spouting. I have written and spoken with many of my reps and senators, state and federal, to express my dissenting opinion without any fear of reprisal.

You mean “friendly” dog. When their instincts kick in, there is no such thing. My dogs were friendly, too, but they loved harassing our neighbor’s geese… until one day the geese were not in their fenced area. It was hysterical to watch a Weimaraner being chased by a flock of angry geese! He deserved it!

Right there speaks of the BS this person is spouting. I have written and spoken with many of my reps and senators, state and federal, to express my dissenting opinion without any fear of reprisal.

Since Biden has taken office, I have called the Hart Senate Building to speak to my Congressman and Senators so often that it is my most dialed phone number by far. Their staff members know me by name and voice.

It’s almost always about 2nd Amendment issues but I also call about how I disagree with some of their votes.

Maybe, that puts me on a list. But I am going to do all I can to make sure that my voice is heard.