No! Not since I have been a Corrections Officer (2002). Once the person was housed in my facility.

And once I was with the Rescue crew that cut the DD out of his car.

That being said I was a witness for the Prosecution four times for crimes that were committed while the inmate was incarcerated.

Given my military background, I didn’t think there was a chance I would be chosen out of a large pool for a murder trial. Not only was I chosen, I was the foreman. Admittedly this was 25 years ago, but I was in So Cal at the time. So yeah, I would get picked.

I’m back in the loop to serve this year - already called but the case was dismissed . Called three times previously . Wife was in for TMJ jaw surgery first time and major surgery the second . Third time I went in . Marched into the selection room and sat on the first row . Judge asked if anyone had " relatives in law " ? I raised my hand . " Who ? " he asked . I replied " Mother , father , sister . three brothers ." He asked " My God man , what do they do . I replied " Mother’s a housewife , father works for New Holland , sister for Dolly Madison , one brother is in Special Forces , another …" He angerly interrupted " What do any of these have to do with law enforcement ? " I replied " They have nothing to do with law enforcement . " He shouted " I asked you if you had any relatives in law enforcement ! " I said " No , you didn’t . You asked me if I had any relatives in law . Mother - in - law , father-in-law , sister-in -law and …"
He made me shut up . After we went into the hall , I was sent home . This is the first year I’ve been called back in almost 20 years .
Chris

@Chris67 - exactly the kind of trouble I might get myself into.

I was called two or three times. One struck an agreement before the case started, and another I served through the entire case. It was a firearm related charge where someone was sleeping in a car after getting off of work and waiting for his wife to get off of work so they could drive home together. The policeman found a firearm in his back seat (in a coat) and the man was charged with something like aggravated assault (I can’t remember if that was specifically the charge, but it was some type of assault for having the firearm accessible and loaded in the vehicle).

A few of us argued in the jury room that the evidence didn’t meet all of the requirements of the charge for conviction. I had to educated a couple of the jurors about the background check and state permit requirements since the defendent owned the firearm legally. I’m sure the defendent was thankful people like myself were part of the jury,

The most recent one for me was a highly publicized case involving an illegal alien who murdered two LEOs.

It was different from previous boring jury selections.
My group was given questionnaires to screen us.
Sample questions include opinion on immigration, police brutality, etc.

I wasn’t picked. The accused was found guilty.

It sounds like he wasn’t convicted then, is that correct?

Did they ask you about your experience or whether you owned firearms during jury selection?

It was a yes or no question. That’s it. Thanks.

They did ask me about what magazines I read. At the time, I tended to read magazines in my doctor’s office (Time, Scientific American, etc.), since I had enough books to read at home studying for my degrees… Additionally, since firearms really haven’t changed that much in 100 years, I stopped reading gun magazines years before.

I was going to be difficult, but you did say please. 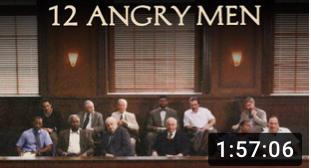 Well I’m on the hook this month every Monday after 5 pm. I got off today. I’ll let you all know about the process as it unfolds if it does.

I reported for my postponed summons on Jan 3rd. Sat around most for the day, then they gave us a viability test. I was test number 102 out of 110 so my profile wasn’t in the “ideal” range. Received a 60% (got a “D”), but still got called in for the 5th

. Another day of inaction, finally the last 20+ unscreened were released. Free from the service for 24 months versus the usual 18month because of the 2nd day.

t was a yes or no question.

since when does anyone here follow the instructions of a fellow poster?

@William591 >>. I try to keep up on foreign language. I Come in contact more and more with people that don’t speak English very well, neither do I. Yes I am a vague guy and sometimes I have to walk by twice to make a shadow. I’m also interested in Tagalog & Cebuano.
@Jerzy will give you a good workout too.
PS: Minnie mouse a dit bonjour. Juste pour s’amuser un peu 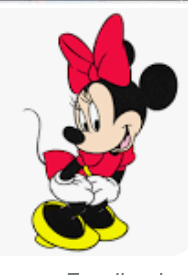 Clint Eastwood starred in that movie.