I did some draw time training last night. Wearing a sweat shirt covering my EDC, drawing right handed from the 4:30 position where I usually carry. At about 20 feet, across my kitchen, I could reliable put a shot (Laser) inside of a 4" circle at 3 seconds. When I got to 2.5 seconds the pattern stretched out to 5-6 inch circle and at 2 seconds I was mostly on the sheet of paper. I read in random places that the draw/shot “should be” 2 seconds or less?

I had a long rant about this once that I won’t bore you with, but I think a lot of people over-emphasize draw time. I’m not saying it doesn’t matter. I’m saying that 2 well-placed shots in 4 seconds is much better than 2 wild shots in 1.5 seconds. Don’t let anyone else beat you up over a half second.

Generally speaking, if you focus on good form, your speed will improve. And so will your shots.

Besides, in a real-world scenario, I’m not doing that math. I’m looking for cover.

I read in random places that the draw/shot “should be” 2 seconds or less?

Pssshh. Here’s a random place which says that you’re first shot “should be” as quick as you can reliably make a controlled hit. Believe it if you like it.

Whatever your time is now, practice to stay that quick and train to go quicker — but keep your hits on target. At closer distances, the time should be less because your target gets bigger — and therefore easier to hit consistently. Longer distances inevitably take more time.

But there is always more fast and more accurate. Work for that, and don’t get hung up on somebody else’s number (unless you are required to pass some test or other).

and don’t get hung up on somebody else’s number

“Compare yourself to who you were yesterday, not who someone else is today.”

3 seconds is a bad result… but only of you stay still, waiting to be hit or stabbed.
3 seconds is a great result if you are able to move out of the X-zone at least 2 - 3 yards or take any cover and draw.

I like clear draw and accurate shot in 2 seconds, but only to feel confident I can do this.
In reality we mostly look for a cover or distraction to buy some extra time. It’s not important how fast your draw, you do everything else to have a time for clear, non interrupted draw finished with accurate shot.

The other thing is that carry positions between 4 - 8 always come with extra time needed to reach the firearm and come back with it in front of you. In my case the whole process is at least half of second longer. (BTW these carry positions never worked for me).
So total time of 3 seconds shouldn’t be considered as bad.

The general rule of thumb, for react-draw-fire-hit with one shot, from concealment, standing still, on a stationary target, goes something like this:

2.5 seconds a good minimum (err, maximum, slowest) a trained individual should accept. Strive to at least get this.

2.0 seconds is a very respectable time for the above.

1.5 seconds is getting into professional or serious user/weekend competitor territory.

1.0 seconds and under is serious professional/serious competitor level

But also, few people really put themselves on the clock with typical cool or cold weather wear, like a sweatshirt, let alone a jacket or coat…most people just do a t-shirt or “I’m not carrying a gun I swear” vest for their times. Props for doing it with even a sweatshirt. And keep at it, being able to quantify your training dry/laser at home is outstanding training ‘bang’ for your buck

The general rule of thumb, for react-draw-fire-hit with one shot, from concealment , standing still, on a stationary target, goes something like this:

2.5 seconds a good minimum (err, maximum, slowest) a trained individual should accept. Strive to at least get this.

2.0 seconds is a very respectable time for the above.

1.5 seconds is getting into professional or serious user/weekend competitor territory.

1.0 seconds and under is serious professional/serious competitor level

The problem with this kind of “rule” is that when stated exactly this way — which it usually is — it kind of boils down to nonsense. Because there is no reference to target distance or target size.

A common standard for a defensive shooting “A” zone target is an 8" diameter circle. @Mike164 is “shooting” at approximately 7 yards. At seven yards, he may need to pull it together just a bit, but if he can hit an 8.5" x 11" sheet of paper, he basically has a two second draw to first shot right now. Shooting a laser at a scaled distance/target is not 100% transfer to live fire, but it’s accessible and maybe more adaptable to movement and cover practice.

If he’s consistently hitting a four-inch circle at 7yd, his accuracy to an “A” zone hit scales out to 15-20yd in 3sec — right now. Neither will get his picture on the cover of IDPA Times (unless he’s also blind or paralyzed), but I think they’re both pretty decent times from behind the hip under a sweater. Not “needs work” or “keep trying” — although everybody has room for improvement.

I figure that under stress I might shoot twice as fast, but half as accurate — so I practice to keep 'em tight and see where I can push the speed. If I turn out to be cool as cucumber under fire, then hopefully I will also know the cadence I can keep to hit whatever my target requires.

I shoot with a guy who put 3 shots in about 7" at 5 yards in less than 2.5 seconds. He practices a LOT.
First shot was 1.56, second shot 1.89, third shot 2.39.
Humbling.
My point? He didn’t start out that good. He practices and practices and then practices some more.
only way to get better.

This is a valid point. I usually leave out target size/distance as it gets cumbersome to list all the variables, but, it very much is a significant variable.

A 4" circle at near 7 yards is pretty tight. The famous NRA B8 has a ‘black’ (9/10 rings) of 5.5" and that is often the smallest target people will use for self defense metrics.

There is a noticeable difference between an A or -0 at 5 yards, and a 4" circle at 7 yards. Those numbers are best applied to an A or -0 or 8" circle at more like 5 yards. Maybe a 5.5" circle (NRA B8 black) at 7 yards if you want to get froggy. Anything longer or tighter than that is plus training territory for sure and the time standards should reflect that

My concern for people who drill-drill-drill on their draw speed is that in addition to all of the other variables that you’ve mentioned, they are eliminating any elements that would slow them down in real life. Quick-draw competitions are a sport; self-defense is much different. Don’t be the kid who wins all the karate trophies and then gets beat up in a bar.

(Again, I’m not saying there’s no value in a fast draw. I just think it’s more important to have a smooth draw than to have a fast draw.)

I read in random places that the draw/shot “should be” 2 seconds or less?

I am one of those that will quote the “rules” similar to @Nathan57 's list of times. < 2s for civvies, < 1.5s for professionals, and < 1s for competition. Based on internet opinions from people I think know at least a little what they’re talking about.

But I agree with @techs and others that the times only tell a part of the story.

Having a fast draw only counts when you are in a race against time. That race may be because you have a small window of time to act before the bad guy can react to you (see many Active Self Protection videos for examples).

But likely just as often, if not more often, are scenarios where the time doesn’t matter because you are doing a surreptitious draw where the bad guy can’t see you. Maybe your draw is hidden by a counter, or aisle, or maybe the bad guy is distracted with someone else. One of the main advantages (IMO) of hip carry is the ability to blade away from the bad guy and draw without them seeing it. As John Correia (Active Self Protection) often says… “awareness buys you time, time buys you options”. If you see the bad guy coming early enough you can already start drawing or be drawn by the time you need it.

But still again… Clocked times are one of the ways we can measure our improvement. So set your standard (4" circle across the kitchen) and work until you can meaningfully improve your times. Whether that gets down to a sub 1s draw doesn’t really matter, its about your improvement and getting faster and more accurate.

For folks up north, practice with a coat on as well as mittens, or thick fingered gloves.
Being able to aggressively flip mittens off should be part of muscle memory training as well.

Three seconds max was what has been suggested too last Saturday at CCW renewal.
Makes sense to me the way it was broken down. 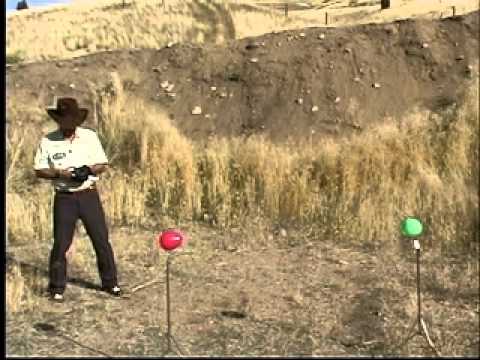 One of the main advantages (IMO) of hip carry is the ability to blade away from the bad guy and draw without them seeing it.

One of the main disadvantages (IMO) of hip carry is the inability to do this without significant movement above the waist.

You can’t do anything furtive while attention is directly on you, but major movements like turning trunk away or raising elbow/shoulder will catch attention of a bad guy multitasking or focused elsewhere. Slow movement of hands/lower arms only toward belt buckle or pocket maybe not so much. Seems to me that getting to a concealed hip carry unnoticed just about means the bad guy is in another room — just get the gun out or just get yourself out.

Good discussion at this link. http://exclusive.multibriefs.com/content/speed-vs.-accuracy-in-training-and-self-defense/law-enforcement-defense-security

This is why I walk around with my gun already drawn and with a shuffling Weaver technique. Just kidding of course.

Doesn’t matter how fast you draw if you miss. I practice weekly with live ammo and as often as I remember dry-firing. Your times will improve, but consistent accuracy has to be an important part of it.