Second Amendment Foundation sent out the draft for the 2020 Democratic Party Platform (aka, Joe Biden’s platform). Rather than post the entire email (linked to above), here is the platform part: 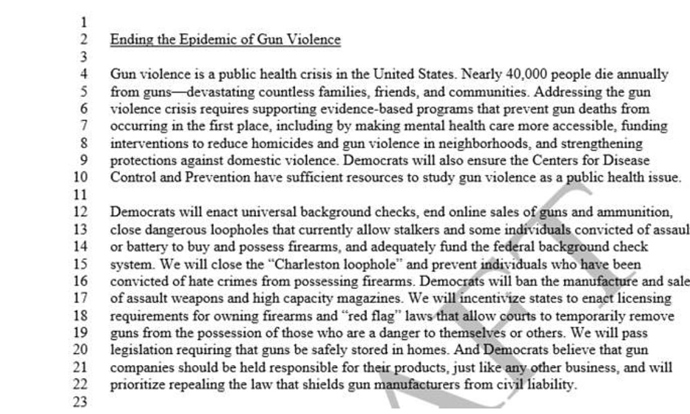 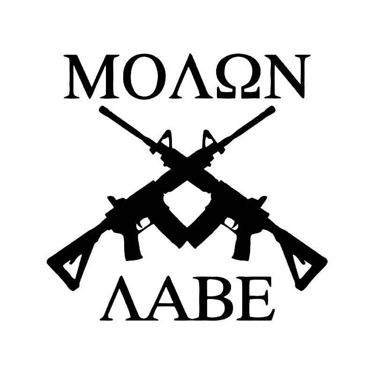 Yup, they want us all stupid, stoned, hungry and defenseless.

This platform shows me the democrats are still wanting SLAVERY AND THAT THEY’RE THE MASTERS OVER EVERYONE. But this time it is not just blacks but they want EVERYONE TO BE THEIR SLAVE AND DO WHATEVER THEY SAY NO MATTER WHAT. Well it won’t happen. They’ll be a CIVIL WAR FIRST. 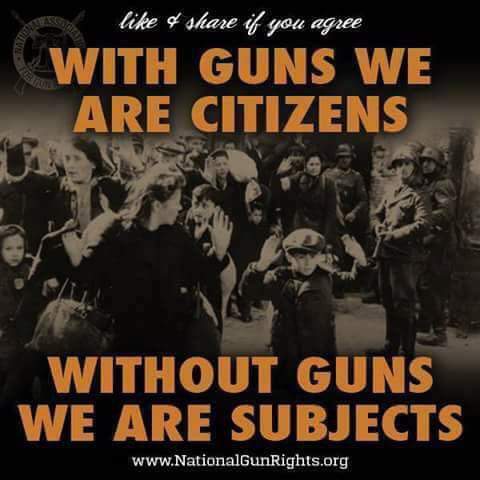 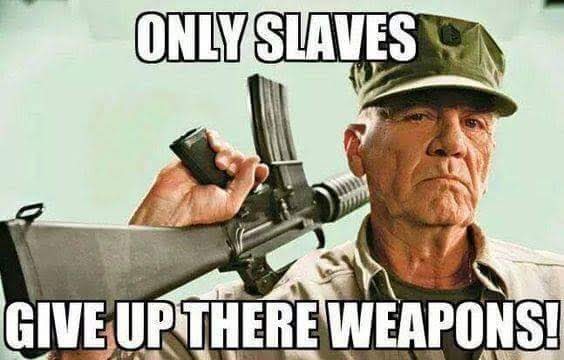 As Colion Noir stated in his last post, If the Democrats are worried about Convention Security, they should post GUN FREE ZONE and call it good. Lets see how the shoe fits.
I do not condone the actions that are taking place in some of the cities at present, and will stand proud to protect: GOD, Country, Flag and Family.

I know the Kennedy’s are a touchstone among Democrats, so I will just say. 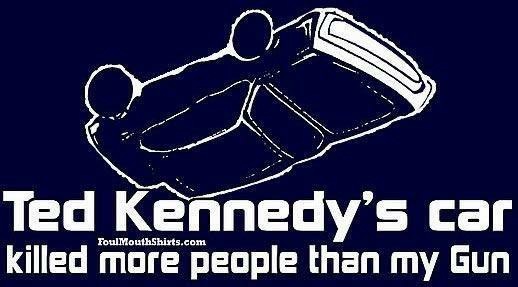 what I find hilarious is there are already universal background checks. These people are law makers and they have no clue what laws we already have. There are also no loopholes in the system. such dishonestly all around…they prey on ignorance.

there are already universal background checks

That depends on what state you live in, it is not federal law. Federal law requires that FFL dealers do background checks on all their sales. In many states private sales/transfers do not require background checks. However, in every state prohibited persons are not legally able to obtain - by any means - firearms, nor possess nor use them. Obviously the anti-rights politicians know that criminals do not follow laws, which is why they punish us by restricting our rights. A certain English king found out the hard way about not infringing on people’s rights. These politicians seem to have not learned our history.

Biden and his fellow dems have been in power for 50 years…every State they represent or control is in shambles.Newark,New Jersey where I lived for the greater part of my life is now a huge parking lot.It is a crying shame what the dems did to that once beautiful city…If biden gets elected by some wild chance the same thing will happen to the entire United States.there is a remedy,VOTE,VOTE,VOTE,TERM LIMITS…VOTE…VOTE…TERM LIMITS.THEY GO TO WASHINGTON PAUPERS,RETIRE IN 30 YEARS MILLIONAIRES AND KEEP THEIR SAME SALARIES FOR LIFE…TERM LIMITS,VOTE EM ALL OUT …

I have a couple military surplus rifles such as Springfields, M1 Garands, Mausers, so I dont know if I can make that statement.

This democrat platform is not that new. They have been opposed to the private ownership of firearms for decades. Take a look at the racist roots of gun control in this country. But, this platform is a pro-criminal platform. Disarm and make it harder for law-abiding citizens to acquire firearms and ammunition and the criminals will be emboldened. This is more doubling down and expanding current ineffective gun control measures. Prime government response. What is the government’s primary response to a failed government policy? More government to fix what they mucked up.

Total insanity. A naked power grab by a political party that has morphed into a strange mixture of fascism and Marxism( sorry I didn’t really want to capitalize that).

I could read the writing on the wall in the first line “gun violence is a public health crisis”.

And holding gun manufacturers liable for gun crime? That’s like suing GM for getting a speeding ticket because “they shouldn’t produce a car that can exceed the speed limit”.

@Harold26, this is a great post. Educated voters are smarter voters. I would encourage all to share this with their circle of influence. Well done sir.

I would like to add to this conversation so that everyone knows the stance that is being taken by the democratic party.

ANTIFA- which is the group responsible for organizing riots, looting, and the burning of monuments as well as federal buildings. In turn, muffling the voices of the real protestors by their actions. This domestic terrorist, group who is more than likely funded by George Soros, has not been denounced by the democratic party. Even when pressed to do so by Ted Cruz in yesterday’s senate hearing on ANTIFA. 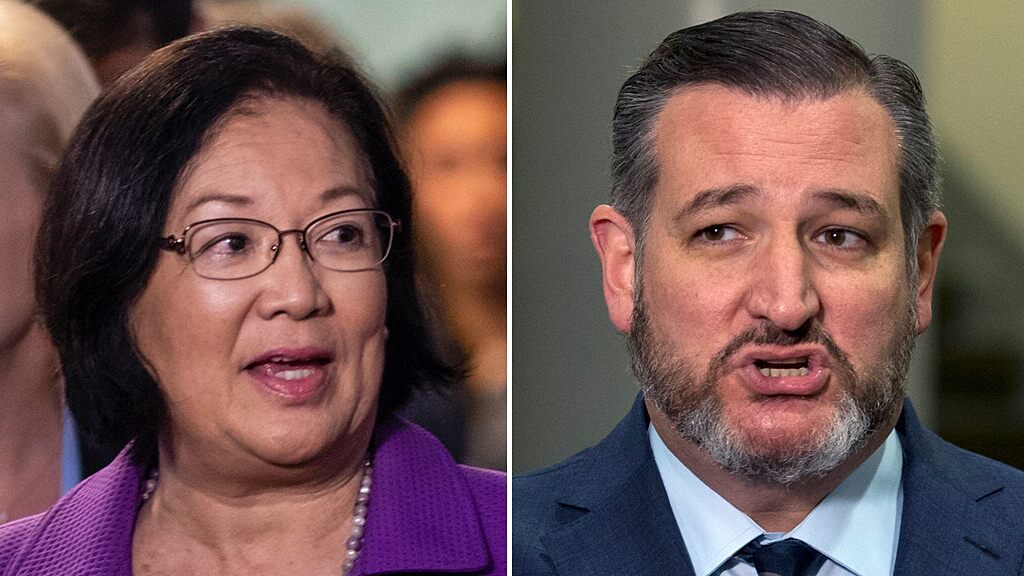 Tensions flared at a Senate hearing on Antifa when a top Democrat walked out of the chamber declaring she couldn't sit through Sen. Ted Cruz's rhetorical speeches any longer.

This democratic party, has been hijacked by progressive tyrannical ideals. They’re dividing our nation by color, and attempting to create the appearance of a people who can no longer “self govern” by inciting violence. Not directly, but through their silence and passive attitude toward violent protestors. This is a wide open door for them to impose tyrannical measures of control over the citizenry.

Can I please have a list so I can choose where I want to live when I leave the insanity we call California?

A few years ago I would have told you about my home, Old Virginia

Now, don’t bother. We have been suborned by our urban centers and leftist governor and legislature.

It was a great place for the 2A once. I miss that a lot.

I do not have a list of states, but I would start here, USCCA CC Reciprocity Map, then go to the websites for the state police and Attorney General for each state you are interested in to verify that the data is current. Laws change, and I would not depend on a third-party site to be 100% accurate. I recall a couple of years or so ago when reciprocity between Virginia and Georgia changed, third party reciprocity sites were not immediately updated. One site I contacted told me that it was up-to-date, even after I emailed a link to the Georgia state police site where it cited the change in the law.

Things were looking uncertain for gun owners in many states in 2018 thanks to a successful push in otherwise pro-gun states to enact gun control legislation. Things seem to have stabilized, and we've created our annual ranking list of gun-friendly...