Couple lessons here: 1 . Be aware of your surroundings. 2. Don’t open carry unless you have to, and if you do get a retention holster. 3 Alway carry in a holster period

Posted this in a Reddit group but worth sharing here.

Just curious… Was there a second gun? How did the gun all of a sudden get a 30 round magazine?

Now that I went back and watched it I think there was a second gun. (Unpopular opinion here I hate stick magazines they look dumb, limit firing positions, and jam )

Interesting. I’ve often thought that if/when I’m in a region which law’s allow “open carry”, I’d conceal it any way, for that exact same reason. When would a “non” officer ever open carry? I imagine many do, and may have some good reasons.

I would perhaps, if in the deep woods near large animals in the event one attacks? I personally prefer retention straps of some sort to try to mitigate accidental drop, or being robbed, but still conceal it.

Here in AZ, I see a lot of open carry mostly without retention holsters. Most these folks let obvious strangers get within easy reach of their firearms usually without seeming to notice. They make no effort to shift their position or shield the firearm. Maybe they all have eyes in the back of their heads and ninja reflexes that will allow them to react the second someone makes a move? But I think they are mostly just lucky that most people are honest law abiding citizens.

Good point @Shamrock
Look at me attitude??? I guess. have seen this also.

I believe the Three lessons listed should be considered Golden Rules.

Even if it turned out to be the gun owner’s lucky day that he didn’t get shot while cornering the bad guy, no way he wins when the second guy gets involved.
Other than proving that it’s his right to carry as he wishes, what good did it do him?

In this next video, the commentator shares his own coaching tips. Personally, I would not choose to open carry. I tend to disagree with the commentator’s suggestion on “going after” the perpetrator. If he’s not pointing the gun at me, I wonder if I should try to take his photo, then call 911: 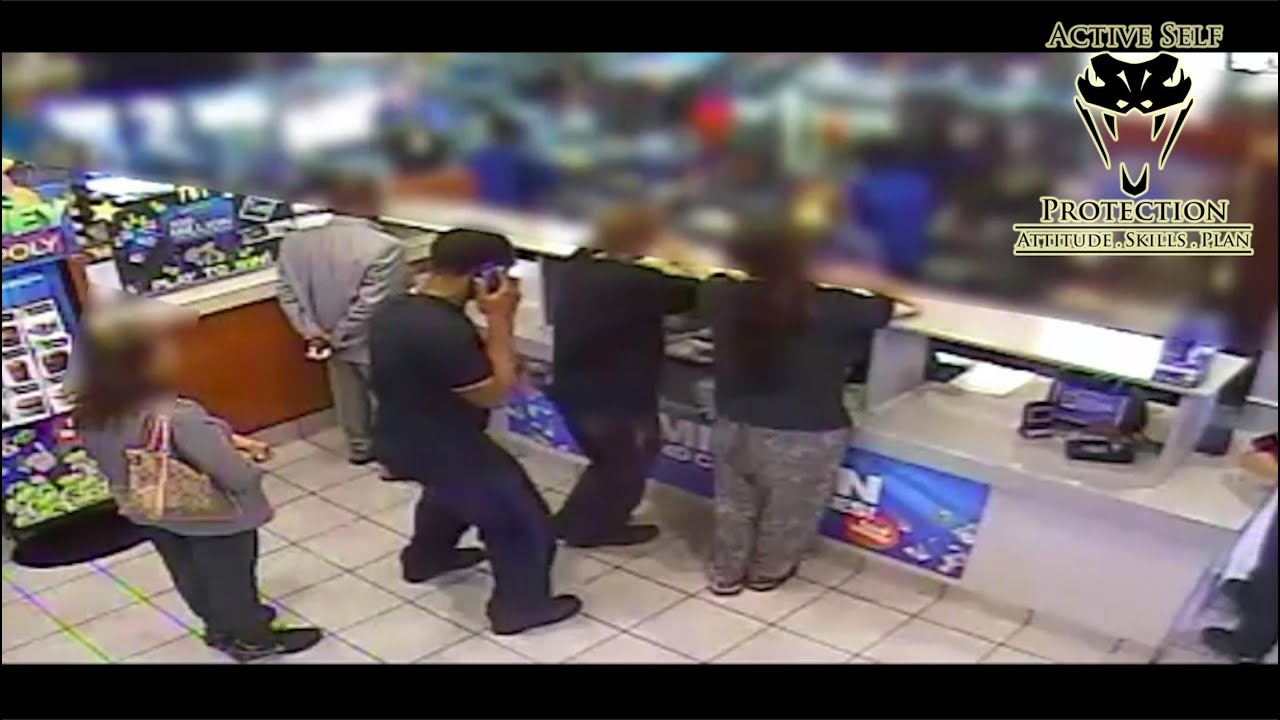