Yesterday a man walked into an Indiana Mall with a rifle and extra magazines and started shooting in the food court. Three persons killed before a civilian, legal concealed carry person shot the armed attacker.
Thats all Fox news had on this subject in my area this morning. Waiting to hear more on this.

Fox Morning so far has given this story about 10 seconds of air time. 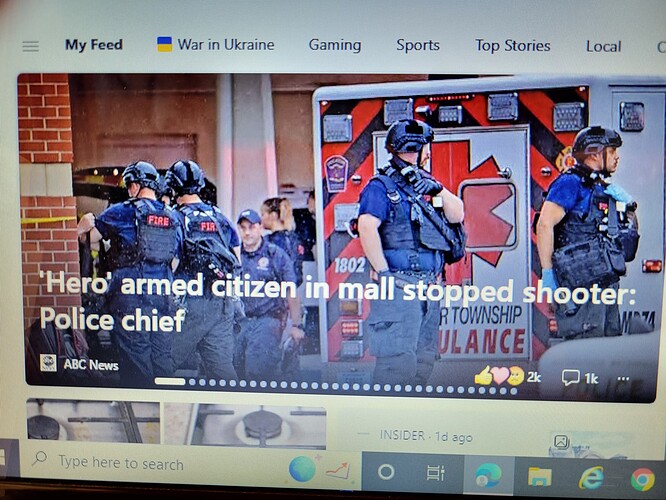 Who else do they think is going to stop a shooter, it ain’t a Uvalde law enforcement officer! It’s not going to be a uniformed officer, they are quitting ( and I don’t blame them one bit ), the Liberals created, as planned, the Wild West!
They just don’t know how to acknowledge it!
In a previous post, ( one day after Uvalde ) I predicted that the liberals would send out another shooter within days of Uvalde. You watch, their agenda is to send out as many shooters as they can, I will not be surprised if this starts occurring daily, barring Chicago, LA and New York!
Watch your six, no neighborhood is safe! Me, I’m staying home, except for doctor appointments!

About time media acknowledges legally armed citizens can ACT to stop a THREAT by the time 911 enacts to send in the Calvery!

handgun at 40 yards to stop a threat and the kid closed the distance wow- from the news I read. All that 3 to 7 yards out the window–

Yes, I noticed dozens of chat replies in social media about this story; of which were vastly in support.

I was just about to bring up the 40 yards thing thanks for being so quick. 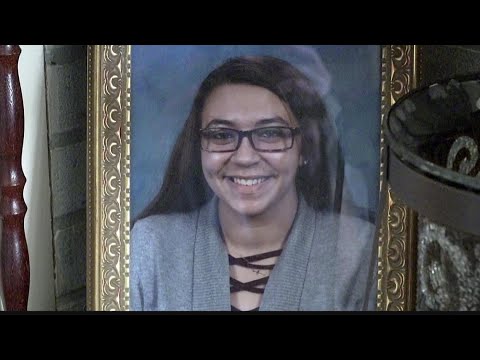 Now I am tweaking my training with my EDC.

A video well worth watching. Or will we be a failed state. Our choice.

The anti gun folks are saying the mall had a no firearms policy, so I guess they didn’t get the body count they would have liked. That may have been the reason the shooter chose the place. It will be interesting to see if they change their firearm policy or continue to cave in to the anti gun crowd. It’s pretty sad that so many people are reluctant to give the guy credit for stopping the shooter.

Anti-s in tweets, posts, and articles are claiming that the young hero (22 years old) was carrying illegally. This is a lie! Even the police chief explained it in his press conference.
Indiana has permitless carry with a Constitutional carry law. The hero did not have a permit and was carrying under that law.
The mall has signs indicating a no guns policy. However, in Indiana that does not make the location a legally defined gun free zone. He was carrying legally! Only if some mall official had seen his handgun and told him to leave, AND he refused to do so, would he have bene carrying illegally, because he would have been trespassing.

The situation is clearly explained in the USCCA video Armed Citizen STOPS Indiana Mass Shooter (What You NEED To Know)
Important warning: In some states those signs do carry the force of law. You must know the law on this point for the state you are in. To know for sure check
Handunlaw.US
or
USCCA Reciprocity Map & Laws

It sounds like they wanted people, other than the perp, to be killed. Sick people, these anti-rights people. Babies and other innocents are just useless baggage to them, until it’s them, of course.

“When seconds matter, the police are minutes away”

What an excellent speech. I hope everybody here listens to it.

Interestingly, he says “I don’t like guns”, or something like that. But what he loves is the constitutional state and the freedoms, peace and stability that such a state brings to the world.

I agree with him. I don’t like guns either. They are an ugly reminder of the horribly fallen state of our world. No, I don’t like guns and what they represent. But I hate anarchy, war, oppression, violence against innocents and fear much, much more.

So I choose a gun, as the speaker does, as his captain does. I choose an ugly tool to give pause to something even uglier - the death of liberty, democracy and our constitutional republic.

We don’t know that answer, yet.
However, it seems his actions and accuracy show he has had some sort of preparation or training for the situation. He got effective hits at a distance (either “over 30 feet” or “40 yards” depending on which unverified video statement you hear) while at the same time getting his girlfriend protected and signaling other shoppers to exit. The young man did good!

I think we probably do know that answer because he lives in Indiana, and Indiana has no government mandated training. Reportedly he doesn’t even have an IN license to carry a handgun, but even if he did, that permit does not require training, so there really is not any such thing as government mandated training in his state that he could have had.

He certainly did not have to have or prove training to the government to carry as he was.

And he did very good indeed.

I’m just saying I think we can use this as an example for the WIN column of Constitutional Carry.

@Tom166 Welcome to our community, we are glad to have you here.

Dio we know the type of handgun he used? Red dot or Iron. I would love to know his setup.