Can we discuss concerns about not only illegal immigration but cartels seemingly terrorizing some border towns?

My father immigrated from Canada. I’m not sure what year, but I have a picture of him in Camp Blanding, FL in December, 1940. Anyone remember what happened on December 7, 1941? In for the duration. He was at Normandy, June 6, 1944 He was a Democrat until LBJ took over after Kennedy was shot. As a naturalized citizen, he taught his sons that this country was worth what he went through. He never talked about what he went through until I joined the Army. Even then, he didn’t talk about the really bad times, but he was proud of me for “doing my part.” Because of my father, my respect for immigrants who go through what is necessary to come here legally and assimilate into “The American Way”, regardless of where they come from, knows no bounds. He always worked hard, sometimes in jobs that were hazardous to his health, paid his bills, raised 2 sons, taught them to respect the law and police and instilled in those sons a work ethic that that dictated that, if you want something, get a job and save your money. He never took any “relief” from the government except Social Security, which he earned. He came home with a Bronze Star but, in my eyes, no greater hero ever lived.
To see what is going on at the border now is obscene. The cartels are making billions because they now control the border, extorting money from families to bring children across deserts and, once they cross the border, warehouse them, beat them or worse, holding them in attempts to extort more money from relatives already in the States. Makes you wonder how many bodies they left in the deserts to die.
On April 20, 1980, Castro announced that anyone wishing to leave Cuba may go to Muriel, Cuba to board boats and leave. Over 5 months, 125,000 left aboard just about anything that floated. There is evidence that he emptied his jails and insane asylums to rid himself of “undesirables”. What is happening today is the Muriel Boatlift on steroids. The government is condoning all aspects of the situation. How many criminals and drugs are coming over the border now that a large part of the Border Patrol is forced to put more and more personnel on babysitting duty instead of interdicting the flow into the country? How many individuals or groups who wish to do the country harm are coming over the border? Mr. Biden put VP Harris “in charge” of the border. To date, she has not been to the border to, at least, determine what needs to be done to arrest this situation. In my opinion, great damage is being done to this country by this administrations policies, or lack thereof. I believe my father would agree…

What a complex issue.

Today, I saved at least two people’s lives. As I was walking down a busy street I saw a couple crossing the street, they had not noticed a sportscar speeding very fast toward them, I yelled at the driver in the sportscar which had its window rolled down, and at the couple (while pointing at the couple) “Careful, careful”! The driver slammed on the brakes, and the couple stopped mid track before walking into the lane. USCCA taught me that vigilance.

I guess if we go back far enough, for some of us, our forefathers immigrated to the U.S., before there was such a thing as needing to qualify legally to be in the U.S. In my family, we have a long history of military veterans and law enforcement (even killed in the line of duty right on the border). Though, I’m not a Vet or a LEO.

A few weeks ago, as I was walking through a busy city, a small group of chaps were huddled together outside, enjoying the sun, after what looked like their work day was over. They looked dirt poor, didn’t speak much correct English. One of them yelled to me “Hey, your wallet is falling out of your pocket”. It was actually my cel phone in its case latched strongly onto my belt, which is how I wear it inside the building where I work. So I quickly removed my phone off my hip and stuffed it deep in my pocket – less I get robbed, and I thanked the man (a total stranger).

Years ago, I was visiting south of the border, when I got involved in an accident and dangerous situation. I was about to die. When a man, a total stranger who I never met, risked his life and saved mine (when odds were – we both should have died). That stranger not only saved my life, but changed the lives of thousands of people I have touched and affected in my life and work.

I’ll never look at immigrants the same, no matter how they entered the U.S. Because of my roots and experiences, no matter what burden they may cause the U.S., I know that even here, they contribute. Now more than ever, I treat them with respect.

It’s hard to NOT believe that the Democrats are trying to damage our country. It’s interesting when you read about China supplying fentanyl to Mexico and it coming across the border. I’ve listened to the following individual get interviewed twice and I will say that I was blown away each time I listened to him. Ed Calderon worked for the Mexican government in anti-carte and anti-human trafficking rolls. The below interview is the most recent and if you like it, the first one is on Sean’s YouTube page as well. It’s really scary to consider the implications of what Ed discusses in this interview, yet I find it hard to not believe what he’s saying based on his experience. This is a great interview and although it’s a little long, I encourage everybody concerned about the border and China to give it a listen.

Great info. No one once said so far do not come. We all spoke against the criminals, cartel & terrorists. We are just saying abide by rules of law as we do as American citizens everyday by entering legally. I have Haitian & Mexican friends I know that entered legally, did their paperwork and work/live like normal citizens. No one is above the law despite what current society portrays.

Does anyone know someone trying to get OUT of the country? Cheap labor, voting blocs, poverty and crime - case closed - your only answer is to vote with your feet - we’re now in cesspool mode.

My ccw is in the mail finally this week! Took 120 days to process in Florida. Can’t be soon enough

@Jovan , it shall be worth the wait for the protection of self, family and others.

Great that is awesome.

support for the Central American people in their own home countries where their governments and economies have been completely corrupted by decades of corporate profiteering with the full kleptocratic support and actions of the US government.

We have spend a TON of money on this already… I agree, a wall is not perfect, but, a wall and increased border patrol would reduce illegal immigration. Seems to me use of a lot of remote cameras and drones would work as well.

Think a lot of the foreign aid is very poorly targeted, enriching the corrupt and rarely helping the people who need it most. And it is a drop in the bucket compared to the money our government and corporations have thrown around to put in place and support the regimes that have run those countries into the ground, significantly contributing to the exodus.

Agree that cameras and drones would be most affective along the boarder. They would be far more affective then walls which were a great idea back in the Middle Ages but have proven pretty ineffective since then. The higher tech, backed by boots on the ground, would also be infinitely better at catching the drug gangs and coyotes who are taking advantage of US and the immigrants.

They would be far more affective then walls which were a great idea back in the Middle Ages but have proven pretty ineffective since then. 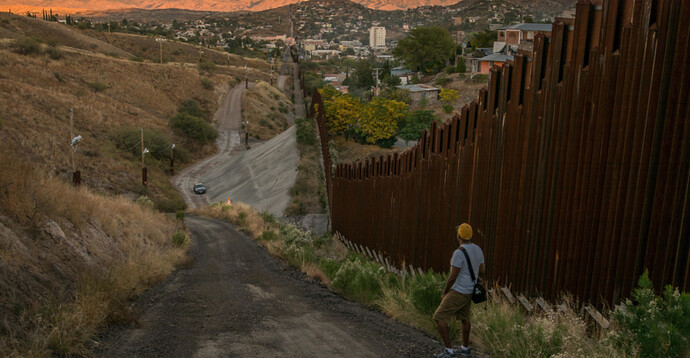 The Truth About Border Walls' Effectiveness

Yes, if you build a few miles of wall somewhere it will greatly reduce the numbers crossing there. People just walk around the ends.

I can see the argument for walls in more developed areas where people can quickly get across the boarder and mix in with the general population within a couple of minutes. But building a 2000 mile border wall mostly in the middle of nowhere will cost well into the $100B range (probably multiple hundreds) and require endlessly expensive maintenance after that. A high price to pay to slow people down for a couple of minutes at most.

I would rather have my tax dollars spent on technology, manpower and solutions that will actually work.

The real problem is the countries of origin of illegal entry into the U.S.A. Unless those dissatisfied with their own countries don’t try to rise up against the corruption why would you want to allow spineless people into our country that seems to have an increasing population of anti American spineless people.

Fund the resistance to those corrupt governments. Lend them help. Flush out the the cartels and corrupt officials. BTW: we need to do the same here. But theirs is much worse.

People just walk around the ends. 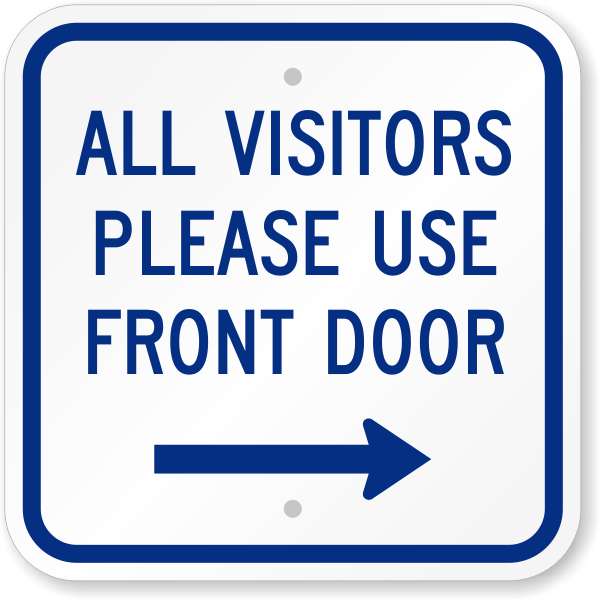