The California Rifle and Pistol Association (CRPA) is suing the state of California because of the “Handgun Roster”. Boland v. Bonta

This is in addition of the case already ongoing where the Firearms Policy Coalition is also suing about the same “Handgun Roster”. Renna v. Bonta

If you want to help those living in the “Not-Free” state of California, consider donating to CRPA

Support Your Second Amendment Rights. The California Rifle & Pistol Association, founded in 1875, provides training in the safe, responsible, and enjoyable use of firearms; sanctions competitive shooting state championships; and fights for the...

If you want to help those living in the “Not-Free” state of California, consider donating to CRPA

Right after they help themselves.

Brad does kind of have a point. You/they did get the government they voted for, hell they couldn’t even get enough votes to recall Gavin. I have had some pretty sweet employment offers in Cal. but I’ll be damned if I’ll give up my rights for a pay check.

Right. I wouldn’t like to be held hostage. The residents are fools to let it keep going, and the more outsiders they allow in…and allow to vote, the more it becomes self fulfilling.

Well, I believe these court cases are exactly part of how they are helping themselves, and us too. Remember that almost all gun control measures you see in your state, was probably first tried out in California. They also have the 9th circuit court that pretty much has, in the past, rubber stamped all unconstitutional gun control measures. The Supreme Court has finally put the kibosh on that. You’ll be seeing a lot more court cases coming out of California. The more unconstitutional measures that get turned over, in California or elsewhere, the more wins we’ll see across the nation.

Should they help themselves? Yes. However, it might be more difficult than just saying “help yourself”. The corruption is deep. It is not so easy to get rid of. Also, it might seem easy for some of us living in “freer” states to just say, “don’t like it, move.” That is also easier said than done.

Does California have a lot of problems? Absolutely, and I have no desire to excuse them. However every gun control measure in California might eventually affect us too. Those that don’t desire to assist in the fight against encroachments of the 2A are welcome to not do so. Nobody is forcing anyone. However, I believe that the fight for our constitutional rights is a fight for ALL of us.

How strong is the movement to split California?
I have friends in the northern part of the state, and they can’t stand the way they’re ruled & dominated by southern California. They’ve had discussions for years (decades?) about splitting the state in two. This makes sense to me; the entire West Coast is represented by just 6 Senators, which is equal to the number of Senators representing the states on Lake Superior.

But I think the fear from the left, from what I can tell, is that splitting California would allow for more Republican representation from areas where they currently can’t compete. They’d love it if Texas left the Union, but they get rankled if you talk about splitting California. I don’t know if they’ll ever allow political diversity in California.

How strong is the movement to split California?

At some point, the San Andreas Fault might help them with that.

I guess it wouldn’t be “no fault.”

I have friends in the northern part of the state, and they can’t stand the way they’re ruled & dominated by southern California

It’s not just a Northern vs Southern CA thing. It is really almost entirely an urban vs rural thing. I do a lot of work in SoCal and the people in the rural areas out there are fed up with all the drugs, crime and poor policies spilling out from the urban areas and impacting their lives.

Right after they help themselves

actually makes sense.
There are still people who put up a fight
and then, there are those who say, “I’m getting out of here.”

and then, there are those who say, “I’m getting out of here.”

Then they move to Texas but keep voting for the things that ruined California.

keep voting for the things that ruined California

Yep, that can be very frustrating. 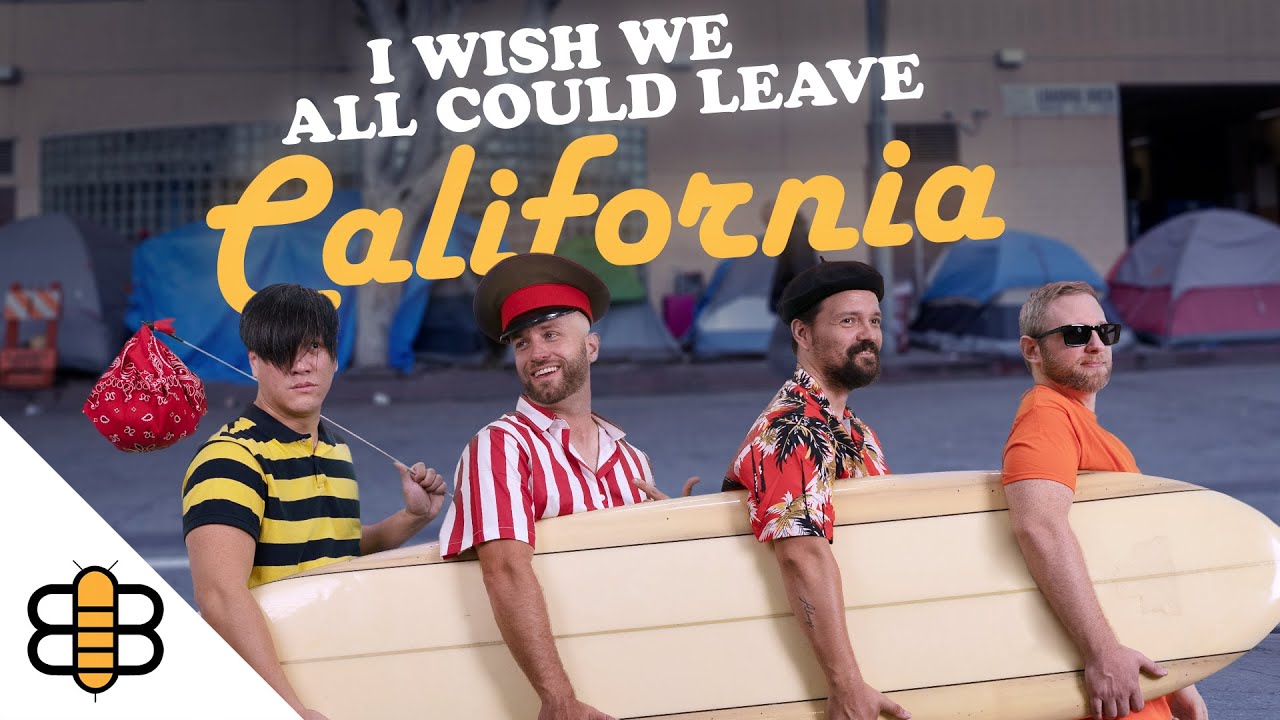