Biden is getting serious 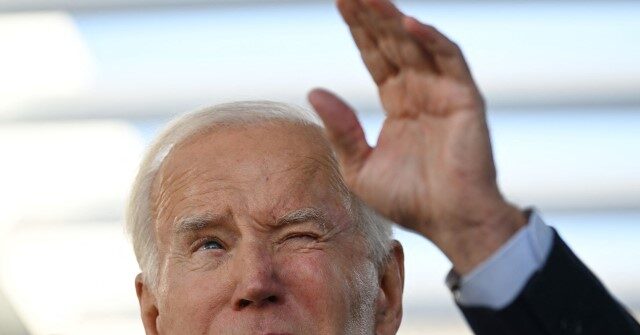 President Biden spoke at the 10th Annual National Gun Control Vigil Wednesday and said he wants to limit the number of bullets in a cartridge.

Does that mean he’s going after buckshot and birdshot.

I thought that was a shell…

Must be, because last I knew, there was only one bullet per cartridge (or round) anyway. soooo there’s that…unless he’s talking about other exotic munitions. Umm, yeah, it’s time for a diaper change, a hot toddy, and a nap.

That’s a vow he will not be able to keep. Even if he were to somehow pull it off, it will be short-lived. Simply because this premise exudes ignorance. Reduced capacity has never, nor will it ever preclude the killing. Statistics prove that none of the active shooters exhausted their round count, that’s assuming the writer meant “magazine capacity,” opposed to “Bullets per Cartridge.”"

At this rate, we’re only going to be able to carry one clip per quiver.

hmm, back to the bow and arrow, eh?

“You clearly did not understand what the president said.”

But seriously, We should get on board with this right away and look all generous by saying we agree! in fact we are for SINGLE SHOT CARTRIDGES!

The Media won’t know the difference!

I think he has been sniffing to much powder err hair.

Are they Vanilla flavored cartridges?

It’s the standard answer the press secretary always gives whenever someone asks about something goofy the president said.

New Biden Administration Proposal Might Let Government Track Everything You Do

No one would want a government that could keep tabs on everything you do during the day. In China this is becoming a reality. Every step to such a state of affairs in the U.S. should obviously be resisted.

This episode of What’s Ahead points to a new possible rule from the Transportation Department that should also be resisted. It would mandate that all commercial vehicles have a device that would transmit location data and other information to the police on demand, no warrants necessary.

But it’s not just trucks. Similar warrantless data has been demanded in other areas. The time to resist these intrusions is now before they reach critical mass.

Dang It, now I have to get rid of all of my 3 bullet cartridges.

Some years ago, Iowa tried this. They wanted to tag every licensed vehicle with GPS so they could assess a mileage tax. Mercifully, it died in the statehouse, but I couldn’t believe it even saw the light of day.

Politicians who propose this stuff need not just to have their ideas crushed, they need to be removed from any position of power.

I thought that was a shell…

What about .22LR birdshot. Are they not cartridges?

Newsom wants to do this in CA since EV owners don’t pay the gas sales taxes.

Our common sense Commander-in-Chief seems to be getting stupider by the day.

What’s that used for, hummingbirds?