I have been researching ARs. I do plan to get one. I think if I get an AR, my handguns will still remain my HD weapons, BUT if I were to make an AR a home defense rifle what would be the best round?

I’ve frowned upon the use of an AR for home defense simply because of over penetration, BUT this was before I discovered Frangible rounds. I watched some ballistic test with the frangible rounds and (assuming you’re on target) they seem to solve over penetration. (I do question weather they penetrate enough.)

Just to be clear, I am not trying to make another “Best weapon for HD topic”. I’ve been on that thread. I’m looking to discuss the best AR round for Home defense if one where to use an AR for HD.

A standard NATO 5.56 doesn’t penetrate that much, anyway. If you have very thin walls and multiple people in the house, maybe it’s a concern. But the round is actually meant to penetrate a little and then stop.

I couldn’t say much on the different makes and brands. I assume a cheap box of practice rounds doesn’t behave the same way a box of Army rounds do.

Hornady Critical Defense .223 55 grain is a good one, but it really depends on your twist rate.

I have an AR pistol for Home Defense with this loaded in 2 stacked magazines. Yes the rounds are expensive but these rounds are ONLY for that firearm for that purpose. My general AR round is a standard 55 grain 5.56 load. I’ll be honest I don’t know how much they penetrate however I have done walk thru’s in my house. There is only one wall not to shoot at and it is covered with pictures of my kids to remind me what is on the other side.

Am I the only one that thinks a hollow point on a .223 is silly? It’s hole is maybe a millimeter wide. Isn’t the bullet’s tendency to tumble what determains penetration depth?

The small indentation is an Open Tip Match (OTM) which is for flight stability and isn’t a hollow point for expansion.

Here’s a good write up I found.

Over at WeaponsMan, Hognose broaches the subject of “OTMs” and “JHPs” and that they are not the same thing. He writes: Okay, this is a post about ammunition, and especially, military ammunition, but it also has applicability to police and...

I am using Hornaday Critical Defense, 77 grain I think it is. This is for my home defense carbine, 1/7 twist. It seems like a good option for further reducing over penatration without reducing effectivness.

You could look into one that will accept magazine adapters. That way, you could buy a 9mm upper, and run Glock mags.

In talking about penetration I did some research on the ability of a 556 military
round to penetrate gel. At 10 feet the .556 round went 11 inches into the gel
Keep in mind this is a military round and it is not going to expand that much.
So a Horandy VMax round which is designed for as much expansion as possible
and again at 10 feet would penetrate 7 to 9 inches. Keep in mind once it hits-
the round starts to expand and tumble which expends the energy of the round
quickly. So firing a Horandy 62 grn. v max round out of a AR Platform indoors
is actually safer than shooting a 9mm hand gun for home defense. Just my
2 cents. Keep your head on a swivel, be safe, and always carry. Mike_T

The context of self defense ammo. Hollow point in that context means something different than OTM. The first sentence in your link says that. Match grade ammo wants mm accuracy at super far distances. Home defense ammunition isn’t meant for firing 100 yards, to my knowledge. I retain my opinion that a .223’s self defense bullet is not the same concept as a caliber of, say, 9mm or larger. Especially when hollow point is mentioned.

I don’t think we can share the document but I’d bet you can Google Army expectations on different types of rounds. This is important when units decide what type of weapons to carry and employ. Smaller arms like 5.56s are safer in urban areas where innocent people could seek shelter inside. Larger calibers are useful when you need to reach that enemy hiding behind a wall.

If you find it, this document might be a good place to start. As others have said, though, it’s specific to Army ammunition. The ammo you buy or load may not behave the same way.

Is that larger caliber as in rifle caliber or handgun caliber, or non-specific to velocity?

Rifle / MG. But it lays out expectations of what the different 5.56 rounds should do.

@Ouade5 - I totally get what you are saying in regards to ammo and weapons that
are chosen for specific missions. I was going to the penetration values when shooting
a AR platform for home defense. I am sure I didn’t clarify that point. I have a 9 mm
handgun that I EDC and I have it loaded with Horandy critical defense and critical
duty, mainly because I want to stop any threat that comes at me. I use my .556 for
defending my home. Hope that clarifies any points I didn’t share earlier. Mike_T

Sorry, I’m the one who was unclear. My point is that there’s documentation out there regarding what these rounds will do. That may not answer your question, but it may give you an idea of what a standard 5.56 round would do inside your house (depending on how your home was built).

There are a lot of YT commentators that do drywall penetration tests on pistol, rifle, and shotgun rounds. You might find some of those videos interesting while researching options. The YT channels that have drywall penetration videos that I can think of off-hand include Paul Harrell, Military Arms Channel, and Vigilance Elite.

I’ve seen some. Most of them show .556 taking a strait path through your home, and potentially flying out of brick. The frangible rounds did not. But I don’t know if Frangible rounds will be as effective as other ammunition at ending the fight for ones life. I doubt it would be a pleasant experience by any means.

Wow… I don’t remember any of the channels I listed having those results. I’ll revisit those vids when I have a chance. 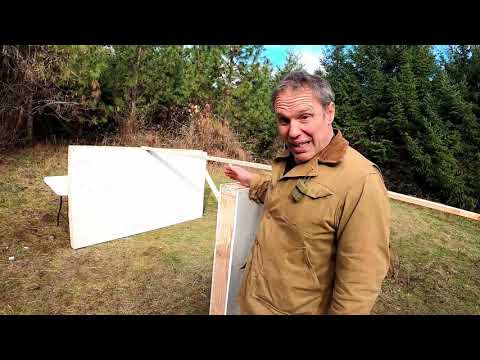 This ones good. 17:22 is when the AR gets used. (I was Interested in this guys findings with .45 [which I carry] he showed hollow point getting filled with cloth can keep it from expanding Properly leading to potential over penetration. Hoping my HST never does that though). 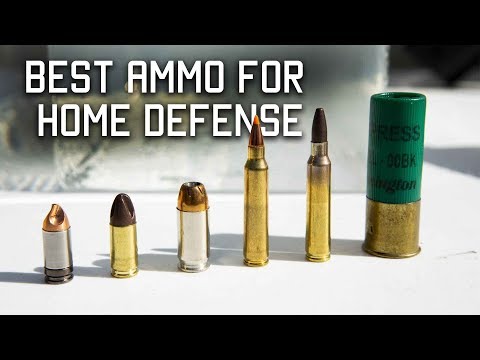 I really like Warrior Poet Society, BUT he has a video where he just says 556 won’t penetrate as much as 9mm, but that goes against what I’ve seen. I think he later came out with a vid saying you should know where your family and friendly safe so you can safely shoot in the direction of bad people.

The other thing about standard 556/ 223, it can go through body armor along with better accuracy. Those are factors to confident as well. There was a Church shooting where a man grabbed his AR and started shooting at the bad guy and some of the shots made it through his armor. Body armor is actually not that hard to come across, and that is something to consider.