This is the definition of “Insidious”

I thought this was pistol braces, aren’t bump stocks just straight up illegal and have been for years?

I’d really hate to send all my info including a picture of a firearm with a bump stock to the ATF.

I am updating the title for this thread because this was in reference to pistol braces not bump stocks. You can see Jared from Guns and Gadgets video about it here for more info. At this time it has a “target date” of December but hopefully, it will be struck down long before that.

I wouldn’t send them a picture of a butter knife, they would consider it a bayonet for an AR 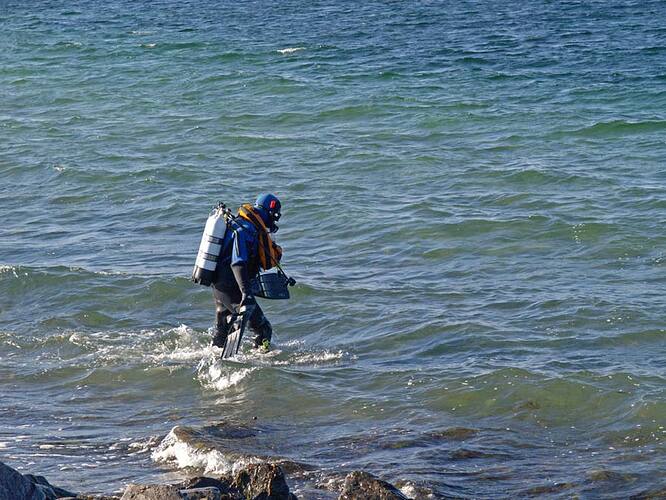 Looks legit to me… 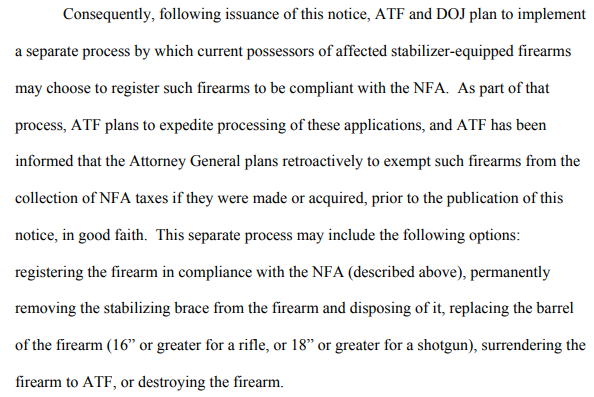 The database issue (which it a big issue) aside, how will they know if it is really a photo of your AR pistol and brace?

The other BIG issue is it does not state that by providing a photo(s) that your request will be approved.

Smells like the details necessary for a future search warrant.

They would surely require a visible serial number either right off the bat, or with a very quick change when people suggest that that might be an issue.

Or, maybe the same way they keep us from all putting full auto sears into our current guns even though it’s physically possible? Get found out and have fun in prison

For the most part, gun owners don’t commit federal felonies and the like just because they found a way that they can lie and do so

I don’t know how realistic it would be to get in bed with the ATF and have them teach us how to be safe and defend ourselves when violence comes our way.

You are right, for the most part we don’t commit felonies. Until the government, with the stroke of a pen, tries to make felons out of millions of us. We are reaching a point where something is going to break.

You can only grant amnesty for something that’s illegal which this is not. The ATF is part of the Executive branch of the government and has no jurisdiction since it does not have legislative powers. These are legal and was already legal to begin with, just ignore and sue. Don’t post your stuff online until this is settled.

The ATF has already been caught going after people with triggers and other kits that were legally purchased but they redefined as illegal. The most likely way they got the purchasers addresses is by examining Credit Card records and/or shipping records. So unless all your purchases were cash and face to face you are just hoping they choose some of the millions of other legal purchasers to make an example out of before they get to you. What they are doing is unconstitutional and criminal but it will take years, lots of money and possible jail time to sort it all out. And a stacked Supreme Court may not come to the rescue a few years down the road. 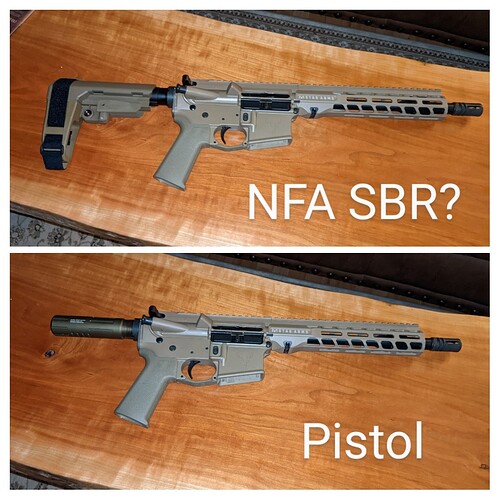 I found out how to shoot the AR pistols without a brace. Mine do not have braces and the buffer tubes are not equipped to take a brace.
The amnesty is a trap. The whole brace ruling is a violation of the Americans With Disabilities ACT and the 2nd Amendment.

The top one NFA this year. The bottom one NFA next year. The goal being to eventually work their way to everything including flintlock muskets being on the NFA list as soon as possible and all firearms being confiscated shortly thereafter.

Then they can move onto taking away our steak knives and pointy sticks.