Asking the Judge for his guns? 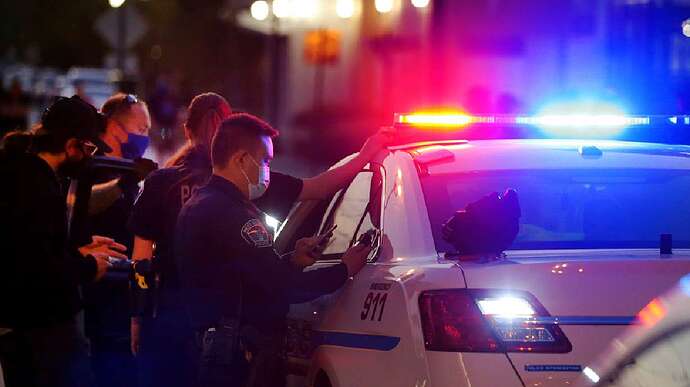 A man pled guilty on Tuesday to hitting Black Lives Matter protesters with pepper spray at a demonstration in West Valley City in September 2020 as part of a plea deal.

“In his guilty plea statement, Schroerlucke also said he plans to ask the judge to return a gun he voluntarily surrendered after probation is completed, and to allow him to keep two guns in a safe in the home during probation which he would only be allowed to remove from the safe if there is a credible threat to his life or his mother’s life while they are at home.”

This will be interesting.

At one point during the protest, Schroerlucke got into a confrontation with some of the Black Lives Matter protesters.

Judge Vernice Trease, who accepted the plea on Tuesday, ruled in April 2022 that Shoroerlucke was not acting in self-defense because he was armed while others at the protest were not. She cited a comment he made at the protest that was recorded and played back at the hearing, referring to the stun gun he said “let’s have fun with this, I haven’t tried it yet.” Trease said this does not sound like someone who is afraid.

From my Inbox: Prepare for violent encounters and if possible, avoid them altogether using Colonel Jeff Cooper’s color codes of awareness.
Shedding crocodile tears for him