AR Or Shotgun for home defense

That’s interesting. I’d love to see them shoot that at a home defense distance, 10 yards max. That is probably one huge hole.

Two pellets of 0000 buckshot side by side are right at or slightly over the bore diameter of most 12 gauge barrels, depending on who’s pellets you use and the exact diameter. Notice there’s no shot cup in the images Bruce linked. If the pellets are too large, they can get dented or scatter like breaking the balls on a pool table. It’s generally a better diameter for 10 gauge. 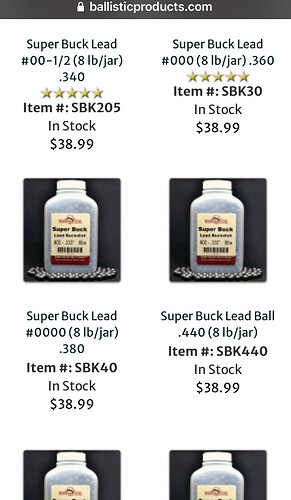 “Military Grade” means it was built to the minimum standards for the US Military (trust me, that ain’t too high) by the lowest bidder. As many here can attest, “you get what you pay for,” As proof: on my first deployment (Iraq) I was issued a M-16A2 whose upper and lower receivers had so much slop in them that it rattled when carried. I did get a better weapon on my second deployment (A’Stan): M-4 with an EOTech holo-sight.

Here is the thing about “military grade” and standards.

Everything was built to the minimum standards. Everything.

It’s a matter of what what the minimum standard actually is.

Everybody, every company, sets a spec, and builds to that spec for as cheap as they can. Every company that outsources anything (like, BCM outsources most of their stuff including BCG) has a minimum spec to be met and the supplying company that meets the spec for the cheapest is usually going to get it.

Upper/lower fit as far as I can tell is not a function or reliability concern so it wouldn’t surprise me if the military has a loose fit there.

Look up the parts we know or can infer for the TDS on an M4 rifle and you’ll see they are good specs. For example, a bolt made within spec from C158 that is appropriately heat treated, HPT, and MPI is a good part. As proof just look how many AR manufacturers push significantly cheaper [almost] as good as parts that don’t meet that minimum spec.

Yeah, some probably exceed it…the KAC SR15, the LMT eBCG if you can actually get one, the Geissele REBCG…but the milspec bolt/rifle is good (now if only it didn’t have a 16" barrel in the nerfed civvie version and a short higher pressure carbine gas system…it’s better with a 14.5" barrel and a mid length gas

Good points. Thanks for the clarification.

When you look at optics, “Military Grade” takes on a different meaning. Military beats the crap out of their equipment. It has to hold up and has to operate in all kinds of conditions.

“Military Grade” is a pretty meaningless term, when it’s used in commercials.
A “military grade” isn’t a standard. The military has multiple grades for everything when they’re in the acquisition process.

I don’t have the specific example in front of me, but I recall that the military has multiple “grades” for lumber. Top grades are reliable and straight, and suitable for housing. Bottom grades are pretty much trash, and suitable for burning. There are many grades in between.

So I can tell you I’m selling “military grade” lumber, but am I selling you something to frame your house with, or something to burn in your fire pit? Well, that’s a secret, I’m not telling you that.

Beware of retailers selling “military grade” anything, unless they can give you the specific grade.