Antifa starts to use guns

I think that for the safety of US citizens, the Democrats need to put their dogs on a leash…

Donny,as you called him would have NEVER allowed those thugs to do what our most popular president did!!!

George Washington? He was the only person to run unopposed (twice). He was also offered the Kingship.
FDR? He won 4 elections.
Nixon? He had the highest increase in popular vote percentage.

Know what, never mind. Let’s get this thread back on topic-
Yes the Anti- Fascist’s are making use of the same god given & constitutionally protected RKBA we are. Who did you think were the 8.4 million new gun owners last year?

The man shot was protecting other people from ANITFA. How is that antagonistic? He was there because they expected ANTIFA would attack people who were exercising their 1st Amendment rights. Because the weak ANTIFA wing of the Democrat party usually just beats up peaceful people, they were surprised by the resistance to their attacks. The woman who attacked Larry Elders was probably a racist member of the weak ANTIFA wing of the Democrat party too…ANTIFA has had guns at every one of their “peaceful” protests. Yet they never get arrested at CHAZ, CHAP, or Kenosha…all Strongholds of the Left.

Churchill once said the new Fascist will call themselves Anti Fascists….

A, If we’re going to start listening to British people we’ve already lost.
B, If I have to choose between a blanket statement from a politician who’s been dead for 56 years or a Psychologist who’s known her subject for 56 years, that’s a no brainer. 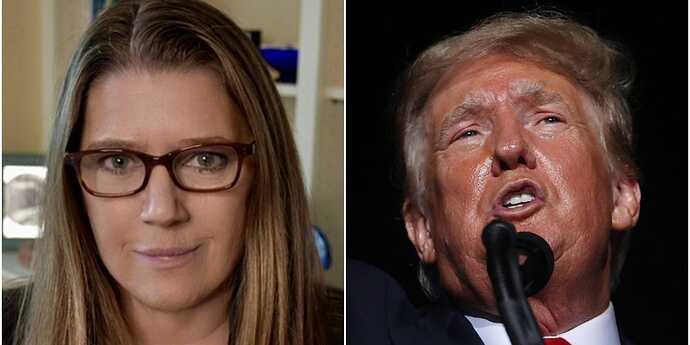 Mary Trump calls her uncle, Donald Trump, a 'fascist' but adds he wouldn't...

In an interview with Insider, Mary Trump claimed that Donald Trump is a "born autocrat" who routinely favored despots.

Psychology ethic rules prohibit diagnosing and treating family members, dont they? Not to mention, trafficking dirt on a close relative for profit speaks volumes about her.

Apologies for the delay. I’d reached out to a number of people in various medical field jobs (MD, PsyD, RN, LPN, PA, EMT). While it is an ethical minefield to TREAT a family member, simply diagnosing doesn’t have any restrictions. The patient would still have to find another Dr. for treatment who would no doubt want to confirm it.
That being said, as despicable of a personality trait as Fascist is, it is nowhere to be found in the DSM. So much to my chagrin, her being a Psychologist shouldn’t come into play. Instead I’ll have to hang my hat on the fact that she’s known him in both public & private for over half a century.
As for private info, his personality has been on full display around the world. Not sure it’s that private.
Profit? Of course. That’s what that family does.

LOL you’ve gone into quite some trouble to research the issue, clearly it is near and dear to your heart.

How do you feel about stadium after stadium full of people calling out to Brandon? Is he popular or what?

I’m guessing your auto-correct failed since I don’t know what “Brandon” you’re referring to. If you mean the ignorant hicks cussing out the president, I’m disappointed but not surprised. It’s amazing how the things that cause such an uproar when done to the guy from 1 party are suddenly OK when done to a guy from the other…
Hypocrisy thy name is conservatives.

I am sorry, but your response is confusing. You say you dont know Brandon, but it appears you do very well. So why the charade? What are you disappointed at - people exercising their right for free, albeit prophane speach, or people laughing at the sight? I think this phenomenon at the sporting events, its truly massive scale, is amusing, there is nothing like it I can remember in my life. Quite a reflection on Brandon in Vox Populi

Laugh for the day, satire but so true. 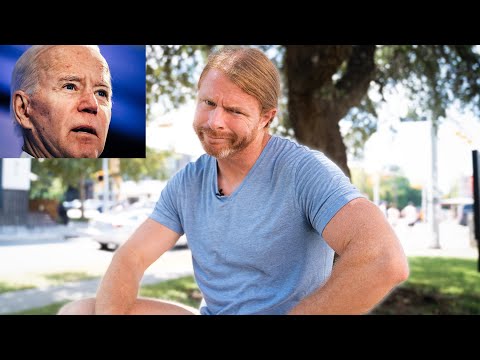 The only Brandon I know is some half- removed- something or other on my wife’s side. I only see him around the holidays.
Disappointed in the (lack of) response.
From shortly after Donny announced his candidacy, & all those women started coming forward regarding the assaults, until the Secret Service put a stop to it, there were quite similar chants outside his events. Those drew swift & severe condemnation from both sides of the political elites. This time around the right has been strangely quiet…
Hence, hypocrisy.
But as I said- not surprised.

similar chants outside his events.

they were not similar, because sporting events are not Brandon’s events. Not to mention the scale. Not to mention, none of the women’s allegations proven true.

Look, I am not a fan or Trump the private person and businessman, the endless affairs, the pageant, Stormy, the insane hiring decisions, unfair treatment of construction workers. But the reason we are even mentioning Brandon, is someone whose job was to report on facts, couldn’t acknowledge reality. Just like people fail to acknowledge reality when they say
“Antifa is a myth”, or “We are not tracking antifa violence because they are not an organization”.

There was no reason to give-up our air-base and take our troops out BEFORE we took Americans out. Trump signed the withdrawal, it could’ve been executed without losing 12 Marines, leaving behind some American, and arming the Taliban with billions in tax payer equipment some of which they are selling to our ENEMIES! This has incredibly little to do with Trump. What’s going to happen WHEN we have to go back in after Al-Qaida Z or whatever the F they’re called now attacks an ally or us? It’s not an “IF”, it’s a “when.” We lost so many troops and many more permanently injured or emotionally scarred the first time around and they were basically cavemen armed with old-ass rifles and horses. What will happen now that they have modern weaponry and possibly China’s and Iran’s support. Trump made mistakes, but to hide behind Trump or even blame him for this situation is just insane. Biden made all the final decisions, period. Biden says the “buck stops with him” yet him and his supporters blame everybody else. That’s not how accountability works.

I must be watching all the wrong “news” stations. I haven’t seen them referred to as a myth for years.
I had always thought of them as disorganized or loosely organized. To the best of my (albeit limited on this subject) knowledge they have no membership list, initiation, dues, etc…
Just a bunch of random pissed off X & Z 'ers who had thought to fight fire with fire.

Biden flat-out called Antifa a myth during the 2020 campaign. It may have been in one of the debates, I don’t recall exactly but it was said. For a group that’s loosely organized, they seem to have done pretty well and causing chaos in Portland and Seattle. I grew-up in an area that had gangs, never saw that level of affect from gangs as what’s happened in those two major cities.

When the self proclaimed “negotiator in chief” holds a press conference saying the terrorists are getting what they want most (us leaving), and by the way I’m not inviting the elected leadership of this country we’ve invested so much (blood, money, lives) into, then yes. I blame him.
We’d been bringing things into that country for 20 years and had 1 to get it out? Biden tried to get more time but why would they? The terrorists got everything they wanted from donny.

Now that we’ve both said our piece, let me remind you that this thread is not about Afghanistan. It’s about antifa.

Did any law enforcement or government entity ever determine how much of that was antifa and how much was just pissed off individuals who were sick of the status quo?

I’m sorry there was no reason for him to pull out the way he did, none. You can reason however you want, ultimately he made the call and put our country at risk and made us look like fools. People were worried about Trump’s mouth making us look stupid, well Biden’s ACTIONS made us untrustworthy. Actions speak louder than words.

As for Antifa, I’m fairly certain the FBI said Antifa was just a myth as well. Nobody to my knowledge in Seattle or Portland every spoke out and said it wasn’t Antifa.

Were they even trying to? This dismissive attitude, “we are not tracking antifa violence” tells you.