A gray Friday afternoon and I’m trying to get through the day without watching the clock. It’s 1500 hours and I’m trying to decide if I can catch another trick across town. I’m on the phone with a coworker and my dispatcher discussing the events of the day and negotiating the rest of the day.
A guy in an appropriate for his age and appearance, raggedy Toyota Carola, asked me if I provide security for the entire area? In spite of what it says on the side of my van I work on alarms. I am not a security guard but I guess since I have been a COP, a soldier and carry, I kind of do provide free security wherever I go. I just worked on an alarm system.
I have carried a gun since, I can’t remember when I was last out of arms reach of a handgun! He says a friend of his had his car broken into and wanted to know if it was safe. I didn’t know and he went on about his business.
He goes to his trunk and donned an (FDE) Flat Dark Earth plate carrier with Mag pouches, and AR mags!!!. He puts on a helmet, knee pads, elbow pads and a grabs very expensive Hard rifle case! He heads of towards the mall !!! I check my gun(S) and mags and turn the van to keep an eye on this guy!! OMG!! OMG!! OMG!! he’s headed for the mall in full battle rattle! I Have a Smith & Wesson SIGMA in 357 SIG, I check my Sig 365 9MM and mags and turn the van so I can see where he’s going!!
I lose track of him !! I quickly drive the van around the theater and see him go through a door!!! OMG! . . .
He goes into . . .

It TOOK ME A HALF HOUR TO COME DOWN FROM THAT ADRENILAN DUMP!!! A bunch of pimple faced over weight young men get together to play airsoft!!!
Clean your guns and think about when and where you will L00se it! That could have gone bad for everyone involved!
Please wait till you get inside to get kitted up !!!

My Paint Ball Buddies used to laugh about that all of the time. 6 guys in full camo face paint and “guns” come out of the trees looking rather aggressive. I’m sure a lot of folks got a bit of a scare…

My only experience with the pretend guns was while cutting trees down in the state forest, and it turned out the area I had was in a paintball war zone. We had an agreement, they don’t splat me, I don’t go all cray cray on them. Watched a bit, looked like a lot of fun, and maybe because of the territory, outdoors with woods, rock and ledge, these guys were quick, and I didn’t see any jelly bellies. 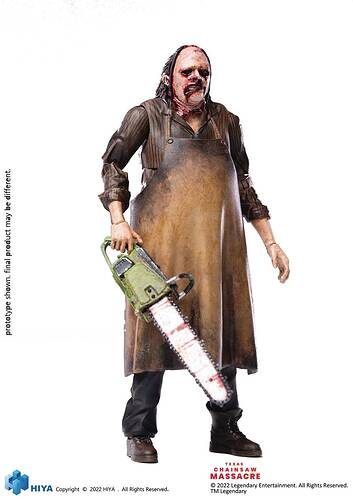 Fully agree on the need to get all geared up inside. But the rifle case with a duffel bag would have looked almost as bad. I would suggest a day glow orange sticker on the rifle case AIRSOFT NON Lethal

As for your actions, good job, great restraint, you were being a great witness and positioned yourself to engage if necessary. Huge adrenaline dump I am sure. You probably tensed up so much you ripped the upholstery out of your van when you got out. Great post, should make us all think, your training kicked in for sure

There is a balance in here, somewhere, IMO, between “Don’t look like the next 1 in 300 million mass mall shooter” but also “open carry of firearms is okay and we shouldn’t have to hide everything”

Can’t really tell how a situation like that would ‘feel’ without being there…video may help.

All that said, if I see someone open carrying a long gun, in almost any context there is I’m in Cooper’s orange for as long as they are in the same area as myself.

Fully agree on the need to get all geared up inside. But the rifle case with a duffel bag would have looked almost as bad. I would suggest a day glow orange sticker on the rifle case AIRSOFT NON Lethal

Is it really that bad to be seen transporting a rifle in a rifle case?

At the same time, don’t be surprised if the next 1 in 300 million mall shooter walks up with an AIRSOFT SIM sticker on his case.

@Nathan57 I agree with you, should be nothing wrong with carrying a rifle case. And yes AIRSOFT SIM sticker sales could increase. And also in full agreement about being in Jeff Cooper’s orange. I am a retired LEO and was just giving a perspective from a law enforcement/public safety perspective. Definitely a topic open for varied and valid viewpoints.

Nothing like a great day on the battlefield! Always gear up in parking lot, not in view of civilians! 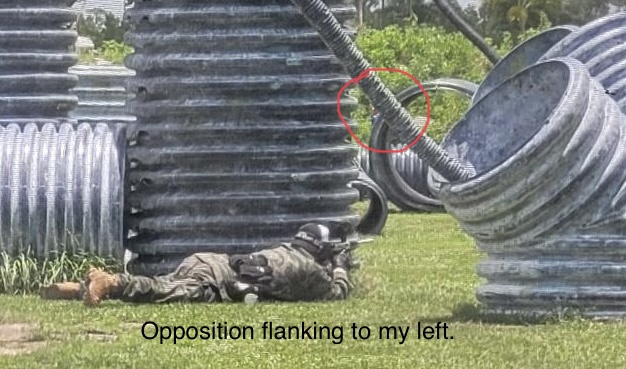 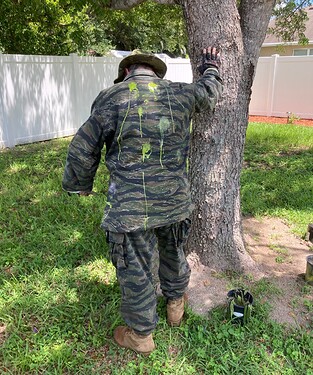 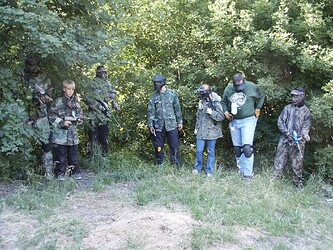 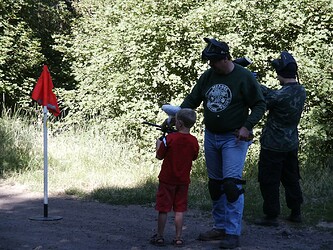 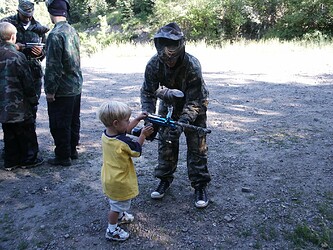 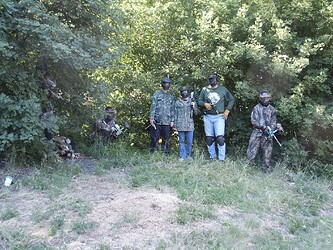 In my perfect world I get more nervous seeing someone behind the wheel with a cell phone than I do seeing someone properly armed.
The “FEEL” part is what got me prickly. From the youthful appearance, bad skin, pasty complexion, quizzing me about the security all added up in my book to justify higher scrutiny.
Just another one of lifes free lessons.

I think given the recent headlines it is quite possible my alarm bells would go off if I saw someone in full battle gear walking into a mall. I would be a bit confused though by why they had the rifle still in the case when they weren’t trying to conceal the rest of their gear. But you can’t assume that anything these pathetic, wanna be mass murdering, losers do will actually make any sense.

If my gut feeling matched what I was seeing I probably would have dialed 911 and then been very embarrassed to learn there was an airsoft arena in the mall.

Better to be embarrassed for a while rather than regretful. There is a reason the slogan is “see something say something” rather than “see something, think about it a while” . Shamrock, your gut feeling would have been correct.

Right on point about the FEEL. I know you have heard “JDLR” for our civilian friends Just Don’t Look Right

I missed the part where you called 911 and started your call, “I hate to be an alarmist, but…”

Yeah, nothing wrong with noticing.
Actually, good on OP for driving around and making sure nothing went wrong.

I had a moment a few years ago when a man was walking towards my children’s school with what appeared to be a rifle case. My adrenaline shot up to 11. Turns out he was carrying some parts for an outdoor display.

I personally don’t call 911 for everything. If it obviously a problem them Hell Yea Speed dial city but when it’s a little scary or even moderately scary I’m confident I can take care of myself.

Damn you! I juss shot my drink out my nose!

What made you do that?

That was actually funny. Not saying that i would’ve reacted any differently. But it is a great story about how our minds work and do not work. Glad you held control. I tend to believe that our military training is what seperates us from reaction and observation before reacting.

Happy anniversary @Scott52 and may you stay on the community for a long while.

Thank you, brother! I’m in it for the long haul!