2 part question, why aren’t 10mm more popular and anyone carry one for conceal

One difference I find between my 9 mm and my .45 is I forget that my 9 mm is on me because it is comfortable. Now my .45 I know I have it on and it reminds me it is there, which I do not mind because it is a weight thing only, not discomfort. The only thing is, is that I really like my .45.

I agree, I’m not a fan of my gun being so light I forget it’s there. One reason I like my 45 shield over the 9.

agree, I’m not a fan of my gun being so light I forget it’s there. One reason I like my 45 shield over the 9.

I didn’t know these existed until a few weeks ago. I think the gun worlds been fixated on 9mm. It looks really cool.

I didn’t know these existed until a few weeks ago. I think the gun worlds been fixated on 9mm. It looks really cool.

I didn’t think I would like it for an EDC but with it being able to use the G21 magazines the grip is instantly presentable, don’t need to worry about the pinky hanging off. I enjoy shooting it more than my G19.

Anyone ever try one of these out? I’m seriously considering getting one for my XDM.

I am a long-time user and reloader of the 10mm Auto. I was becoming an arms hobbyist about the time the 10mm first started. C. 1975, wildcatters were trying out concepts in then-existent pistol platforms to see what worked/survived. 0.4" seemed like a nice mid-point between the 35 and 45 calibers that held sway with defensive shooters. Guns & Ammo magazine had their staff assemble 38/40 WCF bullets (180 grain soft points) into cut-off 224 Weatherby cases, The 10mm uses a cut-off 30 Remington or 32 Remington rifle case as its parent; the 40 S&W usually has a small pistol primer in this same parent, the 10mm uses a large pistol cap. Per Cartridges of the World, 15th Edition, (pp. 456-457) the 10mm Auto was developed in 1983 with input by Col. Jeff Cooper to produce an ideal combat pistol cartridge. Dornaus & Dixon were the company that did the heavy lifting, and the Bren Ten pistol resulted. The company and the pistol are now defunct, but the cartridge is very much alive.

I’ll spare you the tortuous route the caliber has taken through the years, and sum it up as follows–most of the factory loads (un)available currently consist of a 180 grain controlled-expansion bullet running in the 1125-1150 FPS spectrum. Federal has what is termed the “FBI Lite” load–180 grainers @ 1030 FPS, which is quite close to 40 Short & Weak specs. Forgive me, 10mm fans like me have several pet names for that caliber. The Winchester Silvertips are a bit stronger than the pack, running a 175 grain old-school JHP at the 1225-1250 FPS level. These might be as heavy a load as Colt or Glock users should run in their pistols. Original Norma loads sent 200 grain bullets at 1200 FPS, and these were the loads that broke the Colts with some regularity. Boutique loaders assemble some even more (claimed) powerful loads, but those are outside my experience.

My agency did not allow the carry of 10mm, unfortunately. I have had at least one in my safe since the late 1980’s though–S&W Models 1006 and 1026, which were BEASTS and could manage Norma loads like 357 Magnums handle target wadcutter loads. Those went down the road some years ago, and now I muddle through with Glocks 20SF and 29SF. My carry loads are Winchester Silvertips, and I have a practice load cobbled up using Alliant Blue Dot powder that duplicates their ballistics.

If someone tries to say that 10mm recoil is similar to that of the 45 ACP, my thoughts are that someone was shooting FBI Lites by Federal. I’m here to tell you–the 10mm Auto is NOT a novice’s caliber. Physics have laws that get no plea bargains. In that Glock 29, the Silvertips are a HANDFUL. In the G-20, the STs are more manageable, but still not a good choice for unseasoned users.

Why aren’t 10mm pistols more common? They kick. Heck, law agencies are deserting the 40 S&W because personnel have trouble qualifying with THAT caliber. Pistols and ammo for same are scarce and expensive, even during times of plenty.

10mm is a superb autopistol caliber for deer hunting. Most of its recent sales focus has been on handgun hunting, e.g. the Sig-Sauer single-action offering.

I suggest that you use the 40 S&W to assess your ability to manage recoil under close-quarters/rapid-fire scenarios. Then consider how much more recoil that extra 200-300 FPS charges as a toll for the enhanced striking energy. Hits in the background accomplish nothing…except possible tragedy. NEVER carry more gun than you can reasonably control.

To conclude–think long and hard about the 10mm as a viable carry option.

To tack onto @Allen21, although the 40 in a similar size and weight firearm should be more manageable, remember that a 40 in some of these subcompact ultralight options, e.g. the PM40, has significant recoil. These 9mm sized ultralights aren’t available for the 10mm.

Yes, @Scotty , that’s exactly what we need to do. Make @Allen21’s comment even longer.

Sorry. I couldn’t resist. Even at 4:08 AM. I just took allergy and pain meds. I’ll be here all day

. The following link contains a table of various calibers, bullet weights and velocities and recoil (ft-lbs) to simplify comparisons between calibers.
https://chuckhawks.com/handgun_recoil_table.htm

Hey–I left out much of the historical & developmental fits & starts. After writing hundreds of search warrants for a couple decades, I reflexively attorney-proof ANYTHING I write. Sorry about that.

I am a HUGE fan of the 10mm/40 caliber, in general. I see the 40 S&W as the FBI Lite load adapted to the 9mm platform. You are correct–in sub-compact platforms, the 40 S&W is a bit of a handful in its own right. FWIW, my most-carried handgun is the Glock 23.

A lot of police agencies are turning away from the 40 S&W, and moving toward the 9mm. I don’t like that direction at all. There are no “bad” loads in 40 S&W, 10mm, or 45 ACP in the context of fight-stopping/felon repellent. The 9mm comes in a lot of flavors, just like these other 3 calibers–and many of the 9mm offerings are–in my opinion–sub-par when it comes to exchanges of finality. As originally loaded in Europe, the 9mm sent 123-125 grain bullets at 1225-1250 FPS. THAT is a decently powerful round, more so if the bullet is of controlled-expansion or truncated cone design/form factor. Such power is a mid-point between 38 Special +P and 357 Magnum. A lot of American-loaded 9mm ammo barely matches 38 Special +P. Yes–I am an advocate of Hatcher’s IRSP. NO–I do NOT think highly of the FBI-touted 147 grain sub-sonic 9mm loadings. 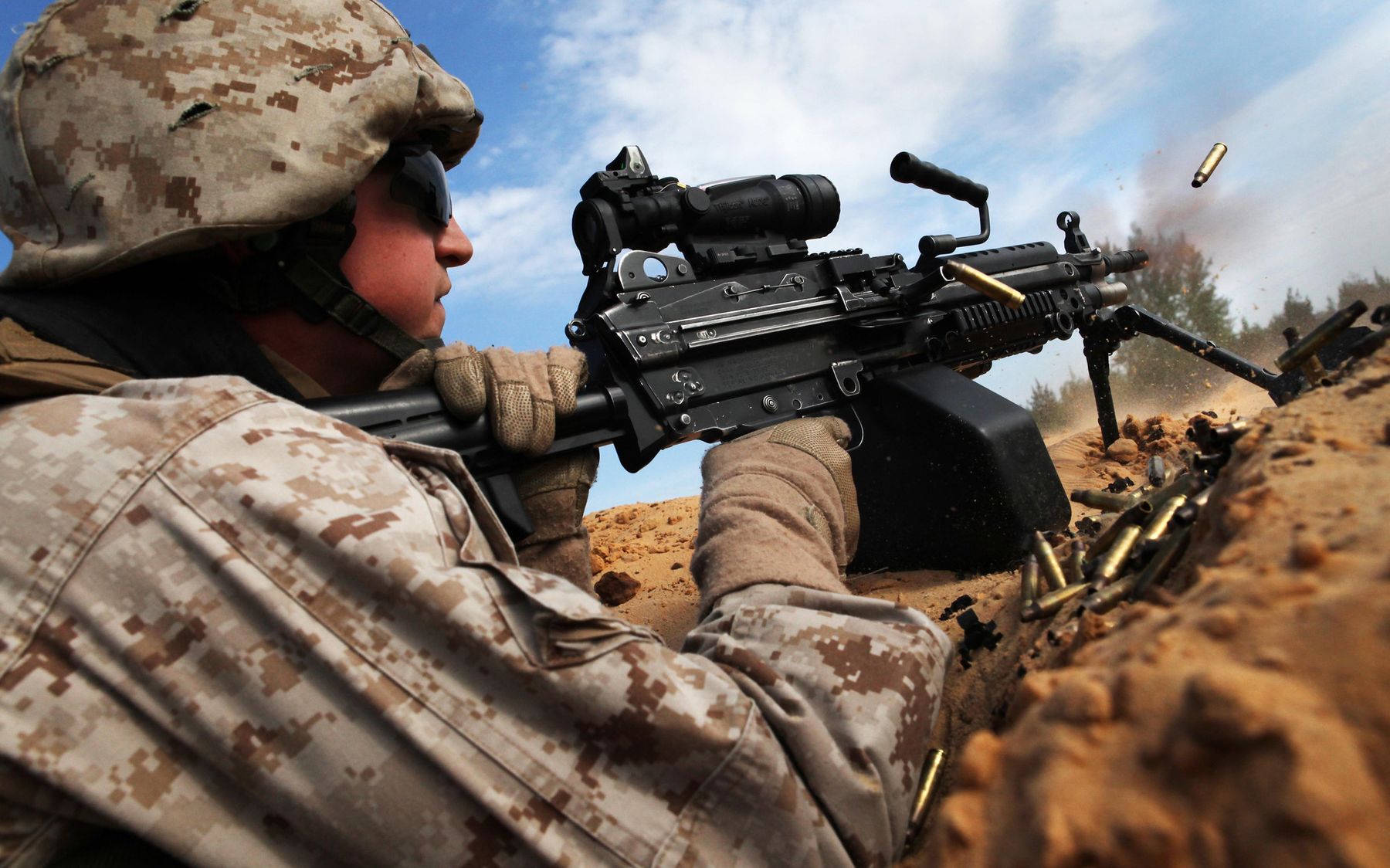 Why they U.S. Marines Want a Very Special Bullet (A 'Taser' Bullet, to Be Exact)

For me, the difference between 10mm and 45 is negligible, but I’m also a very big dude. Wrapping my meathooks around a subcompact is…problematic. which is why I don’t carry or own one anymore.

Most people have hands (and wrists) half the size of mine. So when I say the recoil is about the same as 45ACP it’s because of perception. So I don’t recommend it for everyone, but i do like that 10mm more than any other pistol round I’ve fired to date. Bonus points for living where the 10mm is equally viable against two and four legged predators.

I started with a Glock 19 and quickly moved to a Glock 30 because I liked the increased firepower. I researched the 10 mm because it has even more firepower, and compared accuracy, recoil, and weight between the Glock 30 and 29. I’m not a big guy and found the recoil difference negligible.

I now use the 30 as my EDC using a N8 Squared IWB Pro. I live in Arizona, so summertime carry gets complicated at 110 degrees. For shorts and tshirts I switch to either a Glock 26 or a Sig 365, but the 30 is still my first choice.

Also compared the .45 cal to .40, in addition to thev10 mm. Found the. .40 to be snappy and harsh, but barely any difference between then.45 and 10 mm. That may be the Glock architecture and have more marked differences with other brands. But I am basically a Glock guy so I’ve never checked other manufacturers.