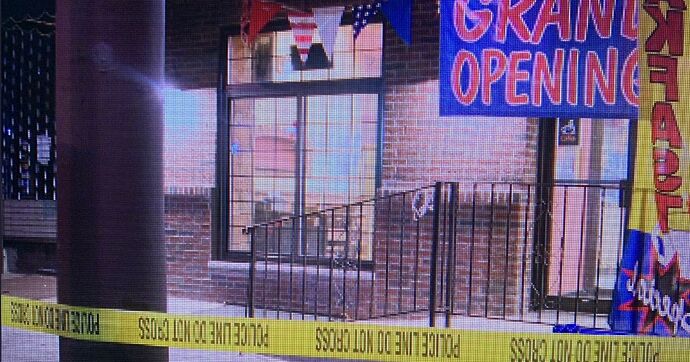 A suspect got much more than he bargained for Thursday night while attempting to rob Bold Pizza in Philadelphia, Pennsylvania.

Good on him. If enough would be robbers are shot maybe some will chose another career path.

The strangling, is where would be robber graduated to would be murderer. Yes, good on the boy. Sadly, Philadelphia has a pro-crime DA, so the hero who saved his mother is very much in jeopardy of prosecution.

Taking these thugs out the first try ensures no second attempts…

Nice video and I hope the young man do not face any charges for doing that which is right. I do no agree with the pointing out that it’s a democratic city or whatever, I learned in my short time here on earth that crime is not political, but more so financially.

Second, the teen’s heroic actions prove the importance of the Second Amendment. If he had not been able to shoot the alleged attacker, his mother could very well have lost her life.

Police said the gun was legally acquired, and the teenager only used it in a potential life or death situation. This is a case that proves the importance of gun ownership for law-abiding Americans.

As of his admittance to the hospital, police have not said whether the suspect would face charges.

Police did not tell the Inquirer whether the teen would be charged with underage possession of a firearm.

These are my takeaways from this article. If all of these facts are facts, I hope they put the faceless man in jail. Unlikely as cities like Philly have lost their governments to corruption and cartels. I’ve been reading that Latino owned businesses have been targeted for whatever reason. Most likely because they refuse to acknowledge the papers that the city is about to require for shopping, eating, and commerce. This tells me one could argue that the “government/criminal organization is responsible for the attacks.

This is a case that proves the importance of gun ownership for law-abiding Americans.

And training…he could have just as easily shot his mother.

Well, the kid was 14 so I doubt he had a lot of training, if any. So the story kind of speaks to the opposite point but obviously I agree. The more trained a person is the better.

Of course, trained is better. But lets say for the sake of argument, the kid was 4 and did the same thing, saved his mother. Would we talk about how trained he was, and was it ok for underaged kid to touch a gun.

The most important thing, the kid had courage, survival instinct, and access to force equalizer with the murderer.

We should feel badly for the poor man who was shot. His face will be disfigured, and he will be traumatized for the rest of his life. It’s not his fault, either! His dad was a heroin abuser, and his mom was a hooker. So we should feel sorry for him and help him and give him a job and a clean, quiet place to recover, and therapy.

Oh, sorry…my sarcasm switch was accidentally left on. I hate it when it does that.

“You just dont know who has access to weapons”
$64,000 question. Is it A. Nuns, B. Kindergarteners or C. Criminals.

I just read a story talking about how a new video has surfaced that shows the ROBBER wasn’t actually strangling the mom but just merely ROBBING her. I’m like, don’t even try it! The dude was ROBBING possibly his second store of the night. If you don’t want to get hurt, don’t steal from people. Risk/reward. Nothing is free. If anything, he’ll be harder to identify next time he does this. It’s almost like an advancement in his Career.

Were they saying, Robbery is a property crime, not a violent crime? LOL, until you experience it.