YES, this is a concern 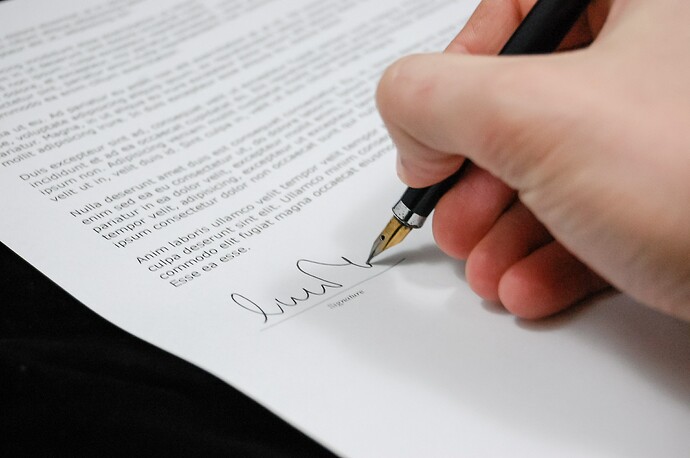 Why You Don't Want to Accept a Plea Bargain

Pleading guilty is the highest form of admission in the criminal system. By entering a plea, you are waiving a number of rights and ensuring that you will

This guy is on with John Correia of ASP alot. He gives good advice too.

In this case…why is USCCA without response??? I’m hearing crickets.

and just like that…the end of USCCA took place. I’ll be checking out other solutions if USCCA doesn’t respond and walking away from this group.

I reviewed the contract, terms, benefits, etc. before signing up and knew that clause was there.

However, a good point was brought up here and I doubt USCCA will post a public response because every situation will vary.

Note to myself: Before pleading out or agreeing to anything, make my lawyer get USCCA (or any other company) to agree in writing that they will not attempt to recover any payments made related to my case. They should agree because it will mean less money out of pocket in the long run since there won’t be a prolonged trial. But logic does not always prevail when money is involved.

Anyone who reviewed the contract, terms, benefits, etc. before signing up knew that clause was there.

I read my coverage top to bottom before paying up. I saw this clause. I accepted it. How is it that this catches others by surprise?

Maybe @MikeBKY will weigh in on this one.

On top of that, understand there are many loopholes for them to step out on defending you. Words like normal circumstances. I look this up and asked some questions. Found out that if there is a riot in your town and a group breaks into your house it is not “normal circumstances”. They will not defend you if you protected your family. I found many things like this in the “agreement”. One of the reason I cut my membership up.

I think all responsibly armed Americans would agree that if what was initially presented as a lawful act of self-defense turned out to be a black and white first-degree murder, the insurance company should be able to recoup payments.

Eye opener! All sounds so good when reading it on paper, but when explained by an attorney things sound more realistic in the current atmosphere.
I joined as a back up, so to speak, I never intended to ever have to use my firearm for self defense. Just in case, knock wood, I ever needed a competent attorney, here is where I would turn.
We all know the answer to the query! It’s in black and white legalese. What sort of answer do you actually hope to get? G
Obviously some changes were made since 2015. That section does not appear in the resource guide I received when I joined. I realize it’s my responsibility to keep up with the changes. I have and will.

{shakes his head in astonishment at those who are surpised}

I fully understood how USCCA’s coverage works before I signed up. Did you not read the membership terms?

I am willing to bet there are people here that drive Fords. Chevys, Chryslers, Toyotas, Hondas, Nissans, Hundai and Kias. Toss in a few VWs and other European cars and you will see everyone makes choices for different reasons. Hardly ever will a Guy that bought a Honda after much research advise you that Nissan is the best car. We are the same with guns and brands. Why would you expect the competition to USCCA to be any less suspicious of the companies practices.

I don’t know about the rest of the members here but I did look into most of the other companies mentioned as alternatives to USCCA “Before” making a decision. I am not surprised that if I committed a crime or was convicted of such that a company might not want to pay for my defense. The catch is have we committed a crime or not? By following the rules we are taught about self defense we can only trust that we have picked the best company to represent us in a time of need. We could same the money and trust our fate to public defenders and not have any fees to pay, and we may be found guilty as well.

Being a bid fan of Dana Loesch I had narrowed things down to USCCA or the NRA defense shield. The NRA insurgence folded so I guess I dodged a bullet there. The problem was I couldn’t find any companies that were so out standing that they had no detractors. SO at some point you have to pick one and the reputation of that one goes a long way when you have to fork out your money.

I really don’t expect my attorneys at USCCA to come to my rescue after I am arrested for robing a gas station, though I got the impression the man in the Video might has his group do just that, not that he said so.

I have had sales people from other companies tell me what USCCA will and will not do only to find that they were wrong. A salesman for one of the more popular companies here in Texas told me USCCA will not cover you in a civil suit. That wasn’t true. Unless you were committing a crime at the time the reason for the suit was filed. So I don’t panic at these video sales pitches. I research more and see it I still made the reasonable choice.

Who s it that determined it was plain black and white homicide the people you’re supposed to be defending us against. Is that not what this insurance is for because if I get arrested and charged they have already decided.Of if the lawyer losses the case and you are found guilty because your lawyer did a bad job and you got convicted you have to pay it back

I appreciate you instantly answering our concerns, they are quite deep, and the explanation seems plausible, until, like the attorney said, if pleading down to a lower penalty is our only option, where do we stand?
In the current atmosphere none of us ( The Mcloskeys ) even just the optics of preserving oneself is guilty in the eyes of a socialist court! I am the ham sandwich!
Printed PDF thank you.

Read them cover to cover in 2015 when signing up.

I don’t know about the rest of the members here but I did look into most of the other companies mentioned as alternatives to USCCA “Before” making a decision.

I regularly hold USCCA up against their competition. None of the others even come close. I checked one based on an ad in Guns & Ammo (I think that was the magazine) the other day. Their web site boasts about having a $2,500,000 defense fund. Let that sink in a moment. They cover one lawsuit and they’re out of business, leaving their customers without coverage.

nowhere did I or the terms in that section say anything about criminal acts. It talks about taking a plea bargain or being found guilty.

When I signed the contract back in 2015 and paid in full for said contract, that contract changed, it seems to have evolved with the times. That being said, are there any changes being made to assist legal, law abiding citizens?
I hope I’m not being as vague as some contracts can be.

where I signed up there were literally dozens and dozens who signed up because of TRUST-- no copies of the terms were offered. I have since read the terms, now that I know where to find them To me there wasn’t full disclosure.

and why the nasty tone?

I hope I’m not being as vague as some contracts can be.

I think you are being vague. What, specifically, changed?

How did you pay in full? My Elite membership is month-to-month. I’ve been a member since 2014.

I agree that USCCA appears to be the best, but this clause should give us all something to worry about.

Armed Citizens Legal Defense Network is, in my opinion, the 2nd best-- they don’t have this clause.