The Virginia Citizens Defense League (VCDL) has filed a libel lawsuit against the Coalition to Stop Gun Violence (CSGV).

Apparently, in a press release supporting Terry McAuliffe (Democrat) in the race for Governor CSGV wrote (among other things):

Virginia cannot afford to elect Glenn Youngkin and his outdated and harmful stance on gun violence. His willingness to say anything for a vote is deeply troubling, as we’ve already seen him cozying up to those with deep ties to those at the forefront of the insurrectionist movement, like Senator Amanda Chase and the domestic terror organization, the Virginia Citizens Defense League.

Unsurprisingly since the VCDL is NOT a terror organization, domestic or otherwise, they filed a lawsuit. From their press release:

VCDL is suing CSGV for libel and Mr. Joel Kanter, the Chairman of the Board of CSGV, has been served the papers. We await CSGV’s initial response, which is due by September 18.

More info and links to press releases at TruthAboutGuns, and if you are on the VCDL email list, you’ve likely already seen this. 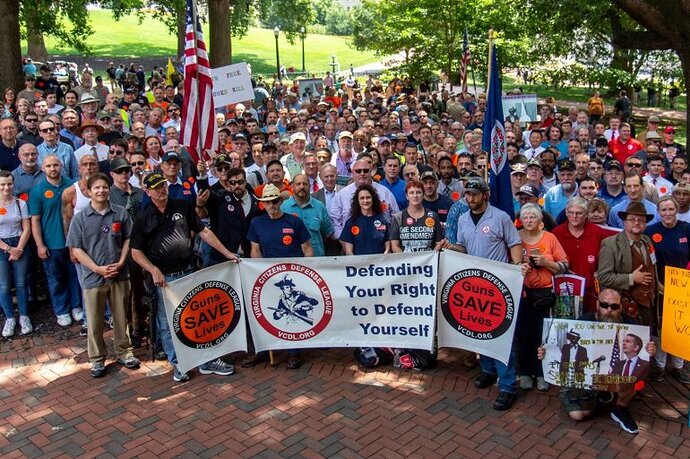 The Coalition to Stop Gun Violence called the Virginia Citizens Defense League a 'domestic terror organization.' VCDL is now suing them for $450,000.

Wow…a civilian defense group is a terrorist enterprise. Here in CT, the last governor called the NRA a terrorist organization. The Dems have totally lost their minds.
Appreciate your post, I saw this headline on YouTube but nice to see the reason for the suit.

His willingness to say anything for a vote is deeply troubling,

“If you repeat a lie often enough, it becomes truth.”

Important to call these folks out on their lines of bull. Unfortunately, there’s a lot of idiots who think with their emotions.

I did see a funny one the other day. Florida protest, DeSantis banning masks the issue. Sign a protest says "kids aren’t replaceable, a governor is "

Responses were hilarious, mainly along the “well, how come we only have one governor, but a million kids?”

I am pleased to hear this & it should happen more often. About time the good folks started to use the courts to end these lies of the left…