Massive change in NFA by the ATF.

More unconstitutional rule changes. So by changing a couple words on a FAQ page the ATF now makes anyone who walks into a gun store or shooting range with NFA items present an instant felon!

First declare millions of commonly owned and legally purchased firearms to suddenly be restricted NFA items and then change a rule so that anyone who comes close to them is a criminal. This should really open the door for a ruling that the NFA clearly violates the 2A.

This is not a rule change - it is a new law, put forth by an agency that the Supreme Court recently ruled did not have the authority to create laws. They will never give up their agenda to disarm America.

Let’s not argue about words, again. The ATF cannot pass laws, but it is changing the way it enforces a law. For all practical purposes, yes, they are re-interpreting an existing law in a way the judiciary sometimes does- except the judicial rulings can be overturned.

One has to ask why ATF made this a priority. Can they cite instances where someone picked up another person’s fully automatic rifle and shot up a crowd? I doubt it. So what’s their true purpose?

One has to ask why ATF made this a priority.

I think it’s because there is a Left Wing President, Left Wing Senate and really close to a Left Wing House. Any pressure they can put on 2A is seen as a success to them.

In reality is that one of the most far fetched things you ever heard. I will admit I have thought about it and even worried about it. It seems like it is about as possible as eliminating hate. Where do these ideas come from and what makes us think they are possible. Although I do think we can eliminate hate in a gazillion years. When we do that we can disarm America.

At the end of man, my friend. I love the optimism though

Every change the ATF makes is concerning, we all would be better off if they were displaced…

Realize, of course, that the ATF won’t be going door-to-door to enforce its new rules. Your local law enforcement agencies will be ones who arrest and prosecute you for possessing an illegal (as defined by the ATF) firearm or firearm component. Pay attention to who you vote for for sheriff.

the ATF won’t be going door-to-door to enforce its new rules.

See, here is where I really have an issue, the ATF is an agency that has rules, not laws. So, please correct me if I’m wrong but it seems as though the ATF is making up/changing “rules” which are not constitutional laws but are telling everyone they are laws which no part of DC has passed?

That’s a good point, makes me wonder, If I was dragged into court for a violation of one of these “Rules” would it simply get thrown out or would the courts hear, convict and sentence based on the “Rule”.

I’ll go a step further.
Hold on to your hats….
If I were to buy a can, and my mother were to use it on her LRR, I, biologically, am a part of her, so being a part of her she would be a co-owner of the can and legal to use it?

You may (or may not) be right.

However, I doubt that you want to be the test case where you spend your own money on bail, lawyers and appeals up to the Supreme Court, all the while the government draws from a virtually limitless legal warchest (tax dollars and taxpayer employed lawyers). To make the economic case even worse, under the doctrine of sovereign immunity, government cannot be sued for damages unless there is a statute that provides for recovery of such damages. I doubt whether there would or could be any recovery of damages against the federal government for a challenge to the authority of the ATF. 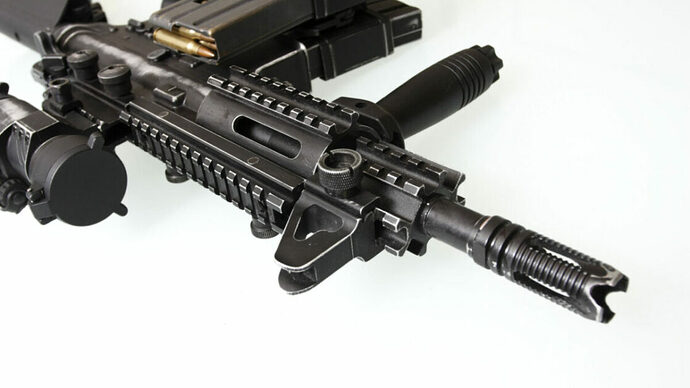 Because the new rule "kind of flips the process around," one prominent attorney says, you could be in serious jeopardy.

This is a good point, to a degree, and you are so right about paying attention to local elected officials just as much as those elected at the federal level.

I reached out to both my COunty Sheriff and my Village Police Chief. Both said it’s federal-level enforcement. Fortunately for me, both support citizens’ 2A rights and fear federal overreach.

Where local law enforcement would come into play would be the ATF or other federal agencies asking them for assistance on any actions taken.

I might be a little confused on the new rule. Is it the gun owner at risk, or is it the non-owner who is in proximity / possession of the automatic firearm? Or both?

Using my own tax dollars against me to pay for their lawyers.
Sounds like extortion to keep me quiet. 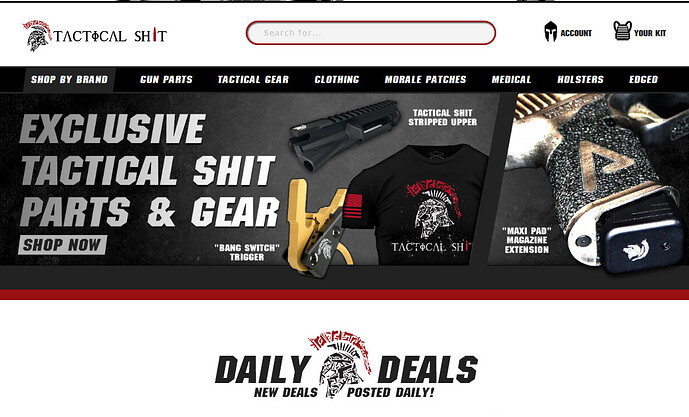 Introducing a new, futuristic design in the XM42 series. The XM42-X is the future of flamethrower tech. With a double grip and easy to use design, this will be the talk of your friend circle. If you can't manage to carry this because you have a rifle...

“ The XM42-X system is powered by a rechargeable lithium-polymer battery (battery and charger included). Simply fill the tank with your fuel of choice, flip the switch cover, and press the trigger button to send a stream of flaming fuel up to 25 feet away.

I think that they worded it that way. so they can easily change their rules to benifit them