USCCA has education for us on traveling across
state lines with a firearm and the differences. Well explained and USCCA has a MAP on the those
States approve or disapprove our CCW License
Or Permit.

People life’s were saved by this Marine in Maryland but his CCW was from Virginia.

I went on an eight-state road trip in June and yeah, each state is different. I did a major check to see where I could and could not carry then how to store the EDC when I am in states that require such. I had it locked up and unloaded in my safe hidden in the car when it was required.
It would be nice to have a universal conceal carry capability when you have to freedom to travel throughout the United States, and it sucks not being able to protect yourself anywhere you go.

Doing the same right now. Left my legal state, went through several (ny, pa, MD) where I had everything locked up, made it to the legal zone again(VA, WV, TN… heading to NC afterwards I think, check out some surf), though ironically I’m now parked in a gun free zone

.
Tomorrow I’ll be visiting @Barry54 to see if I get get him to update his iOS operating system or make the change to Android 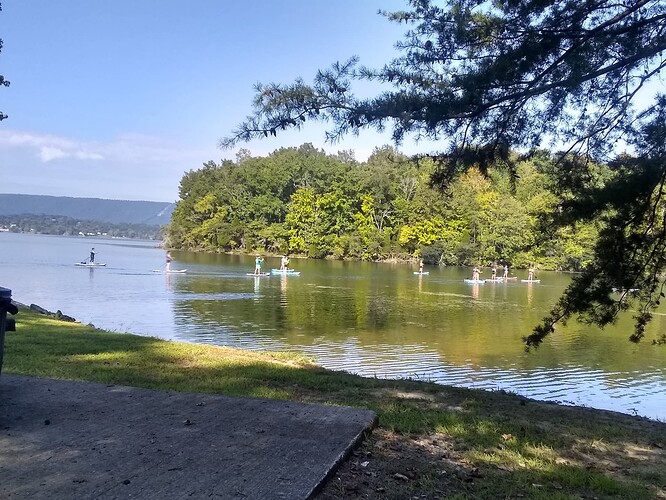 Great work. Beautiful country we live in too.

Sadly the places you are most likely to need a weapon to defend yourself are the same ones where you are not allowed to do so. I have resolved that issue by avoiding traveling in those states-they don’t trust me enough to allow what I can legally do in most areas, they don’t get my tourist $$-period. We spend months a year in the motorhome on the road. With the exception of Illinois I can travel in any direction without an issue, so I go south or north before heading west and simply by pass ‘em.

avoiding traveling in those states

My wife and I have had opportunity to travel through various states to visit and have fun. She is well aware that there are states that we won’t be traveling to or through.