The Aftermath: Don’t Open That Door

A Florida defender with a Ring doorbell camera caught four youths seeking to enter his home. Though the homeowner knew what was awaiting him, he opened the door. All four assailants rushed him. The defender, who was armed, drew his weapon, but it was wrestled away from him. As the home invaders ransacked his house, the homeowner retreated to the bedroom and picked up his AK-47 rifle. He then fired at the intruders inside the house and pursued them outside, still shooting as they drove away.

Do you have a home-security system? How does it factor into your home-defense plan?

Why on earth would you open the door when you know there are 4 potential home invaders standing on the other side?

Can’t think of a worse way to handle this situation. This guy is lucky to be alive!

fired at the intruders inside the house and pursued them outside, still shooting as they drove away.

Those shots are highly likely to be felony assault, unless the thugs were firing back at him as they drove off. Otherwise there was no longer a threat to him, and he became the attacker as he fired at the departing vehicle.

This case is a good example how not to handle such situation.

Every single step of homeowner’s actions was wrong…

Do you have a home-security system?

An old friend of mine has one of the best security systems: 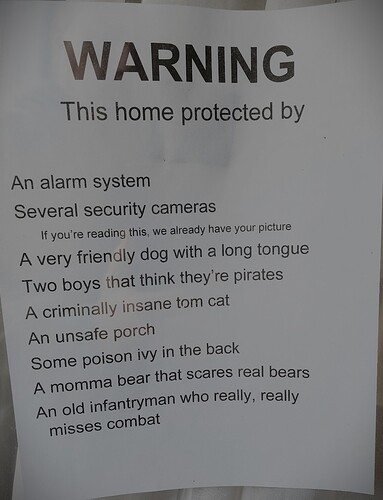 I always wonder the same thing, but people do.

See the current (October 2022) Concealed Carry Magazine page 97 article for an example…4:30 AM someone pounding on the front door sounding like they might break it down, but the door was opened to this random strange guy pounding on the door.

Why? I don’t know, but people open their door to a potential deadly threat all the time for some reason.

Do you have a home-security system? How does it factor into your home-defense plan?

It is always set at night, when we are away, or anytime we know we won’t be opening the doors for awhile (has push reminders if we forget to arm).

It also chimes anytime a door or window is opened so that we are aware something was opened.

Sensors on all exterior doors and windows as well as the main big garage doors (vehicles kept in the garage, locked, with door between garage and house also locked and alarmed).

And I know better than to open the door in either or any of these situations. I will ignore (as far as they know…) whomever is on the other side or answer by speaking through the closed door. This door is also secured by means significantly above the standard residential door locks.

It continues to amaze me how the non-LEO is held to a higher standard in all things firearm related… Should not who call themselves “professionals” be held to the greater standard and show us “uneducated” people how its properly done? In my town (3d largest in Nebraska) the police only have to fire 30 per year to keep their certification.

I don’t think that’s a different standard. Police have also been prosecuted for firing at suspects who are fleeing the scene. And they’ve been prosecuted for firing at suspects who seemed dangerous but, upon further investigation, were unarmed. Take into account, though, that if a suspect is deemed to be dangerous, a law enforcement officer might be obligated to fire at the suspect even though he’s fleeing, in order to protect others. Laws and policies vary from city to city and state to state, but there’s often a lot more to a story than what we read on the internet.

In my town, concealed carriers don’t have to fire a single round in their entire lives to legally carry open or concealed (and I agree with this law), by peace officers have to go through training (lots of ammo) and then fire a total of nearly 180 timed and scored rounds in order to initially qualify, plus about 150 more rounds per quarter for the local qual and about 90 rounds annual for the state qual

I agree with most of what you say… I’m talking about officer who fires indiscriminately.

The list could go on but you get the drift.

Studies show that citizens are better trained (in firearm use) than the police and they are 80% more likely to hit their target than the police. In Nebraska and officer need to fire just 30 rounds to qualify. Omaha has a state of the art firing range (taxpayers are generous) and get FREE ammo, but less than 10% if officers take advantage of those tax funded bennies. There is a rumor that some Bellevue NE offices took tax funded ammo and gave it to their families during the riots when ammo was almost impossible to get…

I know of no department that has the rigorous training you state,

Case by case basis. I can’t blame the police in my city for what happens in Louisville. Let them review the situation and determine the best course of action.

Do you have any links to those studies?

What I usually see puts LE and private citizen accuracy (OIS vs DGU) similarly, both running 18-20% pretty consistently nationwide over the decades

I’d be curious to see those studies. Statistics can be interpreted a lot of different ways. Who are these citizens that they’re looking at? Massad Ayoob or Alec Baldwin? It makes a big difference who they’re sampling.

It also makes a big difference how they’re trained. I had to re-learn a lot of firearm practices when I started carrying for self-defense, because it’s different.

Also, my guess is that the average citizen who carries is far less likely to ever use a firearm in real life than a police officer on patrol. So the samples are going to be skewed. 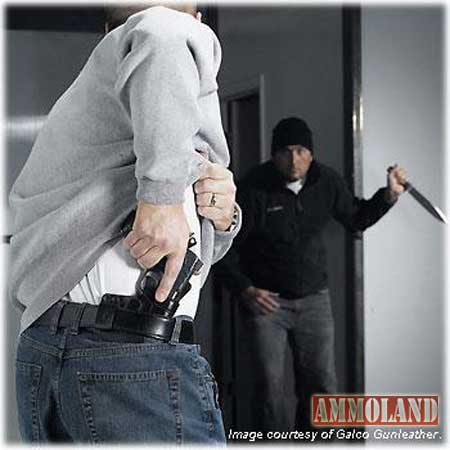 Civilians are Safer than Police

I don’t know what is so special about law enforcement officers that civilian gun owners should imitate them. A badge doesn’t suddenly make people more responsible or better shots... 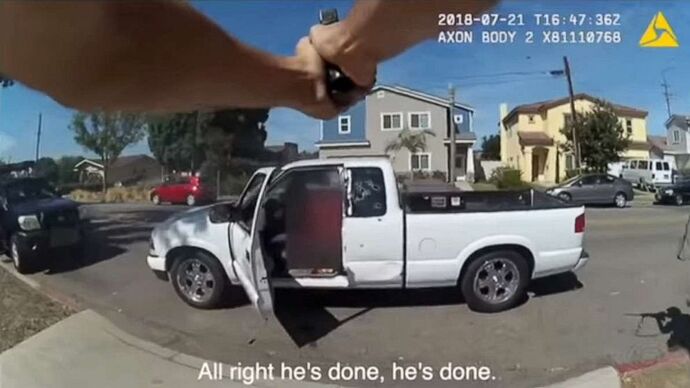 Police officers fired 76 shots at suspect while driving through residential...

Two California police officers fired more than 70 shots while chasing a suspect through a residential neighborhood last year, which resulted in the man's death, a review 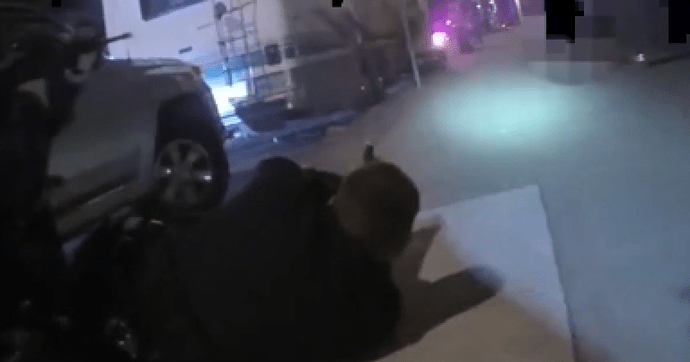 The suspect fired two shots -- bringing the total number of shots fired in the incident to 67, and nobody was hit 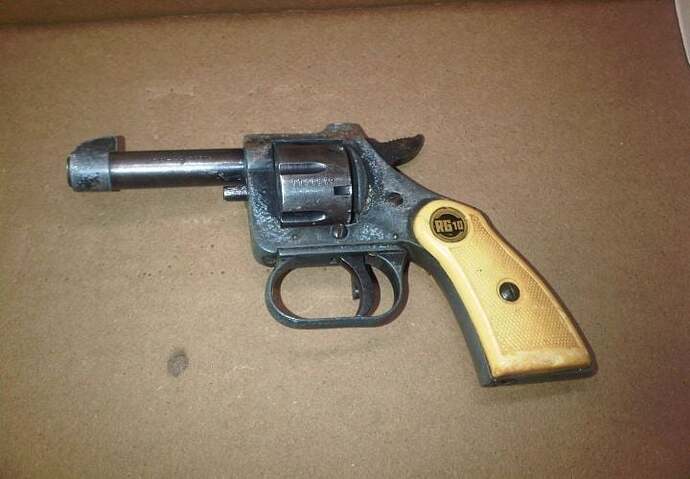 A man who allegedly killed his 13-year-old half-sister survived a fusillade of bullets from New York City police officers early Tuesday, after pointing his pistol at officers.

I’m very picky who I take statistics from… When I read of these studies I had no idea I would have to share them someday… so, I’ll research again and save them for sharing-- be patient.

The gist of this article seems to be that armed citizens shoot more bad guys than police, which makes sense since we’re closer to the crime. (When seconds count…)

The other point is that police shoot the wrong person more often than armed citizens. Again, this only makes sense, as police are more likely to be sent into a bad situation.

I don’t see anything in this article that proves average citizens are more accurate shooters than police officers. I’m sure that’s true in some cases and false in others, which is why I was curious how that was derived. I don’t see the numbers in this article.

I’ll research again and save them for sharing-- be patient.

No worries, I don’t keep stats lying around, either.

Maybe we need to rethink our security options. 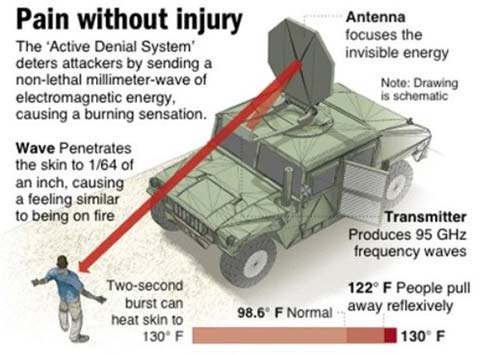 Waiting on a handheld! I understand they are Kalifornia compliant, no “large capacity magazine”, no pistol grip, assorted colors!