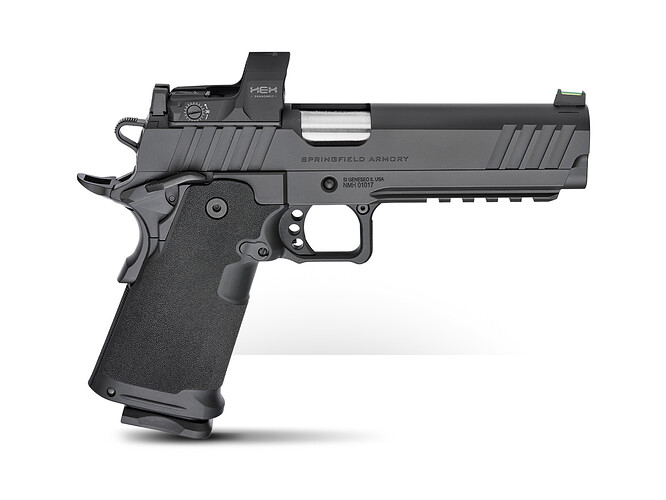 Supposedly the magazines are 2011 cross compatible

They say, SA Prodigy takes Staccato’s mags. Which is great. That is a signal to Texas manufacturer → you are not the only one 2011 mass production manufacturer anymore.
I’m hoping this will wake up Staccato sales department and their prices will drop.

As of now, I don’t see that Prodigy will compete with Staccato P… but if this one will be a good sell I hope SA will put more pressure on the better quality and perhaps come with carry model with shorter barrel?

Regarding 45ACP… I hope not. The whole idea of 2011 is to keep it within manageable caliber. For now 9 mm seems to be the best route.
STI made their 2011 in .40SW… but they eventually drooped that project.
Atlas still keeps .40SW, but this one can be considered as “custom” production…

Staccato mags are prepared to handle .38… but so far no handgun has been made in this caliber.

Could be worse, They could have called it the 2011 Prodigy

2011 won’t work reliably with 3" barrel.
I was thinking about handgun close to 4", like Staccato C or C2 with 3.9" barrel. That is perfect length for carry (in may case IWB) and the handgun will be still 100% reliable.

People call SA Prodigy a Staccato rival, and I hope it eventually will be, but so far I value more the quality over the price. And for these two guns everything differ at this moment. Price and quality.

I know my judgement about SA is very critical, but I really hope this model will compete with other 2011 products. This is the only way to make 2011s popular, commonly used what will bring their prices down.

This video sounds more like advertising than fair review, but it’s still worth watching.

Colion does review videos then first shots videos, I only watch the first shot videos. 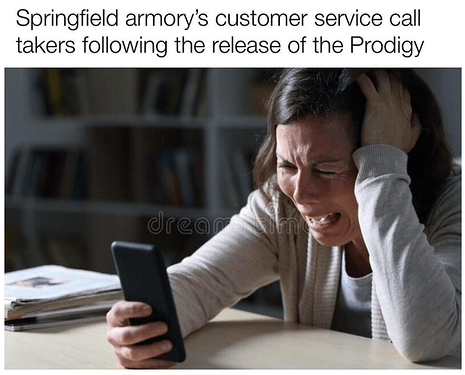 I had entered their “Open greatness” contest where they put vaults at gun shops all over the country and you signed in yesterday to get a code to open the vault.
That was my expression yesterday when my code didn’t work LoL

Someone did open it an hour later so good for them.

One thing that surprised me with this handgun.
Springfield was working hard to make its 2011 pistol. My guess is that SA really thought about every aspect of this new tool… or not.
Right handed shooter, left handed shooter, this pistol should fit both (of course with some limitations for lefties).
Unfortunately slide stop/release is so small that is almost non operable for left handed shooter.

That is definitely NO-GO for me.

Unfortunately slide stop/release is so small that is almost non operable for left handed shooter.

That is definitely NO-GO for me. 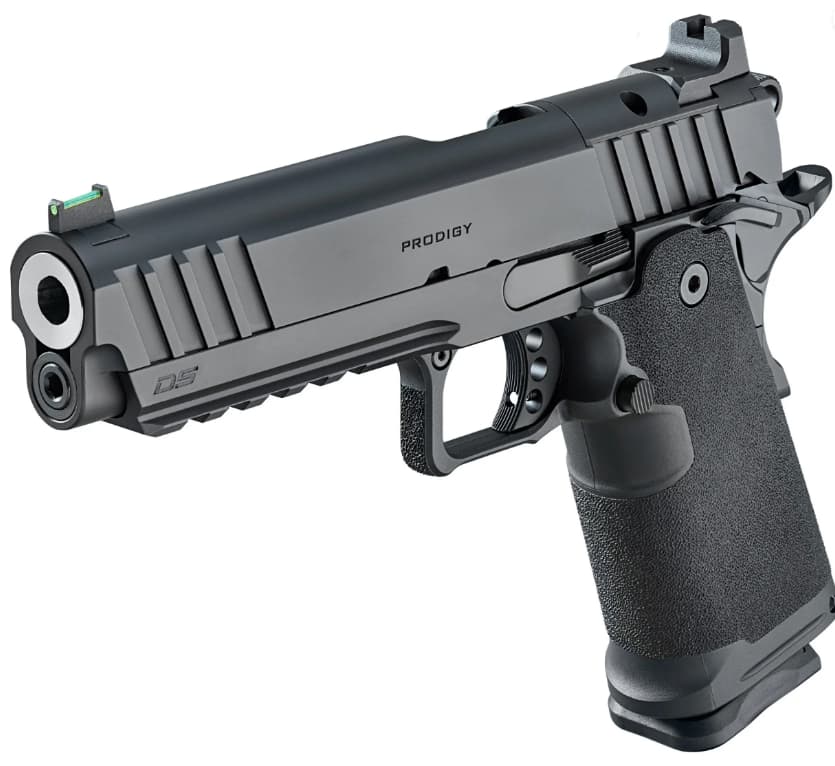 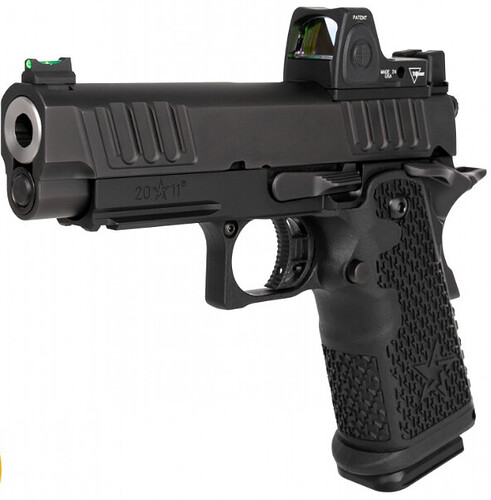 Picture doesn’t show it, but Prodigy’s slide stop lever has lower profile comparing to grip. It’s sitting almost hidden between frame and grip module.
It is perfectly fine if you are right handed shooter and use non dominant thumb. It is OK if you are right handed shooter and your dominant thumb is long enough.
But it is almost impossible to work on this lever as left handed shooter. I’ve got a problem to lock the slide trying to keep it open (for “show clear” command) and release it with my trigger finger.

I’ve heard that this is a feature made for better concealment… but this is just SA lover’s talk.
Mag release button and thumb safeties are really exposed and give a lot of extra profile, so at least slide stop could match them.

Anyway, this is only my review as a shooter, who doesn’t care who makes the handgun. But I’m very picky in terms of functionality that allows me to be a good shooter.

Looks like this pistol was a quick excitement and even quicker disappointment.

After 10 days I know we have just another pistol available on the market. It’s good for Customers, more options to choose from, but Prodigy is not going to be a competitor for currently available 2011 handguns.