Patrons in Gay Club Shooting Hit Gunman With His Own Weapon

Patrons in Gay Club Shooting Hit Gunman With His Own Weapon

As bullets tore through a gay nightclub in Colorado Springs, killing five people and wounding many more, one patron who had been partying moments before rushed into action, grabbing a handgun from the suspect, hitting him with it and pinning him down...

Another nightclub was hit by an active shooter.

Of note: the shooter was stopped with his own weapon.

Good on them! Regardless of positions, these were people who had to fight for their lives. When people get involved, like assaults are short cycled. By the time LE arrives, it’s more of a mop up and canvass kind of situation. EMS can do their thing. Notice, it was 11:57 p.m. when the first call was received. Supposedly (by some reports) at 12:02 LE was on the scene. According to this report they arrived at midnight. 3 minutes. ALERRT statistics are that the average response time is 3 minutes. While this incredibly fast, note that by the time LE arrived, 5 were killed, 25 injured. This means that though incredibly fast it is still a very long time. Also, note that when LE arrived the suspect had already been subdued. Often this goes under reported. It’s amazing what can happen when people get involved and fight back.

I wonder if society needs to change the way we react to active shooter events?
We’re taught to run away. Run, run, run. If you can’t run, then hide. If you can’t run or hide, and only then, do you attempt to fight back.

This might be an effective response to save an individual life, but I wonder if it’s the wrong strategy to preserve mass lives?

Think about the change after 11 September 2001. Before that, we were always taught that compliance was the appropriate response to hijackings. Since then, passengers are expected to rise up against hijackers. Because if they don’t risk their own lives resisting, they’re all going to die, anyway, and they might kill a thousand more in the process. But you know what the result has been? Far fewer airline hijackings. It’s simply not an effective strategy, anymore, because the hijackers will always lose.

What if we did the same thing with active shooter situations? Suppose every time some nut opened fire on a crowd, that entire crowd charged the shooter and beat the Scheiße out of him? Yes, a few people might get shot in the process, but perhaps far fewer than if the entire crowd was trying to get through a chokepoint at the exit.

I don’t know, perhaps this is an awful strategy. I’m just thinking out loud.

Well, I agree with the protocol. Avoid/Deny/Defend, or Run/Hide/Fight. These are euphemisms for PC. But I believe you should run … if you can. That you should deny the shooters access to you by hiding … while working your way to cover … and ultimately to escape … if you can! However, one may not be able to run … or hide and may have to go straight to defend! And if that’s what the situation calls for, then get it done!
Survive! But every individual or group, depending on proximity, will have to make that crucial decision. It’s not one that can be standardized or legislated, but it must be made in the crucible. But when the decision is made it must be implemented ferociously! Fiercely! Aggressively! Unapologetically! Because your very life depends on it.

I’m playing a little game theory with this one. In a mass shooting event, the way to ensure that the most people survive is if they all attack the shooter. Effectively, it’s the “zombie attack” response; the shooter will quickly be overwhelmed.

I could be wrong. An uncoordinated mass response could lead to more problems. But I think we’ve seen where an uncoordinated evacuation causes confusion, as well, and creates opportunities for more casualties.

I don’t know, just playing with the idea. It would be interesting to try it out in a controlled environment. I could run a test the next time we have mass shooter training, but the folks in that training don’t represent the average person in a crowd, so the results would be skewed.

The value of Red Flag laws.

A year and a half before he was arrested in the Colorado Springs gay nightclub shooting that left five people dead, Anderson Lee Aldrich allegedly threatened his mother with a homemade bomb, forcing neighbors in surrounding homes to evacuate while...

I know you’ve stated that you were thinking out loud. And it sure sounds like it would be a turkey shoot!

Stats from ASE’s have proven that not everyone is going to respond the same way. Not everyone is going to engage with rational thought. More often than not, the first response will be denial: “Is this for real?” “This can’t be happening.” “I can’t believe this is happening here, or to me!” Some people will spend a lot of time in this state, and it will eat up valuable time toward bringing about a solution for their safety, or life. And then they move to deliberation: “What should I do” “Where should I go.” “How do I get out of here.” The hope is that people will move quickly through denial on through deliberation to, decisive movement: “Move to concealment, or cover.” “Escape through that door and once safe call 911.” or as alast resort “Counterattack, aggressively and by any means necessary.”

A Clint Smithism is not to obsess over what you’re carrying. “What makes you think you will fight with the gun you brought?” (or failed to bring) Train to be able to fight with whatever firearm is available or that you pick in a fight.

Hitting an active shooter with his own gun is better than nothing, but shooting him with that gun would have been better.

More often than not, the first response will be denial: “Is this for real?”

I know from past experiences that this affects me. Maybe it’s not quite “denial,” but I get stuck in observation mode. Perhaps it’s from spending too many years training and observing folks in stressful situations, or perhaps it’s just the way I’m wired. But if I see a tornado coming, or a building falling down, or floodwaters rising, or a grenade rolling towards me (all real examples), I spend far too long observing what I know to be a bad situation before I decide to take action.

I can only assume this is what I would do if I found myself in an active shooter situation. “Hey, that guy is shooting people. This looks just like those videos we had to watch. I wonder what caliber he’s shooting? I’ll bet he’s going to turn after this. Does he have more magazines in his pocket, or is he just happy to see me? He’s going to shoot at me in a few seconds. I wonder if I should move?”

My hope, Mark, it that you wouldn’t be there to see it all go down and as you exit, you’d take a few (that want to come) with you.

You got me with that one, brother.

Yes, but at the same time if the person is unfamiliar with what he just grabbed off the shooter, the delay in them trying to figure out how to use the pistol would be worse than what they did, which was smack the guy in the head with a hard metal object.
Every situation is different, but it sounds like a couple the people knew enough to get the shooter subdued.

It is also possible they had never handled a firearm, which would be more dangerous yet.

I’m playing a little game theory with this one.

In my opinion that is exactly what we should be pushing for. More guns, in law abiding citizens hands. LEO’s being on the scene in 3 minutes is the exception, definitely not the norm. Yet, even with that remarkably quick arrival time. The perp was already subdued.

That’s what we, as a nation should be doing trying to get more good guys out there.

Popping a perp in the snot locker always works and works better if a piece of iron is involved. But, in my view, if one goes to the trouble to train with firearms to be prepared for a fight, one should have a working understanding of a variety of firearms as well as their EDC. A cocked-and-locked 1911 found on the ground may be salvation but it is just a hunk of metal if one lacks the knowledge/ability to disengage a safety,

A little more information on the El Paso County. 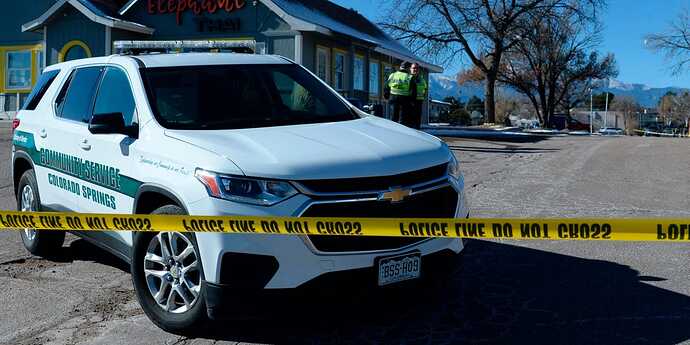 Sheriffs in the Colorado county where the Club Q shooting took place have...

Sheriffs in El Paso County, where the shooting occurred, previously said it would not enforce the state's red flag law.

Another failure of the courts and law enforcement. We are truly our own First Responders 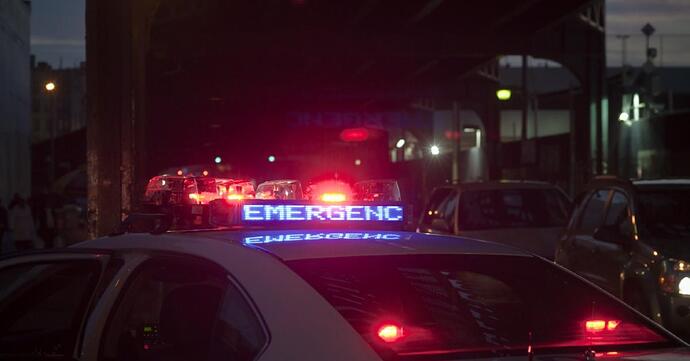 A South Carolina mother and her three children were gunned down after a protective order was denied. He ex-boyfriend is in custody in connection.

I 100% agree. In this case however the patrons of the club may not really have firearms experience, no would I expect them to. Just my humble opinion.

I agree with you about knowing how various types of firearms work and being able to use them if needed.

I only gave one thumbs up because i couldnt give a dozen.

The New York Times wants us to mourn the false sense of security.
Dear folks of Colorado Springs: buy a firearm. Learn to use it. Carry it with you.
There’s no virtue in being a victim.

Workers at one restaurant decided they would serve dinner in a kind of defiant love for their community, which has not always felt welcome in a conservative area that was once a center of anti-gay activism.

Just when you think it cannot get any more deviant.

As I stated above, the new protected class.