Parents of 6-Year-Old School Shooter should Be Arrested!?!

I challenge that position cybernetically to say, “just because a person was born on the backside of a Midian hill doesn’t mean they have to act like a backside.”

The decision is always ultimately the decision makers," even if you can prove undue influence.

I know the media, politicians and all 2A haters, jumped on the gun control soap box however, I would think the first thing to look at here is… where in da hell does a 6-year-old get the idea to take a gun from home, hide it in his backpack, bring it to school and during class pull out the gun, aim it at the teacher and pull the trigger? This has nothing to do with the gun, it has everything to do with what this kid has been exposed to in their short six years of existence. I would definitely look long n hard at the parents. How many of you had thoughts of murder when you were six. Maybe we should go back to letting kids be kids and stop exposing them to sex, politics, protests, violence, drugs, global warming … and maybe include some religion so children have an idea that there are things in the world more important than them.

we are showing the next generation (ie, kids) that violence is indeed how you get results.

And we have been ever since Ugg and Ogg met and fought over Ooola.

…ever since the Troglodyte witnessed the Bertha Butt Boogie.

if these 6-year-olds didn’t see the gun violence in movies with lots of shooting and killing they wouldn’t have even thought of shooting a teacher even if they got access to the gun… this is the root cause of all the violence in my humble opinion.

I still think the parents should be held responsible as well if they indeed didn’t secure the weapon properly.

Did mommy and daddy have drinks for lunch again?

Unfortunately, it will take a generation or two or three for this mindset to filter out. In the interim it is a result of what’s been coming for quite some time, but when it showed up it did so, seemingly, suddenly. But it’s been on track for many years. And here it is in our faces, and we don’t like it, because it’s embodied in the ones we love and are of “tender age or appearance.”

In many states, there are laws that do indeed hold the gun owner(s) liable for crimes committed if the firearm was not properly (this is defined in the laws) secured when not being used for lawful purposes. 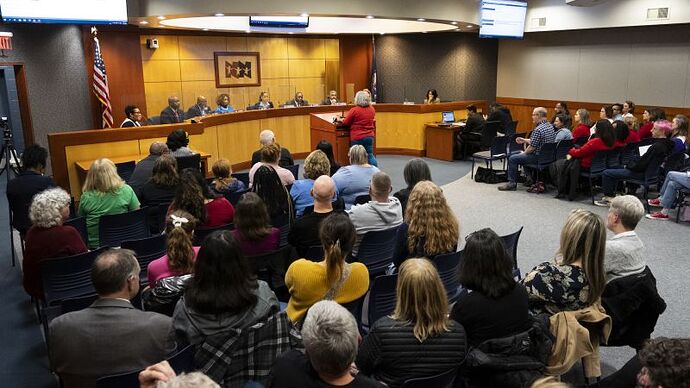 School administrators were warned 6-year-old had a gun before he allegedly...

Administrators at the Newport News, Virginia, elementary school where a teacher was allegedly shot by a 6-year-old earlier this month were warned the day of the shooting that the child had a gun, according to the teacher's lawyer.