A six year old this time…

Video unavailable disabled by owner! Can you spell CENSORSHIP.

So basically what happened is a six year old student brought a Taurus 9mm to school, pulled it out and squeezed a shot off at the teacher. Went through her hand and into the left chest. She’s stable, and he’s in custody. Can’t be charged as an adult and they said he’s too young for juvenile corrections…

She’s stable, and he’s in custody. Can’t be charged as an adult and they said he’s too young for juvenile corrections…

Only thing Virginia can do is remand him to State custody. He got the gun from his mother. I really don’t understand people who don’t keep their firearms properly stored.

Was the firearm owner “legally allowed” to possess it? I haven’t read that yet. Seems likely not or we would have likely heard that already.

Was the firearm owner “legally allowed” to possess it?

I haven’t seen that yet. If I had to guess? I would say yes, she probably did or I am sure someone from MSM would have dog piled her by now.

Was the firearm owner “legally allowed” to possess it? I haven’t read that yet. Seems likely not or we would have likely heard that already.

there I fixed it for them should Be Arrested!?!

She legally purchased the gun. The police are investigating now to figure if she had it stored properly.

The latest I have read. Said the State was considering charges relating to safe storage and child endangerment.

Honest Question, can a 6 year old rack a Taurus 9mm? I’ve never held one so I wouldn’t know.
Certainly sounds like the thing was racked and the safety was probably off.

This whole thing begs the question, how in the hell does a 6 year old get to the point that they think about, find, pack and shoot a gun? Someone/thing taught this kid that this was an option.

In the press release the officer said it was registered to his mother, but can’t say at the moment who was in possession of the firearm

The police are investigating now to figure if she had it stored properly.

The only purpose here for an investigation is to check the blockchain and verify assumptions. Clearly, if it was properly stored it would not have been accessed by the 6-year-old, nor anyone else without authorization. Still very heartbreaking to say the least.

On another note, this title is misleading, because it was reported that it was not a random act. When I read “Another School Shooting” I already knew this was just to garner attention, because it had already been reported, " 6-year-old in custody after shooting teacher in Virginia, police chief says"

Imo, the kid attempted to murder the teacher, and the parents are responsible for their children…if I was in the prosecutors office I’d try my hardest to stick an attempted murder charge to the parents. There’s no reason the kid should have had the firearm in the first place.

Yeah, when I visit loved ones who have children, I inform the parents if I’m carrying, and let them know exactly where it is. I’ll at times lock it in my vehicle or bring my portable lock box if the parents prefer. 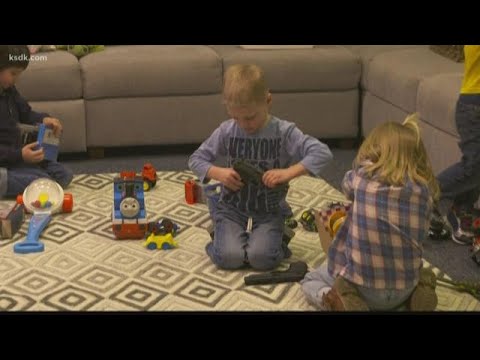 I’m the same way. I lock mine in the truck when visiting family with children…even if they are older. My gun, my responsibility.

I hate these bs “gun control” videos with children. They are made to produce the results shown and to create fear in parents. I never had any fear of my daughter with firearms due to her knowledge, as I did, from a very young age. It’s like stoves and kids or streets and kids. Would you allow your child access to a hot oven or a street filled with vehicles without knowing the danger or protecting them from it? Same with firearms.

Yeah, when I visit loved ones who have children, I inform the parents if I’m carrying, and let them know exactly where it is

If I am invited somewhere that childrem might be. My, very intentionally limited, group of our families friends. The adult friends know I carry, so they know there will be a firearm present. I will not lock it up in my car, I will keep positive control of it on my person. If they don’t want a firearm there. They can then invite my wife and/or daughter and I won’t be offended by them not inviting me.

My safety is more important to me, than their imaginary world where nothing bad will happen is.

Edit: changed your to bolded their for clarity.

imaginary world where nothing bad will happen is

“My” imaginary world where nothing bad will happen in ?

My friends imaginary world, where they would ask me to not be armed.

Not aimed at you.

Thanks brother. I think we are both “cut from the same cloth”. Your stories have been heartfelt. Stay safe.

I agree, be safe.