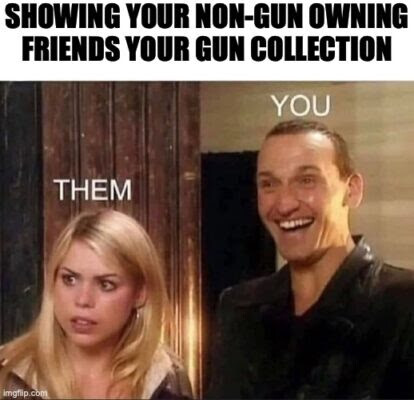 This is nothing that I practice, nor would I advise it. Don’t provoke situations that don’t presently exist. If they don’t know that means I concealed well, and loose lips still sink ships. It does not matter how many rights you and I have that allows us to say what we want; we also have that same right to shut the *** up! By in large, I think we are a little too frothy around the mouth anyhow. JMHO.

Rookie mistake I made.

It’s humorous! It would have fit well in the meme thread.

Christmas at my sister’s. My brother in-law gives me 2 boxes of premium defense ammo. I gave him the same. We were excited and immediately started talking guns. The reactions by my anti-gun relatives were priceless. The thing is, our gifts were by far the most appreciated. It kind of reminded me of getting a cool gift as a kid.

Pretty sure I don’t have any non gun owning friends…my family is armed to the teeth,

I feel better already. Thanks for that one.

During the height of the latest ammo shortage, got a relative a similar gift.

Had a similar experience at a family gathering when two of us were talking about safety, ranges, and models. We were then reminded how some within our circle have different values (and we were in their home). Out of respect to them, we changed our topic, was the right thing to do.

It’s kind of a tradition around here. I give all of my adult children a box of Gold Dots for their Self/Home defense tool, in their Christmas Stockings, every year. The problem is, I’m getting older and my memory isn’t what it used to be. So last year there was some trading going on, ".45? No. You? .380? Yea, trade me…
To the point of the thread - My sister in law is so ignorant of the laws she has to drop the “Is this legal?” line in the middle of the festivities.

It depends on the friends. However, friends don’t let friends go a lifetime without the chance to experience the joys of firearms.

Isn’t that an oxymoron statement?
I don’t have any non-gun owning friends.
Everyone I know including people that worked with me carried!
Snowflake friends of gun owners, I don’t see that!

I had a friend once that didn’t own guns. Now he’s a proud owner, building an AR, and whining about how expensive this lifestyle is

How better to help those that don’t own guns, than to befriend them and show them that we infact aren’t nuts (in relation to guns anyway) and educate them about guns? You never know, may just help someone realize that they want to join the ever-growing community of responsibly armed citizens

I’m not showing my ‘collection’ to anybody, even the ones that do own guns. Certainly not the ones who don’t (or I don’t know if they do)

If it wouldn’t cause problems, I’d be tempted to say “no” and then continue to talk with the family . .

I often marvel over that still. How is it that people with the biggest phobias against guns also have the biggest mouths in exercise of the first, but not the second.

Brief, and lighthearted video/audio discussion on spectrum of firearms values and understanding: 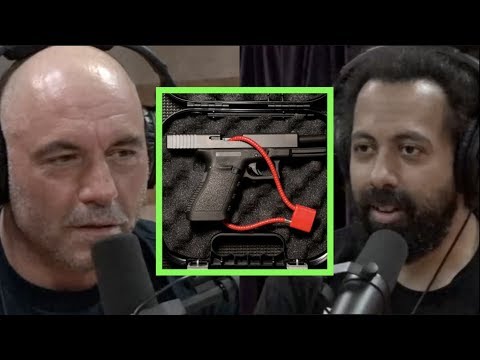