Wonder why shootings have skyrocketed in New York during a pandemic even though overall crime is down? Look no further than the way the politicians have turned the court system into a revolving doo…

This is what happens when politicians are trying to win a vote. That’s exactly what they’re doing. They’re getting all the criminals to vote for them and leaving all the regular citizens to be victims.

According to New York politicians sorry you can’t have a gun to protect yourself, oh and by the way we’re just going to let the violent criminals free so we can get a vote.

So how does this work. Good guy gets caught with a firearm & they let him go? Hahahaha ny is nuts.

Just feel sorry for any one how has to live there. NO LAWS, JUST LAWS THAT PROTECT THE ONES DOING THE CRIME.

The state needs a new cop in town

What’s the purpose of a revolving door when you’re pro murder, pro rape and pro crime, just get rid of the door!
I’m learning from the socialists, I’m anti prosecutions, anti safety and anti incarcerations, let’em all out, let’s just watch them burn!
They get EXACTLY what they deserve! Keep up the good work! If you can’t kiil’em with Coronavirus, kill’em with newly released prisoners! What could possibly go wrong? What award do you get for the most murders in a city, is it the Hitler award or the Charles Manson Trophy?
What’s the purpose of the article anyway! Someone trying to prove they are a journalist? Don’t care one bit about articles like this, it’s illuminating their sheer stupidity! If they cared, they would fix the real problem! Talk about killer politicians!

Almost tempted to flag the post, it doesn’t further the 2A or the self defense community! We know the garbage is on the streets, no one wants to clean it up!
Democrats are crime lovers, they applaud and pay for blood in the streets. They will NEVER let a crisis go to waste, it’s what they live for behind those private security gates, only when it comes to their neighborhood will they pay attention, until then who cares?

I would love to see more about the data in the article. Does this favor criminals or firearm owners who are getting charged with NY gun law violations?

(If I missed it in the article, please let me know. Just did a quick read-through.)

And while I understand your thoughts, @Scott52, this could be an interesting positive development in how NY gun laws are being prosecuted… (I know I might be wishful thinking.

just get rid of the door!

exactly, replace the door with social elevator, way up high!

Unreal: Former Violent Gangbanger Is About To Work For This Top Congressional...

There are some states that suck, ask yourself why.

This link shows very sad state of affairs, but I laughed at some of the nicknames 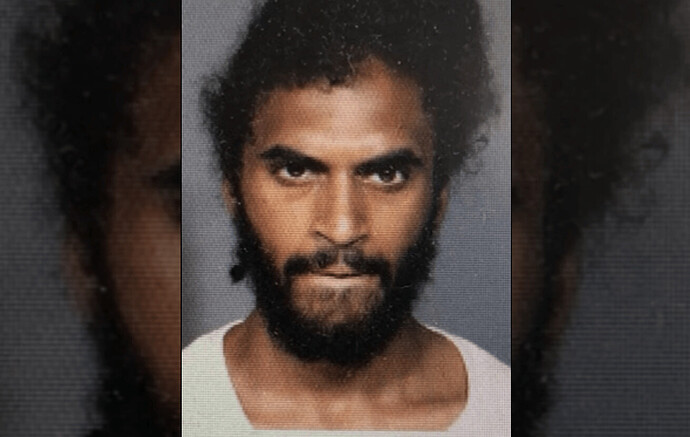 Criminal ‘Injustice’ Reform: Isaac Rodriguez has been arrested 57 times in 2021

NEW YORK -- Criminal justice reform in the United States means a lot of things to different people. To police officers

I was born and raised in NYC, lived there until my early 20’s. I lived through the utter cesspool of crime that ate away at The Big Apple in the 70’s & early 80’s. They have a big problem- way back when it was a money issue with budgets for the NYPD (which was finally fully funded as it should have been when women were getting raped on the subway, street gangs were taking over Manhattan and multiple empty buildings in The Bronx were getting torched every day. The powers that be finally got the hint that unless they cleaned up the city, the tourism trade would disappear (a huge revenue generator). The difference from then to today- the powers that be either don’t care, or have their hands tied by their handlers. It’s pathetic- I loved growing up there for multiple reasons but you could not pay me enough to step foot in that city now. No interest in ever spending a dime there now while this farce of an administration is calling the shots. Give it another couple of years- tourism will be gone, and once the money folks on Wall Street start moving away it will crumble quickly. Pathetic in my opinion- they have ruined what was once a phenomenal city.

I think criminals are released to raise the chances of something horrible happening so they can then use whatever this something might be as leverage to disarm citizens. They keep the door to enforce their crazy gun laws on people that won’t further their cause and might even prevent someone from being a hero. If a story like that gets out, a story that describes how a law abiding hero of a citizen used their firearm to stop a mass shooting, a story like that would do more damage to their ultimate purpose it might be unrecoverable. Maybe officers are releasing people or dropping charges because they don’t agree with crazy infringements. I don’t think that is the case though.