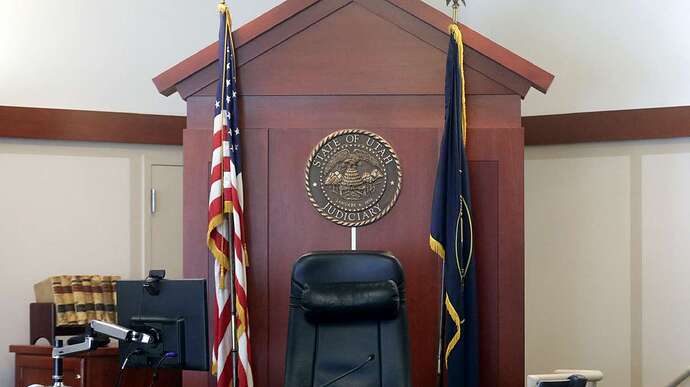 A 3rd District Court judge dismissed a first-degree murder case on Thursday after making a determination that a Millcreek teenager charged with murder was justified in firing a gun in an attempt to stop a fight outside a Salt Lake City club.

I’m not sure this is the right place to apply the new law but it does give one a little hope. The Prosecution HAS To PROVE it was NOT self defense before it goes to trial.

Under a state law that took effect in May 2021, a person charged with a crime of unlawful use of force can request a justification hearing in front of a judge up to 28 days before a case goes to trial. The law shifts the decision about whether someone acted in defense of themselves or someone else from a jury to a judge, who might have to rule based on limited pretrial evidence.

So, the presumption of innocence is restored?

Pay attention to local politics, like in my case, county superior court judges.

What purpose does the justification hearing serve? I’m confused. Maybe it could be a good thing if there would be no ability for claimants to file subsequent civil suits. And Does the Judge determine guilt or innocence at hearing, or does he/she determine whether the case goes to trial or not?

The way I understand it, I didn’t stay in a Holiday Inn Express, is that the in the hearing the defense can claim self defense at that point the prosecution has to argue that it absolutely was not self defense if they can’t convince the judge, the case is dropped. As a side note:

(2) The person using deadly force in defense of persons on real property under Subsection (1) is presumed for the purpose of both civil and criminal cases to have acted reasonably and had a reasonable fear of imminent peril of death or serious bodily injury if the trespass or attempted trespass is unlawful and is made or attempted by use of force, or in a violent and tumultuous manner, or for the purpose of committing a forcible felony.

In context, how would this apply? I would definitely need a lawyer to work this one out for me. Who’s real property, or does it matter? That’s a rather generic and general statement, don’t you think? I mean, it’s non-specific. And how would apply to a shooting outside a Night Club? Are there any other particulars? I can definitely see where there may be a disparity of force consideration 114 pounds is a huge difference when you consider foot pounds per punch, and perp acting like he had rabies, but the piece about the passing of the gun opens the door of suspicion. Could it have been that though the results seemed drastic after the shoulder bump, maybe it was intended, being as the person defended was carrying to begin with?