After the shot - The Prosecution 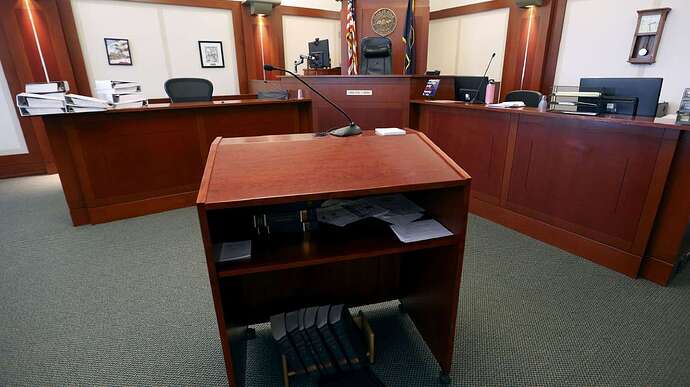 Judge considers whether shooting that paralyzed woman was justified per new...

Under a new Utah self-defense law, a judge is considering whether to dismiss a criminal case against a Taylorsville man accused of firing shots at a car, injuring two women inside, paralyzing one of them, in July 2020.

From the Prosecutor:
“I don’t think that just because you see people vandalizing a vehicle and you see someone with a gun that that means you can shoot,” she said."

I don’t know that I would have shot at the car, especially if it was moving away but the words of the prosecutor are frightening. Basically she is saying they have a gun, point a gun, but if you don’t shot at me first I can’t protect myself?

…you see someone with a gun…

point a gun, but if you don’t shot at me first I can’t protect myself?

I must have missed the part where she said you can’t defend yourself if someone points a gun at you.

“So’o told police he heard a loud boom and thought it was gunfire.”

Did he “Reasonably” think he was being shot at?

IMO the writer is prejudging that So’o is guilty when the hearing is still going on.

Legal arguments will continue in February with defense & prosecution submitting evidence and briefs to the judge.

The judge will render a verdict of justified or not based on the law.

Sounds good to me!