Looking for a gunsmith

I’ll do that when I get home. I forget to take pictures of things. I’m not worried about wear, or how the rifle looks just worried about it functioning.

What brand of ammunition is in your video?

Does the problem still occur with a different brand?

If you try the exact Same cartridge that stuck and you got out, does it stick a second time?

I asked about steel case ammunition because it has a lacquer coating to keep the steel from rusting. This can build up in the chamber.

I’d love to try my headspace gauges in your rifle, which a gunsmith could do in a matter of minutes. But I’ve never encountered an ar with out of spec headspace even with mix and match parts.

So it could be ammunition that’s ever so slightly out of spec.

Or there could be something on your bolt or barrel extension binding up the works.

He locks bolt open, inserts mag, racks the charging handle 5 times, worked flawlessly each time, reloaded it, I did the same thing, worked flawlessly so we thought maybe I was short stroking it or being too soft. So I go home, load 5 rounds of adrenaline .556. Repeat the process as I did when I was over there, tacked 2 rounds out locked on the 3rd.

I’ve never heard of this brand. Is it remanufactured ammunition? It sounds like you have narrowed down your problem to the ammunition.

Do all the cartridges in the box have the same head stamp? 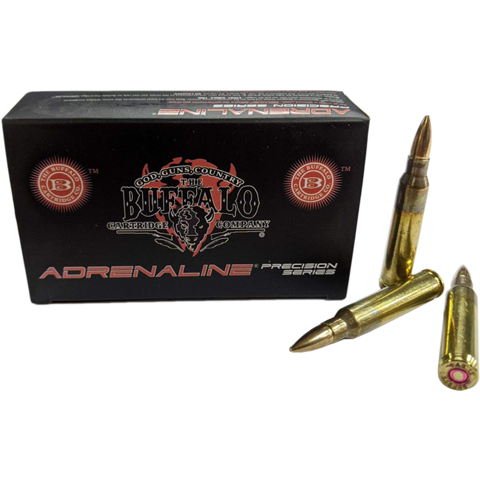 Please try some different ammunition and see if you still have the same problem. Hopefully you just got a bad batch. Or it’s just a little too tight in your rifle. 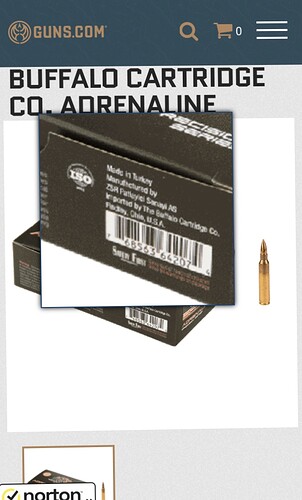 Okay, I’ll discard the current box I opened, cause I have 2 more boxes of the same brand. I ran one box through the gun as shown here and it worked fine firing. So I thought I was all good with that ammunition. I’ll probably load .223 in it tonight and try it because the .223 had no problems before the range. My local shopped only had .223. The range gave me .556.

Firearm manufacturers use a chamber reamer to cut the chamber in the barrel where the cartridge fits. There are minimum and maximum measurements. As a reamer is used it gets dull. Then it can be resharpened. BUT it’s now ever so slightly smaller. This process can be repeated until the reamer is too small to cut chambers that meet the specifications.

The rifle you bought might just have a chamber on the smaller end of the tolerances and the imported ammunition might be on the larger side or even out of spec. 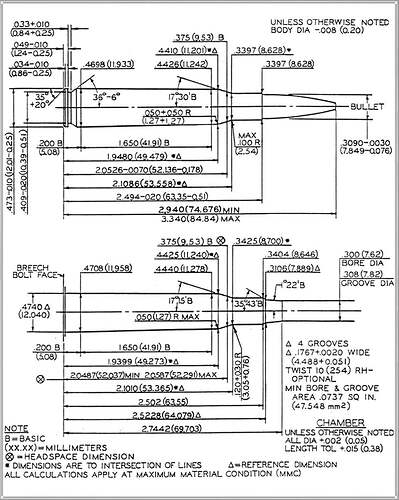 Unless, it was misprinted.

I would save them and see if they work in your rifle after you have fired several hundred more rounds.

Or, Do they give problems in a different rifle? If they do, then they probably are faulty and you may try to take it up with the place you purchased them.

current box I opened, cause I have 2 more boxes of the same brand

Also there are “lot numbers” on ammunition. Check the lot numbers. The unopened boxes might be the same lot and have the same issues.

People who shoot rimfire competitively will try to purchase as much ammunition as they can from a really good lot.

Can we see a real “sharp” picture of your charging handle on it’s side. 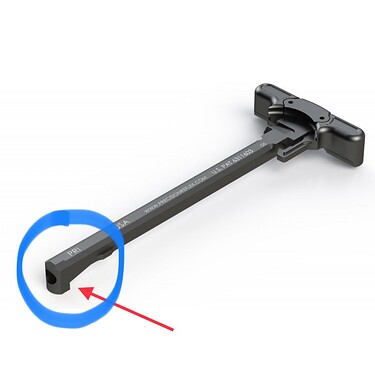 image800×800 36.7 KB
Can you tell me, is your charging handle as sharp where the arrow is located, if not, that’s your problem!
Some remanufactured handles are smooth or after extreme use are angled or wedged.

If the charging handle does not catch on the BCG it will ride up and lock into place.
Even from the looks of mine, over a couple of 100,000 rounds, it’s time for a new one! 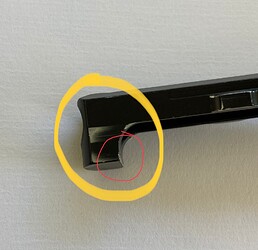 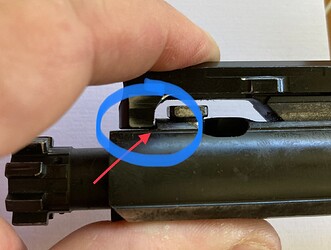 Will show when I get home.

Actually kinda conservative, after checking my logs, it’s roughly 1000 rounds a month over the course of 15 years. I spent three days a week on the range. When I say days, that’s 4 - 6 hours a day!
Some guys like sitting on the throne with the Wall Street Journal, I prefer a stationary target sniper data log book, otherwise known as my DOPE Log/Journal ( data on previous engagement ). 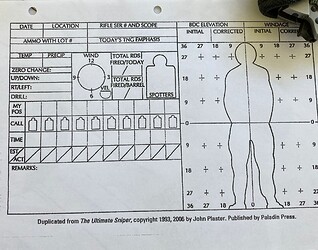 I’m pretty sure, most of us here, consider this a great weekend! 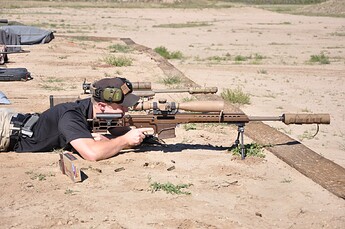 Thanks for reminding my wife!
She thought I was changing the oil in the cars!

Living the dream. Hope the OP gets the gun fixed.

Some people spend their money on Whoppers, Big Gulps and Air Jordans. Not me, bullets, Bonsais and bamboo! 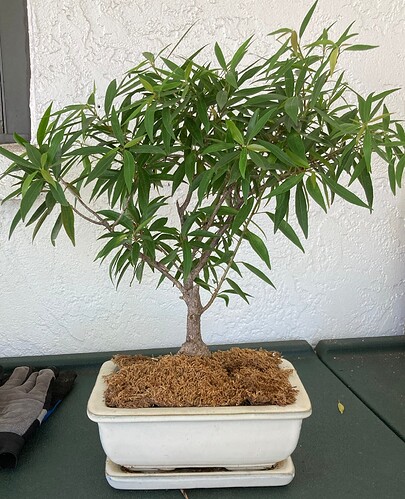