This past weekend I had a couple out for their private Concealed Carry & Home Defense course.
My (USCCA’s) course includes substantially more information than most other state License To Carry minimally required courses. With this said, I include range time for pre-qual training. We hit the range early and ran through some basic skills such as proper grip, kinesthetic alignment and followed up with some USCCA sighted fire drills.

The lady was doing very well. She was hitting, and very close to hitting her X each shot. The husband at only 9 feet from his target found it very challenging to keep his grouping any less than 18" or so!

His stance was right on, his trigger press was nice and slow…
What was his problem? There was NO WAY he was going to qual or even come close qualifying with the required increased distances of 21 feet and 45 feet.

It’s MY job to make sure he quals so I asked to inspect his firearm, a Ruger 380 LCP Sub Compact.
Bingo, this was the problem. The front and rear sights were virtually non existent! They barely protruded out the top of the firearm! The Ruger LCP380 is a SUB compact so it’s pretty tiny, his hand didn’t even come close to fitting the firearm.

The take away here, don’t be married to your firearm especially if it’s NOT the right firearm for the application you’re going to need it for. Does it fit your hand, can your reach the mag release button, can you get a proper grip and still be able to actually press the trigger, can you physically cycle the slide? 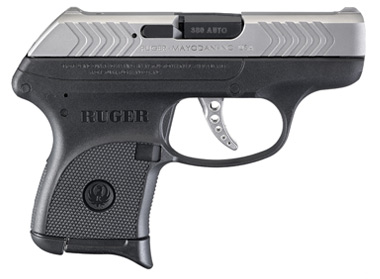 I find it hard to hit accurately with smaller pistols. The poor excuse for sights, the recoil, and the lack of grip surface make them no bueno for me as well.

I have the same pistol and I wouldn’t take it to a class to qualify with it. The sights are milled right into the slide, I wouldn’t even call them sights. That pistol was not made for accuracy it is a pocket pistol.

My Walther PPS M2 9mm is pretty small, but it has great sights and I can be deadly accurate with it at 3 yards. 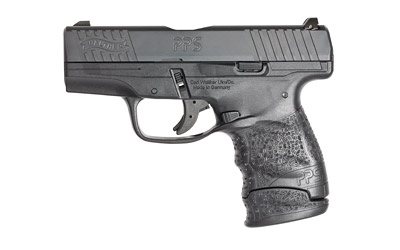 But I still prefer the larger PPQ 9mm when accuracy is imperative. Had zero problem easily putting ten shots into an 8" pie plate at seven yards with the PPQ during a qualifying class at my range a couple of weeks ago. A number of other people just couldn’t do it, and I suspect their sights were the issue - just as in this example.

A point I have taken to heart in my very short time shooting is the longer the barrel the less the recoil. Recoil is the killer for me. As a new shooter it makes you flinch. My first two times at a range I wasn’t sure if I’d go back it wasn’t fun. Tried a Glock 34 and red dot, haven’t looked back.

Still getting used to my saint 308 pistol though😉

My Beretta APX Compact/Centurion has a 3.7" barrel. However, with the design of the firearm, the recoil is surprisingly light. I shoot weak-hand, one-handed for reasons, and expected a very long re-learning curve to hit on target, but I didn’t encounter that. With the recoil being so light, I was able to get shots on target reliably within the first 600 rounds or so - much less than I had expected due to how I am forced to shoot.
If your favorite gun range has the option of renting weapons to try out, I highly recommend trying as many different makes and models as your budget allows. Not all guns are created equal.

I had something similar happen at the 1991 National Matches. Being military and on a DOD team you get VOLUNTOLD to participate in a range day for all the Jr. Teams from all over the country that show up. It gives them the opportunity to shoot the “big guns” and interact with military. It has a name but I forget it now. I’m on my 5th of 6th kid and most were wearing out the X and 10 ring (it was 100 yards and the X ring is like 2.5" but iron sights). Then I get this young lass, we go over the operation of the rifle (M14) and all the usual stuff. I get on the scope and BANG! Nothing happens. I call for a mark, target goes down, stays down, comes back up with NO mark. About the third round the target goes down with a high hit not in the scoring rings. About round 6 I catch the eye of one of the SEAL’s and ask him to watch for vapor trail. “Dude she’s like 10’ OVER the target.” The kid is almost in tears by now. I had been asking all along “Where was your front sight?” “Just under the black dot.” I finally get down on the ground next to her (she is supposed to be a shooter, right?) and realize her chin is ON TOP of the stock and she is looking OVER the peep sight. Once we got the peep site thing figured out she proceeded to put 10 rounds in the X ring. Turns out she was a state champion air pistol shooter and had never fired a rifle, the only thing she knew was pistol sights and since on NM rifles there is a “notch” on the rear sight hood that is what she was trying to line up. Humbling and enlightening experience for both of us. I got a hug

On my smaller, thinner pistols, e.g. the CM9, I have to concentrate more on pinching the top of the backstrap/frame between my thumb knuckle and pointer finger knuckle (although by now there’s muscle memory when I hold that firearm). This might not work for everyone. Adding in proper trigger finger placement so that the break doesn’t jerk the pistol (especially with long trigger pulls), and it can take time to develop a good technique that will produce accurate and precise shots. I find that three finger grips allow for more lax “pinching” but still benefit from that technique.

This just might be something that works only for me, but I thought I’d mention it. I’ve never fired the Ruger LCP 380.

Fizbin–great point.
Of note, the difference in sight picture between a Kimber Micro 9 and a Sig 938. Essentially the same gun, until you get to the sights (Sig sights are far superior).
We also have .22’s ready for people to shoot with during range time in the class. When they bring their own and aren’t doing well, we encourage them to switch over.

Yep,
I started bringing the Ruger LCR22 revolver to class for folks to borrow as well as that Browning 1911/22.
I just find it mind boggling some of the “junk, (insert other word)” that is produced.

The best person to ask, which gun to buy, has got to be an instructor as we see 100’s of people with all sorts of different firearms and combinations. So we see what works and what doesn’t, in real life. The next best thing is a firearms expert that is not biased and looks at application the tool will be used for. Lastly, a firearms salesman.

I’m over 70, and (with arthritis showing up in my hands), recoil is now a much larger factor in my pistol selection than it was for the past half-century(!).

After my stint in the Army (1968-72), I owned a 1911 for a very long time. But almost 4 years ago I replaced it with a 4" XD9 Mod2 (which is easy to carry, and it has excellent sights). When loaded with 16 quality hollow-points, my XD allows me to achieve the necessary accuracy and attack-stopping capability without punishing recoil.

Without a Crimson Trace laser, the LCP is a arm’s length gun to be carried when your EDC cannot be carried under the circumstances.

I wonder what pistol the lady was using?

LCP II has far better sights and a much better trigger.

In a self defense encounter does anyone really aim? Isn’t a better skill to teach someone to shoot with both eyes open and no aiming. On the LCPs perhaps a red dot would be the only thing you need.

She was using an old Rugar Mark I .22

I had the same pistol, fired it less than 25 times and traded it in on a Glock 43x

Welcome to the family brother and you are in the right place at the right time.

No wonder she did so well, maybe you should had given the pistol to him.

Welcome to the family @Brad25 and you are blessed to be here.