I Am A Shooter

Just think about. In this forum, when the term magazine is used everyone knows exactly what you mean. But it has different meaning outside the world of firearms. Words used in the English language can be very ambiguous and have different meanings based upon the context.

As for the use of the term active shooter, it is a quite accurate and a concise way to broadcast information to a group of people when it is put in to context. For a teacher calling 911 or a dispatcher to say we have an active shooter at XYZ school … quickly conveys the message.

The term Active Aggressor is also becoming more common as a way to identify similar situations where firearms are not being used. Most commonly it is referring to knife attacks but has been used for other types of active violence.

Hey Man yep thats a good write. My HH6 and I did a reversal many years ago. We went conventional in the way we raised our kids. I continued to work while my HH6 stayed home went to PTA meetings and sometimes sports event without me due to my working 2 jobs to make up the slack in $. Here is what I am seeing today after all the raising is done and we have grand kids.
This is what we see in comparison to other families within our family.
All our kids except for one that went live with her dad from my 6s prior marriage. They have gone on to be successful, Own homes,and pay their bills daily and now raising their own kids in the pattern they were. The other child that her dad pretty much threw money at her just to get her out of his hair so he could do his thing. The comparison is she makes excuses and always playing the blame game, While the other 3 kids solve problems. The reason the 4 th child went to live with her dad was she did not want to follow our rules.

This was sort of a unofficial study I guess. Tried not to make this sound like a rant because it isn’t. It’s really statement that I am so proud of the other kids. And we are making efforts to change the 4th childs attitude.

IMO: at the end of the day our words are only opinions, it’s the controlled media that adds insult to injury. Some of these ( mass ) shooting cold have been avoided but they weren’t because:

I rest my case.

I haven’t been to the range in about a year, so I guess that means I am not an “active shooter”.
But since I recently paid my annual dues that weren’t due until next month, I am an active member of the gun club.

It is a law enforcement term not media. It lets us (retired) know there is someone with a weapon presently in the act of shooting.

I recall the term for shots being fired was shots fired. That seems to provide quick easy words that convey the circumstance well. I believe all of us here understand that it is not the firearm that is engaged in the criminal, but the one using it. I believe using the term active shooter incites more fear in the ignorant - it sounds scarier than shots fired.

Shots fired and active shooter are two different things, though.

They aren’t the same and don’t necessarily call for the same response. Example: An officer is lunged at by a suspect with a knife. The officer one taps the suspect in the head and he goes down. There are no other known suspects. This is a “shots fired”. It is not an active shooter.

And frequently an “active shooter” is no longer by the time the call comes in or the police arrive. This recent shooting at the school was one of those rare events. I understand that the term has a place in policing to enable the police to understand the nature of the event. However, it is also touted by the media as a scare tactic.

Dave17 - The officer was an active shooter, albeit VERY briefly. It was self defense.

We in the firearms and self defense community should be keenly aware of how critically important definitions are, and should strive to use the correct ones

What definition am I using that differs from what an “active shooter” is? The police definition was pointed out to mean something other than a person active in the sport of shooting. As I also noted, it is used as a scare tactic by the media. I am not using any definition of my own, only basing my comments on others’ input, and the fear the media instills in the ignorant.

We in the firearms and self defense community should be keenly aware of how critically important definitions are, and should strive to use the correct ones

And that is the source of my heartburn with people using the term weapons in place of firearms. 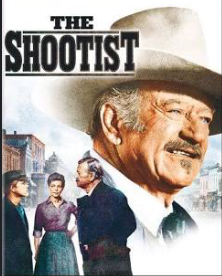 I’ve posted about this before also. Always firearms, what it does, not what it might be used for.