I Am A Shooter

I am sick and tired of seeing every mass murderer referred to as an ‘active shooter’.

I own pistols, revolvers, rifles and shotguns. I put nice, round holes in neat little groups on

paper. I ring steel targets. I have never fired a shot in anger at anyone who wasn’t attempting to

kill me. I am a shooter, a term that the lamestream, drive-by media conflates with ‘mass

I engage in the sport and art of shooting for relaxation, for training, to hone my skills in the

against those mass murderers the media glorifies.

by persistent training, with constant practice, I have the confidence to utilize a media-maligned

tool safely and effectively, should the necessity arise.

I am tired, I am disgusted, I am resentful of an entire media industry staffed by those to ignorant

important, self-styled ‘elites’ who encourage that ignorance, who feed that bias.

I am not the mass murderer the media condemns with the misuse of the word ‘shooter’, I am a

responsibly armed, trained, disciplined American. I am a shooter.

Welcome to the group.

I gave up television sometime back in 2008 and I’m glad I did. I’m sorry about your frustration with the media. I just got sick of the “programming” and it’s a lot easier for me to spot now. It’s been going on for way too long.

‘The media’ is more than just the idiot box, Barry - it’s 'news’papers, radio, magazines…anything that conveys ‘information’ - regardless of accuracy - to a public too brainwashed and apathetic to question it.

You may be a shooter but your not an “active” shooter until they tell you you are! That’s what media is all about and radical liberalism is all about.
Let’s consider our average age here as, say 60, without empirical evidence.

At the age of 18 there were plenty of things to be pissed about, girlfriend left, job interview went south ( for the newspaper route ), you couldn’t buy that shiny new car, you couldn’t drink, carburetor was clogged, rent was due, boss was and still is a ####, whatever! We had our share.

There were no mass shootings, I lived in Brooklyn, dad had a locked cabinet full of rifles and handguns never once did I consider using said firearms unless we went to the range.

It’s almost pointless, back then there were some sick folks and we called them serial killers, they worked alone and were smart enough to keep off the radar, some, for many years.

Today they are too stupidly filled with rage and have no clue how to cope, solve complex problems and let it out, so they spray and pray.
My point is, the internet broke the world by bringing it closer and ( even though I’m a player ) video games didn’t help.
The biggest culprit is the propagandist media. How socialism benefits the media, I have no idea, except the first to go down, will be the media!

I’m in no way blaming women, ( because in some ways it was men that lead them into the work force ) but the moment they left the home to work and left the kids on their own, we’ll idle hands, and no one to discipline or lead the way, that’s how this started.

Role models, let’s not go there! Sneakers, and people who played games and took, not earned, too much money! How much skill does it take to put the ball in the basket or run with it as fast as you can or touch three bases. The people that EARN it are wearing protective gear and a badge or a hose or believe it or not, a military uniform. Never once did Nike ever ask if they could put their logo above my navy stripes.
People that run towards the bullets and the fire are to be “defunded”???

My mom was happy at home, my dad worked for Grumman, til he didn’t then he became a special needs school teacher. It has nothing to do with access to guns. Maybe I can safely say, that most of us had plenty of access to guns but never the thought to shoot up a school. A cherry bomb in the toilet was as radical as we got, oh yeah! We drove fast but never drunk!

I don’t have any of the answers but I think discipline needs to be back in the home. I’ve never seen a more undisciplined world of kids. ( I know, “kids these days” ) They’re not kids anymore, they lack respect for everything and everyone, they need to be reigned in, quickly. As well as this administration.

Not much I think we can do. 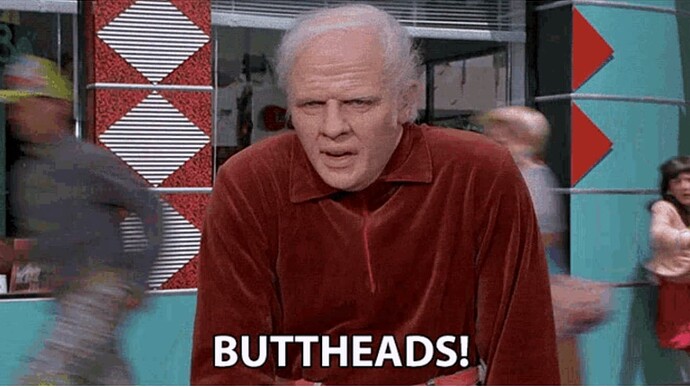 We have a word for it, Blacky - ‘murderer’. Add any modifier you like: ‘Deranged’, ‘mass’, ‘scum of the Earth’ - the possibilities are endless.

Where in Brooklyn, and when?

According to the FBI, an “active shooter” is an individual actively engaged in killing or attempting to kill people in a populated area.

A shooter is an active shooter until he stops shooting, by choice or neutralization and a mass murderer. Jeffrey Dahmer, on the other hand was a mass murderer without shooting.

Born in Brownsville, lived in East New York/Canarsie until USMC 66-70…

A mass murderer is a mass murderer no matter the method…and ‘The FBI says’ has reached equality with ‘according to Mickey Mouse’. Almost everyone on this board is a ‘shooter’, with varying degrees of ‘activity’, but I doubt there are many mass murderers here.

When in doubt, I’ve always considered a dictionary just a tad bit more accurate than a government agency… 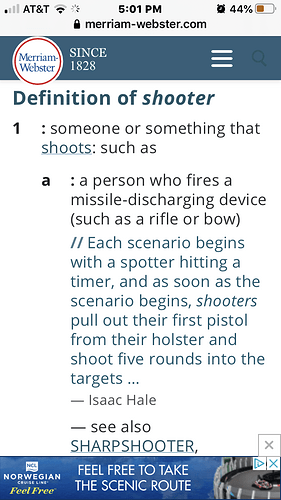 I hear you but, the FBI’s definition sounds extremely reasonable. Obviously, everyone actively shooting is an active shooter. From a law enforcement perspective, the use of the term “active shooter” represents “an individual actively engaged in killing or attempting to kill people in a populated area.”
There are many terms used in ordinary language that have a more specific meaning within a subgroup of society.

As a really quick and reliable way to communicate what is happening, to help direct the appropriate response, the term is quite functional.

You probably wouldn’t roll the same response for a person with a can of gas and a lighter trying to start the building on fire as you would an active shooter aiming through the window.

It’s easy to say “A mass murderer is a mass murder” using 20/20 hindsight. At the time, when first seen or reported, that active shooter may or may not turn out to be a mass murderer, plenty of ‘shooters’ do not end up as mass murderers. 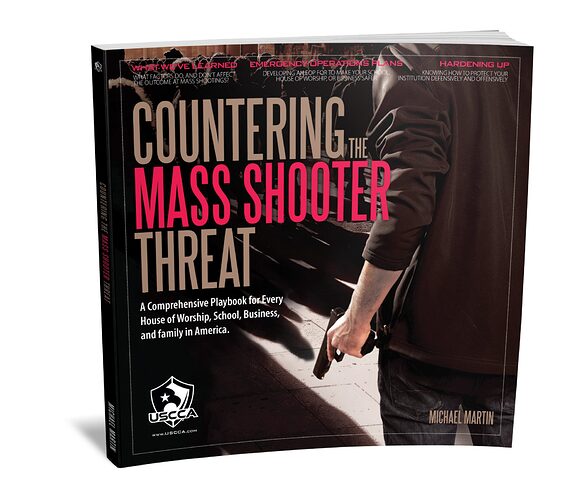 Michael Martin analyzes data gathered from 48 mass shootings that have occurred since Columbine.

The biggest problem is the propaganda that our so called media spews at the public. In reality the media is nothing more than a mouth piece for the highest bidder at the time they are not for the people or to present facts and let people make their own mind up they are the evil that should be silent

There are many terms used in ordinary language that have a more specific meaning within a subgroup of society.

Which is part of the problem, when the FBI uses the term, it distorts the meaning of the general term. Politicians and others, use terms that the general public understand to mean one thing, but use them to mean something else, one example, Planned Parenthood, instead of Abortion Clinic. The uninformed, willfully ignorant and others do not seek to understand the difference and use those same terms and meanings to impugn others. This is one of the reasons we need to stand-up and be heard, speak the truth and provide information. This is also why they try so hard to silence us, knowing the truth destroys their arguments.

You mean kinda like a word that used to mean ‘lighthearted and carefree’ has now become the preferred synonym for ‘pervert’?