You’re attacked by man wielding an ax. You kill him in self defense. His body and weapon are lying in his yard. His adult sons are approaching. What rights do you have to preserve this crime scene until police arrive for investigation?
Edit…
You’re walking down a city sidewalk in front of a house with a small yard. You hear something. You turn to see the ax man 20 feet from you closing in fast saying your a dead man. Oh and to prevent any further confusion. The shooter was totally within his rights to shoot the ax man. I’m only interested in how far a person in this situation can go to preserve the evidence that will preserve their freedom . What is life without freedom?

Preventing the destruction of a crime scene is not a deadly threat. NOW, you just killed/shot Dad you may have to defend yourself from the sons. Different altercation different situation, each one is individual.

Thank you.
Freedom is at stake. How am I to defend my story of self defense if the evidence is removed and false witness is given by his sons?

That’s a good hypothetical question… Because of complications that can appear, the first choice should be AVOIDANCE… the moment you have seen the AXE… just run away…
After the shots has been fired…

… I have no idea… probably run away from the son and call 911.
Phone pictures? Witnesses? Anything or anybody who can confirm your version.

His body and weapon are lying in his yard.

So you were on his yard when he attacked. And now his sons are after you. Need more context, but with you being on his property, rather than the other way around, things will get interesting.

Agree with Kevin. In HIS yard vs in YOUR yard are two different stories with two different outcomes, regardless of the son’s actions. Also agree, take pictures!

You called 911 right? What phone do you have which does NOT have a camera. Start taking pictures!

@Kurt19 at this point you have to escape and evade, call 911 as soon as your in safe distance from the 2 adult sons. You cannot worry about preserving the crime scene at this point. Explain to the 911 operator on the phone what occurred and you were forced to defend yourself and to send responding units to your location and an ambulance to the location of the incident. Call USCCA and have them send legal assistance to your location. The story you give to the Investigators you give them while your defense attorney is present.

Whatever the reason you went to his property, you should’ve called the Police instead. I would suspect that to a liberal jury YOU will be seen as the escalator making defense a tough out.

Take pictures, take videos, scream for witnesses, call 911 immediately. Then pray. Because you are going to look like the initial aggressor if it happened on his property. Pray someone has an outdoors surveillance system.

@Kurt19.
Welcome to the community. 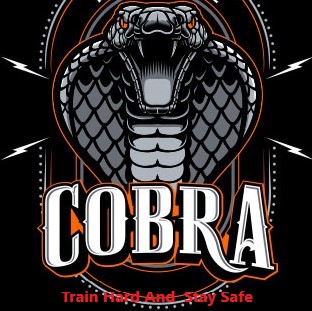 Call 911, provide your name, the location and tell them you were attacked and feared for your life and had to defend yourself. Tell them to dispatch LE and Medical.

Call USCCA’s emergency hotline and get your attorney up to speed.

Mentally prepare yourself to be arrested and taken to jail. Don’t panic about that.
When LE arrives tell them “I want to cooperate 100% but I will need to speak with my attorney first”
Keep repeating this if they continue to ask you questions.
Don’t tell any part of the story, continue to ask for your attorney.

What evidence could the sons tamper with that would make your self-defense case moot? Detectives are actually pretty good at figuring out someone tampered with a crime scene.

What rights do you have to preserve this crime scene until police arrive for investigation?

Turn the camera app on in your phone and start documenting the crime scene.

@Justin47 It maybe tough to do that with his adult sons coming towards you.

What strikes me funny is how everyone is still thinking the cops and cavalry are gong to arrive. The movie is over, real life began when the politicians stripped police of their duties.
As far as phones are concerned, so far every good guy we’ve seen recently had cameras either directed at them or at the scene and each and every incident is being indicted. If we’re going to be indicted for something we didn’t do or did right, WELL … some of you can only surmise what Mr Radical here would say.
What’s even more laughable is that on my previous post “Call or not to call”, it was mostly the police that said I should have been more involved and more immediate in my actions. Freddy Krueger with an axe and Michael and Jason chasing you, I recommend hiding behind the chainsaws in the barn! It’s 2020, you’re in a no win situation the true life “Kobayashi Maru”! It’s time to cheat!

So? Kill them all and walk away?

Your words not mine!

I think we can tell we are getting closer to Election Day!

I don’t care if there walking towards me or not. I’m going to do what I have to do to preserve the evidence to make sure everybody knows that I was not in the wrong.