You should be calling 911. As far as preserving the scene, I would hope the son is trying to administer 1st aid, and the you are asking 911 to send an ambulance. Beyond that, as others have said, pictures and video are your friend. A smart phone will talk and take pictures and talk at the same time.

Kurt, There are so many things wrong with your hypothetical that really it just needs to be laughed at. Why are you on HIS property, why can’t you just leave, why didn’t you see the axe ahead of time to safely flee, did you draw your weapon on him on his property and he came at you, are you the aggressor here? Honestly…based on what little you provided…If I were arriving police, I’d certainly arrest you because you certainly look guilty from a cursory glance.

I don’t care if there walking towards me or not. I’m going to do what I have to do to preserve the evidence to make sure everybody knows that I was not in the wrong. 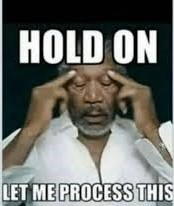 Your words not mine!

My words were clear from very beginning:

There is no politics, no movie reference… simple hypothetical question which should have simple answer given by any responsible gun owner…

@Jerzy
As a responsible armed civilian, the first line in the hypothetical is clear, there are no ambiguities. As long as I am NOT the aggressor and have a legal right to be where I am… Let’s remove the hypothetical from the conversation.
I am being attacked by a man wielding an ax… where and why do I run?
I’ve been in this situation before, it involved a shotgun wielding gang banger when I was 13 just sitting in a park, when everyone started running I ran and ran and ran, gangster never gave up pursuing when he finally caught up to me I was interrogated while EATING a double barrel shotgun shoved in my mouth, luckily all he did was physically break my balls and then knocked me clean out.
Forgive me if my approach to an armed creature leaves me to self preservation at any and all costs, until that lawyer stands in the shoes of a victim with the taste of death in his mouth, he can’t say squat!
I’ll sum this up, with all the law that’s needed, HESITATION KILLS!
Dead victims don’t need retainers for lawyers! I’ve obeyed the law all my life for the exception of a couple of speeding tickets. But when I see people exercising their God given rights dying and going to jail and being indicted, obviously the rules have changed! Don’t get me wrong I will still follow the law, and the law says if I’m about to die, I have the option of living!

I laughed seeing this and understand. It’s hard imagining someone having thoughts like these at a moment like that. Some of us can. I’m genuinely curious about a situation like this. Seeing others opinions about it may help us resolve it much quicker in that moment, than waiting until that moment to think about it.

Because there was too many unknown factors, it was hard to find the proper action.

You’re attacked by man wielding an ax. You kill him in self defense. His body and weapon are lying in his yard.

His body and weapon are lying in his yard.

Hmmm. Where I was? On the sidewalk? Perhaps on his yard…

He had AXE… not firearm, so conflict AVOIDANCE was the first (and would be in such case) my first choice.
Was the threat imminent? How far he was?

When there was no firearm in his hand, the simple self-defense solution as take a shot, sometimes may not look justifiable …

I’ve been taught these simple steps to avoid jail:

and I would use them in this case.

Absolutely, “what if games” are only solvable when you’re sitting in a sofa. When we are face to face with the situation “if” is removed from the equation. In real life, equal force to equal threat!

As far as evidence, that’s what forensics is for. Let them figure it out.

He did not train side walk to avoid the confrontation. That’s why we have to practice more !

This can be “neverending” discussion.
We see this differently and perhaps both sides are correct… I don’t know. I’m just saying that we suppose to be responsible gun owners…not responsible killers…

You’re right, we can “what if” this all year long and never come out with the same answer, but it does keep us on our toes. The only way to answer such a question is to ask the guy that was there. Witnesses are completely unreliable as are cameras in many circumstances because they don’t have a 360^ view.
So in conclusion, run “if” you can, photograph “if” you can, dial 911 “if” you can, survive “if” you can. If your life is at stake I don’t think preserving evidence is a top priority! Probably should have been first answer!

Thanks for the thumbs up, I sincerely hope we’re back on the same page?

I sound very radical here sometimes, OK most of the time (frustrated with the politics, they are out of my control) but I can assure you that in times of real and true crisis I am in total control, alert, cool, decisive and quick in matters of life and death. Been there done that.

I always respect other’s opinions. There’s no way everybody will follow the same direction and agree with everything.
We all here to share , learn and find the best way to survive encounter and avoid prison time.

What I’ve noticed we have two different ways to see this scenario (each of us had either hypothetical or life experience) which get us to different solutions.

We are definitely on the same page (and for sure on the same side of the axe) .
You have given me

to you - that means we both know other’s point of view and somehow understand it, even looking at whole scenario differently.

Something to consider that was not actually presented… how far away was the axe murderer. Good point.

Yeah. This aspect is one of the most important when NO firearm, but other deadly weapon is presented.
There is no doubt that this would be easy scenario with firearm, not the axe.
Axe doesn’t travel fast enough that we cannot avoid confrontation. But still… there is too many unknown variables…

Hello All
From Cornell Law;
A deadly weapon is usually an object, instrument, substance, or device which is intended to be used in a way that is likely to cause death, or with which death can be easily and readily produced. A deadly weapon need not be a weapon in the traditional sense. For example, in Acers v. United States the Supreme Court acknowledged that a large rock could be considered a deadly weapon when used by a defendant to strike the victim in the head, fracturing his skull.

All these are good examples… but still we have to think about that particular case.
Fe. kitchen knife is considered as deadly weapon. But the difference is WHO IS handling this knife. Big guy or 80 years old Grandma? Not only that. If big guy… how far he was? Did you have a option to avoid the conflict. Emotions have nothing to any criminal cases. As a firearm owners we do not have right to shoot because we carry. We have to be sure there is no other option.

OK. Maybe I’m overthinking… but I’m trying to explain (and you have seen my other post) that shooting is the LAST RESORT. There shouldn’t be any single chance to use other option - otherwise there will be ALWAYS somebody who brings doubts to the case.
And I don’t like doubts… I want to be either cleared from any allegation or know I did something illegal. And another BUT: I don’t like be doing anything illegal