Right now, just a 9mm handgun with high grain hollow points. I’m concerned about over penatration in my current environment, so… Although I suppose a 12 gauge or a .22 lr couldn’t hurt with the right ammo. No way in hell I’d use a “real” rifle until I’m out in the rural suburbs as is my eventual goal.

Duh. The clip-carry-thingy holds 20 BULLETS, which can each hold up to 3 magazines, depending on the brand. get it right or don’t post!

Names of the components that hold our ammunition.

This is probably a good trap for me to get into trouble some, but
I only wish to make something that is easy, much easier.

The amazing and a great way to reload a rife in WWIi, was the famous M1 Rifle, which everyone has already seen or read about. I believe the reloading of cartridges was A CLIP. NOT A
Magazine. The famous CHING or high pinch empty band that I believe, held 8 Roumds of 30/06. That is the CLIP.

Now, on our wonderful Semi-Atuo Firearms, the cartridges or bullets are in cased in a MAGAZINE thar held several and different amounts of ammo, better than 8 Rounds and easier to load. but bulky in large numbers, without care of more gear to carry; range bag.

Please don’t punish me for only desire to help. The military gentlemen are better to help in many areas and thank you.

With the current threats of violence being made by a party that-shall-not-be-named (starts with a D and ends with rats), I recommend both handgun and rifle. Have multiple plans of “engagement”. As far as over-penetration, establish mental “limiting stakes” for your fields of fire and know where your family members are located at all times. Make that 911 call early. For rifle ammo, use softpoints or hollowpoints. Know the choke points in your home and also the blind-spots. Know your bullet backstops. I would rather engage from the second floor downward with rounds backstopped by the front or back lawn. The closer you get to horizontal the more likely you are to hit a neighbor’s home (in my neighborhood). Also, stock up on fire extinguishers.

my opinin,the first step in home defense is home security. Window alarms,surveillance cams with motion flood lights, dead bolts,knob jams and a dog! If one could afford the price of ammo,firearms and range training…one could afford home security. If some unfortunate bastard gets passed all that…
Mossberg 12G pistol grip, 18.5",fully loaded and chambered. Birdshot. Low velocity will reduce shot going through walls. Buckshot puts family members at risk as BS will penetrate walls. Birdshot will do just as much damage to the bastard. Easy to maneuver and damn near no need to aim. I could be completely blind, as long as it’s pointed in the direction of the unfortunate bastard… game on. Rifle. Good luck swinging that thing around doorways within the home. Pistol and rifle. Good luck on getting the bastard to stand still while you try to aim in the dark. 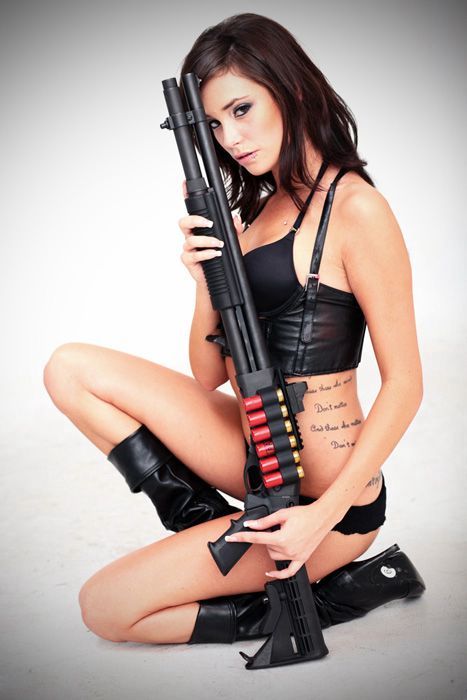 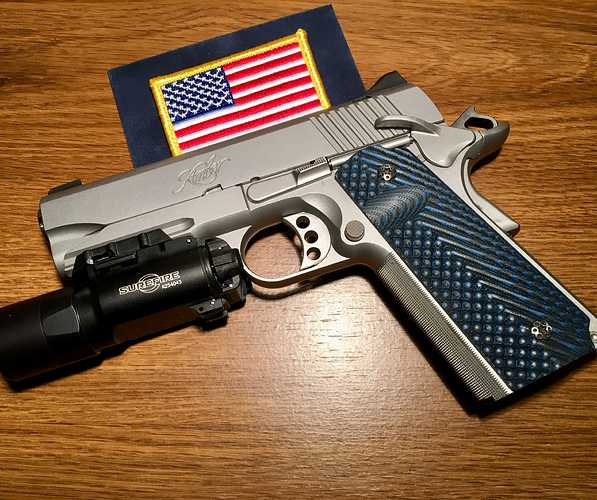 Always in condition one!

Oh, ya…forgot about getting the clip-carry-thingy a person wears about the body. It can hold something like 20 clips.

I dont either @John512. It’s on the bucket list though

Always in condition one!

Stop it, it is a family site!

I use both a handgun and rifle for home defense, with multiple handguns around the house in each room ready to go. I make sure the AR is near me in whichever room I happen to be in so it travels.

handguns around the house in each room

This is off topic however do you ever worry that they can be used against you while you’re out & about?

Honestly no. I think this way … any weapon you have on you or not can be used against you. You have to know how to use your weapon regardless and train with it to have it not be taken from you anyway, and to use it properly to have said advantage it provides. Further, the entry points in my house are known by my family, and I don’t have weapons too near to them. On top of that, the weapons are staged and not visible but fairly hidden. One would either have to know exactly where they are or rummage the house before finding one. In that scenario, if I am home, and say it was night and we are sleeping, and you have broken in and are rummaging, I am well within my legal right to outright defend my life against you thanks to my state’s laws. If I’m awake, you are not getting in to rummage anyway before being met with force. In the scenario where I’m not home and you rummaged and found one, well, again I’m well within my right to defend my life against you when I come home. It would be no different than encountering a person on the street threatening me with a weapon it would be a 50/50 chance anyway if they know how to use the weapon. If not, again I’m not worried. I have training, experience, and shoot every weak without fail, with drills. So, in a nutshell, nope not worried at all.

Yep whatever you have on hand! But myself I have a handgun and shotgun both available at my bedside. By the bedroom door I have my coyote rifle read for the four legged predators (will work on two legged as well)

I always keep a pencil handy😀

That’s only for target posts.lol

An Alarm system goes a long way… If they don’t think the 105 decibel siren will wake anyone and keep coming, My Weimaraner and a Rhodesian Ridgeback will surely make them think twice especially since a 45 will be backing them up,

I plan to use a pistol. It’s easier to lock up, in a close location, but most importantly, I am more confident with manipulating a running a pistol.

I’m a pistol guy, I like the rifles, and I’m working to get just as comfortable with those, but I love pistol shooting. I get to shoot pistols not, and I spend more time with them. If I were in a home defense situation in my house, I’d want a pistol. If I owned a mansion, I’d probably take the rifle