. I wonder if this is the first time that an automobile company was brought in to make a big tech company more innovative?

Aren’t you glad it’s not the other way around?
Imagine Bill Gates taking over to make cars more innovative… 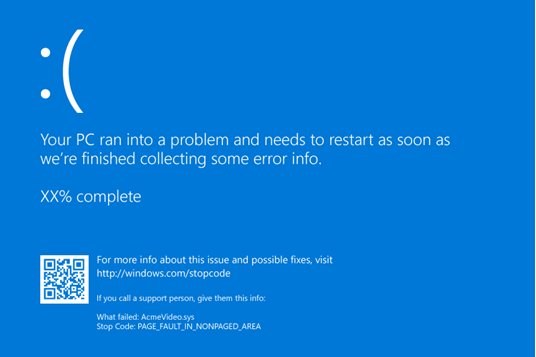 Oh, no. Portal usually comes with access logs, which tend to leak to Project Veritas. 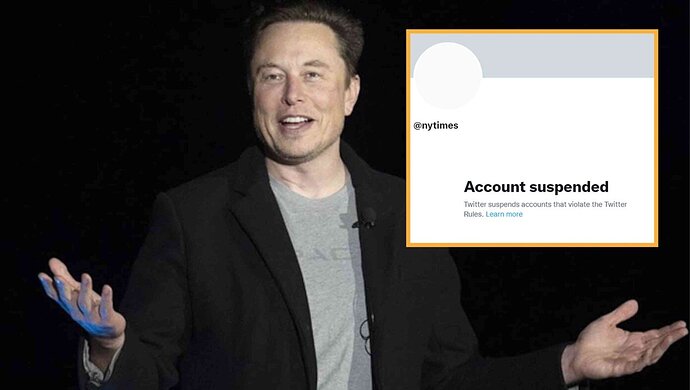 Following Through On Commitment To Address Twitter Disinformation, Elon...

SAN FRANCISCO, CA — New Twitter CEO Elon Musk, in a bold and forceful statement against sharing harmful disinformation, has suspended one of the largest purveyors of fake news on the entire social network: The New York Times.

IIRC, Musk said that, ideally, both conservatives and liberals would be equally angered. We’ll see how this plays out.

Twitter new owner Elon Musk promised civil rights leaders he will restore content moderation tools that had been blocked for some staff by the end of the week, according to three leaders who met with Musk on Monday.

Musk made the commitment during a Zoom meeting with the heads of some of the country’s leading racial justice organizations, including the National Association for the Advancement of Colored People, Color of Change, and the Anti-Defamation League.

I joked earlier about Twitter being a dumpster fire. I was referring to the public platform and the awful mess the users (real and fake) make of it. But I’m reading more and more stories about the dumpster fire of a company it is, too. There are all kinds of stories being shared about Twitter workers being forced to work very long days, weekends, even forced to stay overnight in the office. It sounds like they have a lot of internal culture problems they need to address before they can fix their platform.

If he’s actually trying to fix it, good on him. I don’t really care if it hurts a political group or not. Wouldn’t be getting all worked up about it if they would do the right things for we the people in the first place. not to sound cold, but I don’t see why that’s a problem with them having to work more. I’ve worked 84 plus hours a week for years. At one company I had a blanket and pillow to sleep on the floor in the conference room between calls…plant people do it all the time. A degree doesn’t make one immune from long hours and hard work. If they were doing such a good job in the first place, would the company be a dumpster fire, and require that much work and time to fix it?

I’ve worked 84 plus hours a week for years. … A degree doesn’t make one immune from long hours and hard work.

You’re correct, there’s nothing wrong with long hours from time to time. It is expected. A couple of quick things about the tech industry, though.

What I’ve been reading makes me believe that there’s been a culture problem at Twitter, where politics, social justice, and mismanagement have forced their best people to leave. Unless Musk can correct the root problem, it’ll be a death spiral.

I didn’t mean to insinuate that one required a degree to get a good job. I’m a firm believer that education is important, but there’s a multitude of opportunities that don’t require a degree that pay just as well, if not better than some requiring a degree. I mean to say that fairly often, I meet young people that are under the impression that the fact that they have a degree entitles them to an easy, stress free life. Business degrees don’t teach people to mistreat employees… people who aren’t meant to lead mistreat employees, and those people learn that skill on their own without assistance. A leader knows how valuable the people he supervises are, treats them with respect, and always takes into account that he/she doesn’t know everything. That said, they also hold employees responsible for their actions. If I and or my coworkers have slacked off at work, I would hope that my supervisor hold us all accountable, and requires us all to work overtime, because we are a team and it’s no one’s fault but ours that we have to work ot. If they are actually being kept from leaving, I would enjoy reading about the supervisors being charged for false imprisonment… Forcing someone to stay at work would be illegal, and judging from Elon’s success as a business man, I doubt he’s stupid… I have no doubt he will do whatever he can to fix it. Regardless of how much money he has, the price he paid for Twitter is a lot to throw away.

Too many managers, not enough leaders.

I tell everyone that I hire “if I do something and you want to learn it and are willing to put in the time, ask. The more tools you have in your toolbox, so to speak, the more you can make. The more you can do proficiently, the better I look. If I teach you everything I know, and one day you take my job, I did my job.” I won’t ask them to do anything I’m not willing to do, and I’m happy to help them if they need help. I think if their management were doing right by them, it wouldn’t have been the mess it is today. I also think that if you are a source of “news” it should be the truth. Not some skewed bs that fuels one person’s agenda. Integrity made like a movie and is gone with the wind…

Reportedly 50% layoff by 9am PST Friday.

AFAIC, “worked at Twitter” on a resume is bad rep. 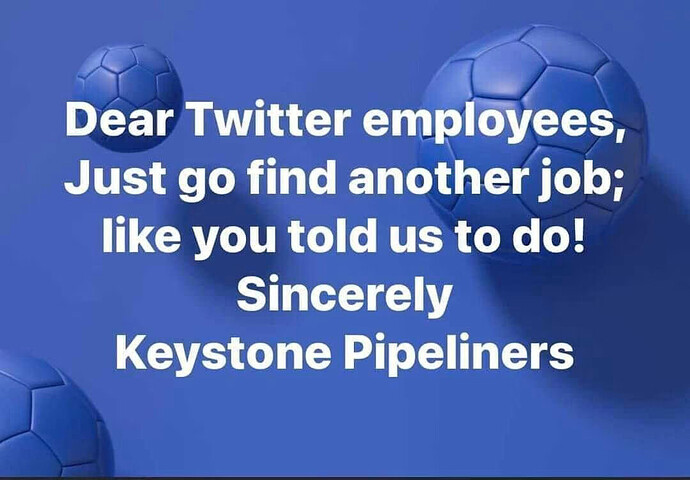 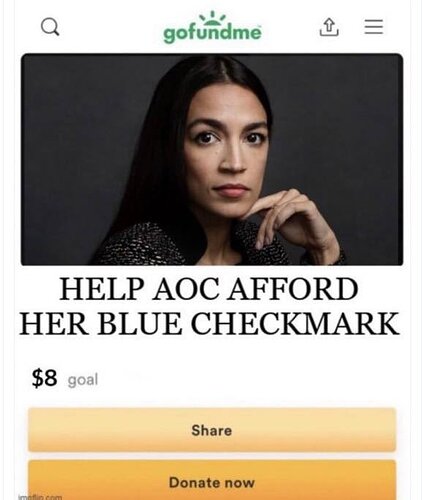 I would give her my 2 cents, but she is not worth that much.

Elon Musk comments on AI. Would we really trust any government to control AI.