Do you proudly keep a gun just because it's your Right?

A good friend recently purchased a revolver for no other reason than the 2A gives him the right to.
He wants to learn to handle, store and shoot it safely of course, but has no interest in self defense or anything else shooting related beyond the basics.
He spent a good deal of $$ on the revolver and all the necessary range accoutrements.
I asked him why and he replied because it was his Constitutional Right, and that you have to exercise your Rights, or you’ll lose them.

My hats off to him. I realized that I’m in pretty good company!
I wish more people were as actively protective of their Constitutional Rights.

Would you keep a gun for no other reason than just to do your part in keeping the 2A alive?

Would you keep a gun for no other reason than just to do your part in keeping the 2A alive?

I probably would, but it is hard to answer at this moment, once I’ve already decided to use it for my and my Family protection.

Small thing: The 2A doesn’t give him that Right. He has that Right inherently, the 2A tells the government it cannot infringe upon that Right. Just sayin

Would I for just that reason? Probably not. I’m more practical. I might say “because I can” when I don’t care to justify myself or get into a long winded convo about it like I might tell my kids “because I said so” in some cases because I don’t want to get into it or have to explain. But it’s not really simply because I can or simply because I spoke the words/said so

kudos to your friend. We need more people like him.

This is a difficult question for this forum, as many of us are hunters, and shooting sports participants.

2A tells the government it cannot infringe upon that Right.

Tell that to the folks in Illinois! 2A has just been shut down, as far as they are concerned it doesn’t exist!
God be with us, because the constitution is not!

I purchased mine purely for self defense purposes, with all the training and none of the accoutrements, today I want to buy an arsenal because our rights are being stripped, constitution be damned! It’s happening and it’s coming to a zip code near you! 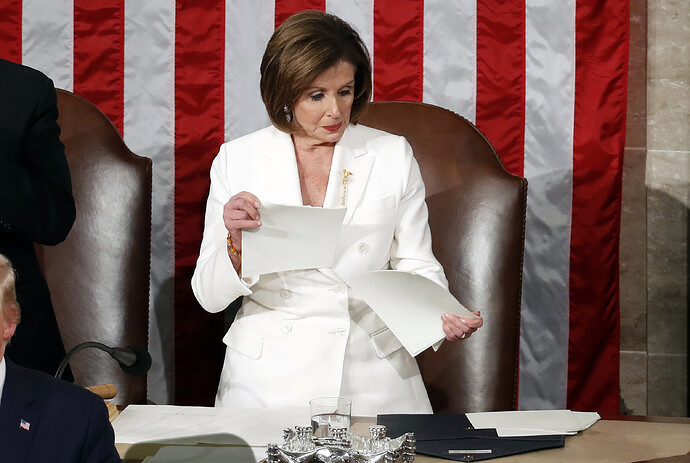 That wasn’t just the State of the Union, that was the tear heard around the world. That display was the beginning of the end!

When I was a kid we had guns around as Farm Tools, get the coyotes out of the chicken coop, chase the cats away from the lambs, get a deer or an elk to eat all winter. Wasn’t until much later in life, mid 20’s, that the legality thing even occurred to us. So I guess my answer is yes, but not belligerently yes.

In my opinion, he’s doing good even if he’s not intending on using it. Heck, you should convince him to buy one of your favorite ones and ask him to “borrow” it for a few years! The more guns in law abiding citizens’ hands, the better for gun rights.

@Aspen Welcome to our community, we are glad to have you here.

I built an AR style rifle because I came to believe that the 2nd Amendment is intended to preserve individuals’ ability to resist a tyrannical government. In my view, the ability to resist a tyrannical government was what the Founders meant by “well regulated” in the introductory clause since militias were often the means used by government to project armed authority or force onto others. “A well regulated Militia, being necessary to the security of a free State, the right of the people to keep and bear Arms, shall not be infringed.”

I believe it is important that responsible individuals should possess the means to resist a tyrannical government, and rifles, rather than handguns, are that means.

You bet I have. Not the only reason but I agree it is an inherent right that the second amendment only States cannot be taken away by the government. Well I purchased the rifle for a feral hog hunt I could have purchased what looked like a plane Jane sporting rifle but chose something that looked more scary even though it had no more potential just because the government was saying I shouldn’t.,…

Welcome to the Community @Aspen. Looking forward to your sharing.

I have always enjoyed shooting., But enjoy all types of firearms. And yes its a right also

The pic of Bella Pelosi ripping up Trump’s speech always gets me to thinking was her doing it legal. Now with Biden secret catch of files being exposed, I wonder if the FBI will raid his house like they did Trump’s? Of course the answer is no.

Come on now, It’s Joe, you know Lunch Box Joe, from Scranton. He didn’t mean to take and keep classified documents. He’s a regular guy, you know like you and me, rides the train, carries a brief case. No need for the FBI, heck his guys already told on him…

It was a prop more than likely. Otherwise, it could probably be an impingement of something ethical. It was all theater I’ll bet.

Yeah, but he was going to bring them right back; he just forgot is all.

He wants to learn to handle, store and shoot it safely

My firearms are tools for self/family defense, hunting and target shooting not for use as paper weights or political statements.

But I’m glad your friend is getting the firearm and training for whatever reason he has chosen since he will now have a very useful tool on hand should he ever need it.

Any new gun owner(whom isn’t a criminal,insane…ect )is an asset.Another yes vote for the right people if there is such a thing anymore.