Chinese Police - Coming to a town near you 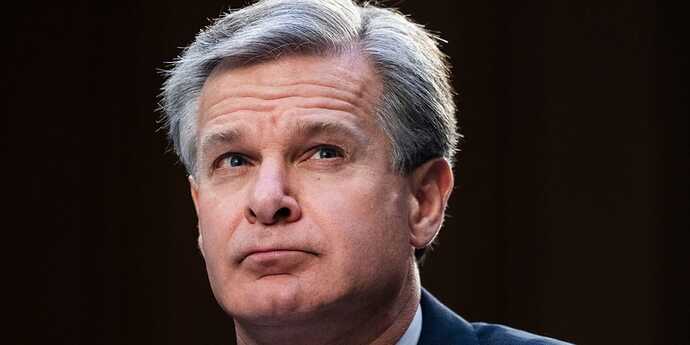 FBI chief says shadowy Chinese police stations in the US are 'outrageous' and...

"It's a real problem," Wray said, underscoring the US was not the only country where China is engaged in such activities.

How did you think they were going to circumvent posse comitatus?
What is our plan? A new meme? We better start standing up for our country!

These are the kinds of in roads that “the gum chewing” public cannot possibly fathom. We do not concern ourselves with the possibility of any type of invasions taking place on our shores. While i am not a conspiracy theorist, I am cognizant and aware that because of our penchant for laxity; life as we know it can change overnight. While we whine about the price of butter in the grocery store, or the price of gas at the pump, there is something more nefarious going on that we don’t even think could possibly occur. We are a sovereign nation, and any attempts to establish what has been revealed in this editorial should be instantly and with extreme prejudice put down! No questions. No considerations. No negotiations.
Burn’em out! So, that we can continue whining about things that don’t matter as much.

But, our xenophobia hurts someone else’s feelings

There comes a time when action to protect must override the way one feels. I cannot rely on feelings because they are fleeting, but failure to act, when necessary, will ensure that your feelings will be deepened by what could be your new reality. And even then, that’s all they will be, feelings.

“Wray said it would be “outrageous” for China to set up such stations without proper coordination.”

What the actual fudge? Any foreign government setting up, anything other than an Embassy is effing "outrageous*! Coordinated or not.

When did the idea of foreign powers setting up anything other than an Embassy become normalized? Properly Coordinated or Not. I missed that memo.

We are a sovereign nation

When did that change? Didn’t hear that news.

I agree with what you said

Welcome to the United States of “CHINA”!

I JUST woke up, anything exciting happening while we’re SLEEPING?

WHO’S WACTHING THE BACK DOOR!!

FBI Director Christopher Wray said he’s “very concerned” about secret Chinese police stations in the US.
“We are aware of the existence of these stations,” Wray said during a Senate hearing.

Well, thank God he is very concerned . If we only had a Federal Agency that was charged with safeguarding our Countries territorial integrity. A Federal Agency who’s remit was over the entirety of the United States.

If only that Federal agency, could step away from chasing down parents… oops, (sorry that was so politically incorrect of me) domestic terrorists who have issues with the school boards of where their children go to get educated at.

Maybe, they could actually do something about the existence of these stations of a foreign power on our Sovereign soil.

How is what the Chinese doing in the US any different than the FBI maintaining offices outside the US?

Reading your own link must be hard so i will do it for you.

The FBI, however, conducts investigations abroad only when invited by the host country.

"very concerned” about secret Chinese police stations in the US.

We’re aware of these stations, but we’re not actually going to do anything about them.

I’ll play. The FBI is not preparing to take down a country, the FBI hasn’t bought farmland next to United States Air Bases, the FBI has no need to steal technologies from the very people that are stealing it from us, that’s the CIA.
This is a chess game and Brandon and company have placed their pieces all over the country and in three moves it’s check! It’s mate when he gets reinstalled!

I’m glad I’ll be in the next world when you start singing the Chinese nation anthem on the North American continent or soon to be known as Eastern China!

The events of the last several years should underscore that the FBI – like the Chinese police – is a political agency that does the bidding of its political masters. For example, the Russian elections investigation involved an FBI that lied to a FISA court to conduct surveillance of Carter Page, relied on bogus evidence from the Steele dossier, announced that it had concluded its investigation of Clinton only to announce again in late October, coincidentally just before the election that it had re-opened the investigation.

I don’t think we’ll ever know who was pulling the strings for the FBI puppet show.

In my opinion, the FBI is not a law enforcement agency. It is a political agency. It reminds me of the FBI of my youth that wire tapped MLK and maintained secret files on citizens and politicians that the Director-for-life thought were threats.

Guess we’ll have to agree to agree, not a typo! You’re correct.
However, personally I think there’s an ulterior motive to Chinese police stations on U.S. soil. That seems extremely dangerous!

Sure they have ulterior motives. So does the FBI and CIA when they operate abroad, invited by a foreign government or not.

Complaining to the press is a ploy to build political pressure on someone else (State Department) to do something. Classic hallmarks of a political agency, pretending to be a law enforcement agency. 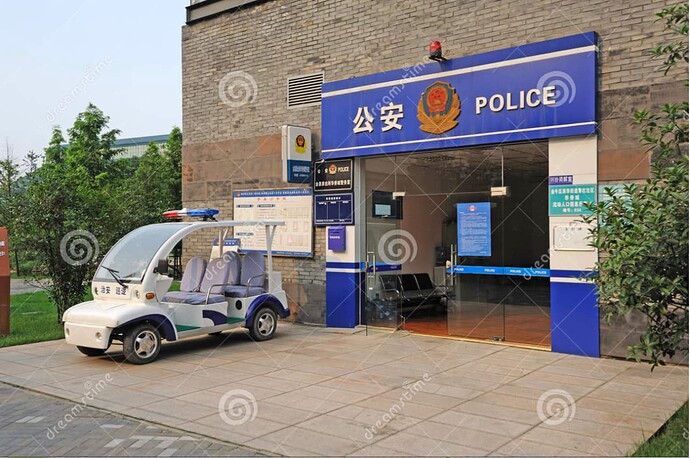 I read a few years ago how San Francisco’s Chinatown is no longer dominated by those who identify with Chiang Kai-shek. This was brought up at around the time Rep. Fartin’ Swalwell was rumored to have banged “Christine” Fang Fang.